The Rise & Fall of Empires, Nations, & City States has been Going on for Thousands of Years – It's Just Our Turn

COMMENT: Marty: I was re-reading Herodotus and saw early in his book a reference to the rise and fall of civilizations pertinent to the concept of capital flows:

“For many states that were once great have now become small; and those that were great in my time were small before. Knowing therefore that human prosperity never continues in the same place, I shall mention both alike.”

Here is the source for the above translation.

I studied Ancient Greek in college.  “Prosperity” is the proper translation of  “Eudaimonia” (Greek: εὐδαιμονία) in this context.  See also this.

I thought you may find this of interest in case you hadn’t noticed this before in your readings.

Be well and thank you for your work and your continuous improvements of Socrates. 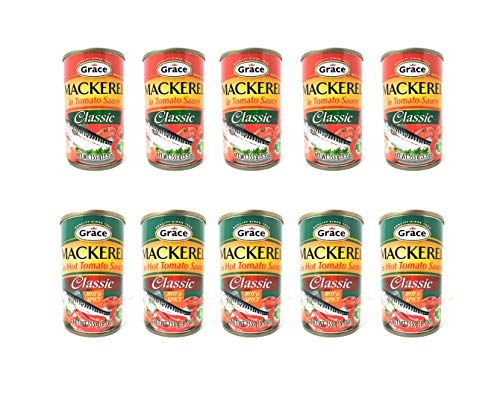 REPLY: Yes, great to point that out. To put this in context for the non-Ancient historian, when Herodotus had written that, it was about 2,000 years after the rise and fall of the Sumer Empire, which is the earliest known civilization in the historical region of southern Mesopotamia. There were the Minoans, Troy, Greek Heroic Age, Babylon, and Cyrus the Great who conquered Lydia, the Hittites, and the Assyrians.

Civilization in its primeval state was already at least 6,000 years before Herodotus. It was ancient history to them of the Greek Heroic Age when Evander entertained the stranger of Troy. The relics of the glory of civilization still littered the landscape during the age of Herodotus like the gates to Babylon which have survived in the Berlin Museum. History is delineated by the fancy of Homer and later by Herodotus. Athens was but a solitary thicket during the Age of the Hittite. The temples of Asia Minor (Turkey) had long been crowned with the gold of Lydia when the Greeks were rising again. But those temples would be overthrown and the gold will be pillaged, as the wheel of Fortune accomplished her revolution, and the armies of Alexander the Great would conquer the world about 100 years after Herodotus.

The ruins of the Minoan Empire were already 1200 years before Herodotus. The old walls of Knossos near Heraklion and the ruins of the Minoan palaces are the largest archaeological site of all the palaces on the Mediterranean island of Crete destroyed by the eruption of Thera around 1650 BC, leaving the remains that are known as Santorini.

At the time of Herodotus, coins were a comparatively modern invention just a little over 200 years old. Before that was simply the Bronze Age, where the Minoans used ingots of bronze in trade cast in a sheepskin shape, which was the common standard of monetary exchange in the Greek world. 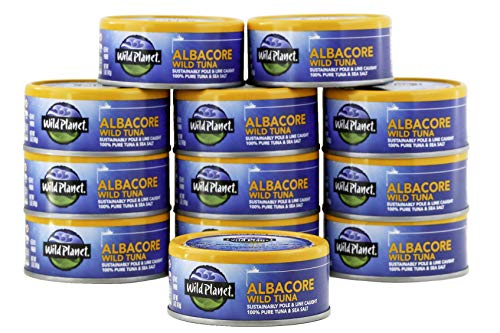 Today, it is hard for most people to visualize a timeline of history. Eridu is often considered the oldest city among the ancients, for it is mentioned in the Sumerian King List: “In Eridu, Alulim became king; he ruled for 28800 years. Alalngar ruled for 36000 years. 2 kings; they ruled for 64800 years. Then Eridu fell and the kingship was taken to Bad-tibira.” Damascus in Syria has been established as being as old as 10,000 years, and the city of Jericho is nearly as old. A major Bronze Age city, Catal Huyuk (c 7500-6700 BC), has also been argued to be the first real major city displaying true urbanization with trade guilds for construction, agriculture, and even art as many homes had painted murals. Even this was about 6,000 years before Herodotus.

The rise of great empires was comparatively modern history to Herodotus being within 3,000 years of his birth, and yet even he proceeds Alexander the Great (356-323 BC). Indeed, even before urban cities rose when the ground was covered with thorns and weeds, there was the Neolithic Age in most of the world where they built religious monuments out of stone which made the transitional period of the Chalcolithic Age from about 4500 BC. Monuments such as Stonehedge are believed to have been constructed around 3000 BC or about 2500 years before Herodotus.

Each of these empires viewed themselves as the citadel of the earth and the terror of kings. Their history was recorded by the footsteps of so many triumphs of the age of conquest, which enriched their treasuries with the spoils of war and tributes of subservient city-states. Each was a feared spectacle of the world, viewed as invincible. The Hittite Empire rivaled that of Egypt, and indeed it was feared by the Egyptians. The Hittite Empire reached its peak under the reign of King Suppiluliuma I (c. 1344-1322 BCE) and his son Mursilli II (c. 1321-1295 BCE) after which it declined and, after repeated attacks by the Sea Peoples and the Kaska tribe, fell to the Assyrians. 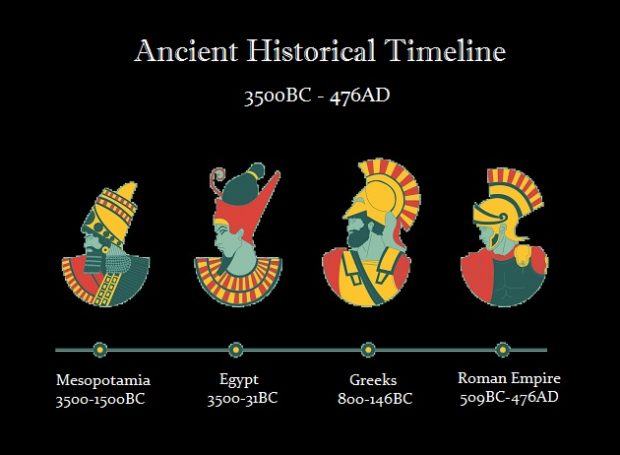 Indeed, in studying history I was fascinated by the rise and fall of so many great empires that each assumed would last forever. I was confronted by the repeating question: How did it fall? How did its culture change? How was its greatness defaced by the passing of time? The path of victory for each was soon obliterated with the passing of time. Its palaces were covered by the sands of time and often concealed from the modern view. Yet, we too seem to never consider the fall of our own great societies. We too assume we will last forever. 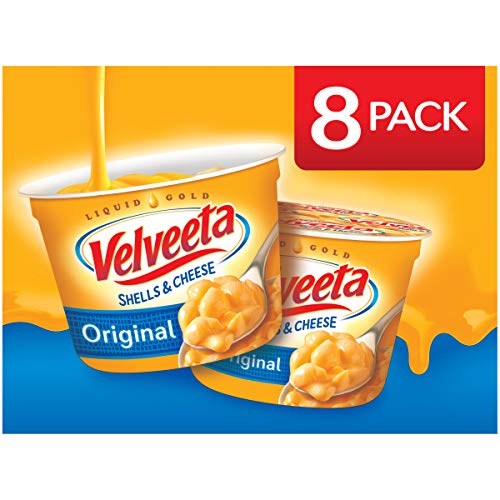 Alexander the Great’s (356-323 BC) conquering of the Persians produced a massive volume of silver and gold bullion, plundered from their treasuries at Babylon, Sardes, Susa, and Persepolis. At the beginning of his reign in 336 BC, the Macedonian kingdom was 500 silver talents in debt (one talent was 26 kg of silver) which was over 400,000 ounces. This was satisfied when, from the treasury of Persepolis alone, Alexander claimed 120,000 silver talents worth of bullion.

The significant influx of precious metals led to the first one-world currency in the West as he standardized the monetary system. The same design was struck with symbols denoting where the coins were struck like modern mintmarks on coinage or on printed notes of the euro. Alexander struck the largest Greek gold coin issued up to that time: the gold distater (20 mm, 17.26 grams)(a stater was 8.56 grams). With a value of 40 silver drachms, the distater was likely used to pay Alexander’s veteran soldiers who were awarded for their labors with a silver talent (6,000 drachms). This new denomination meant that a talent could be paid out as 120 gold distaters. The reverse is a representation of Alexander’s victory, depicting Nike the goddess of victory. 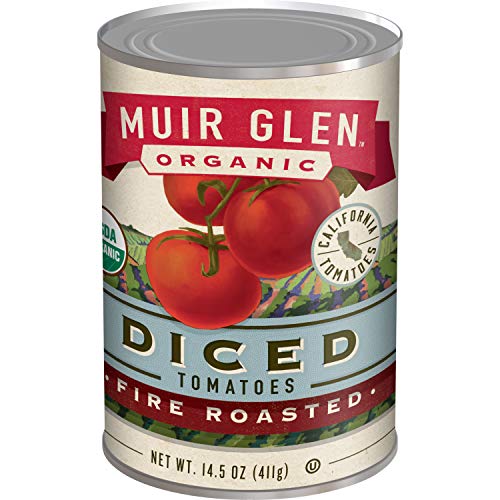 Therefore, Herodotus died about 20 years before the fall of Athens itself in 404 BC to Sparta. His perspective of the empire that came before him is about the same as our view of ancient Athens during his lifetime. The Athenian Empire collapsed in 404 BC, and the public and private edifices that were founded for an eternity of Athens and all the empires before his time still lie prostrate, naked, and broken, simply the limbs of a once-great mighty empire which lie in ruin as a visible reminder that political states also die just as any biological lifeform.

These stupendous relics of history should remind us that all empires are mortal. We too will not survive the pains of time and fortune, because we too believe we are invincible and will last forever as everyone that has preceded us for 6,000 years. So the words of Herodotus will still ring true even after 2032. The edifices Klaus Schwab and his World Economic Forum, including heads of state and billionaires, are destroying in thinking they can rebuild a new world order from scratch like Karl Marx is fulfilling perhaps Schwab’s role in bringing about the decline and fall of Western society for 2032.

“For many states that were once great have now become small; and those that were great in my time were small before. Knowing therefore that human prosperity never continues in the same place, I shall mention both alike.”

The Covid Narrative as an Occult Work of ArtAfter a Year Under Lockdown, Will Our Freedoms Survive the Tyranny of Covid-19?