Doug Casey’s Note: It was good to hear from my old friend Francois. He sent along this stream-of-consciousness piece touching on a few African countries. I promise it gives a lot more of the flavor of backward parts of the Dark Continent than reading some report put out by the IMF.

For the first time in my life, I am asked the question, “Would you like to come with us to the jungle and see the gorillas?” The assistant minister isn’t joking. With a proud smile on his face, he leans back against his chair behind his desk, expecting my affirmative answer. I stare back at him for a concerned moment. I’m not really a dog person, nor am I a gorilla one. He adds, “It’s not really that dangerous.” Really now? I want to make a friend, and I don’t want to be impolite. I know that in Rwanda, they love their gorillas, so I begin quantum-calculating the danger percentage this proposition entails. With a disturbed 300-pound gorilla chasing me in the jungle, my life expectancy is zero minutes. “Yes,” I nod, “I’ve seen that in a Hollywood movie many years ago. Looked like fun.” Suddenly, the office door swings open, and a secretary appears. “The minister is now ready to see you,” she tells me. I leap up from my chair. I walk toward her and smile. She’s dark and lovely, clad in a tight yellow dress. She reciprocates with a professional smirk and does a graceful about-turn, offering her beautiful, partially bare back. After a second of motionless admiration, I march behind her straight out of the office, scot-free of the gorilla meet-up.

I’m flying to West Africa again to see a gold-mining area, and I’m glad because Rwanda was mostly just talk. First, I need to make sure I get out of Gabon. I have a seven-hour layover here before catching a connecting flight to the west of the continent. “What do you mean, you are keeping my passport?” I stare down at the airport official behind a large windowpane as he puts my passport aside. “We don’t want you to go anywhere,” he answers. I look all around myself for a beat — I’m in Libreville, inside its crackerbox airport — “Where can I go—I’m in Gabon!” Before I walk off, he tells me, “Go to the lounge upstairs—before your plane leaves, we’ll find you and give you your passport.” The windowpane looks bulletproof and definitely fist-proof. All I can do is glare at the man a long beat in disbelief as I suffer the unexpected indignity of being separated from an important personal belonging.

I make for the stairs. I enter a large lounge with benches and several white men sitting around. A couple are wearing cowboy hats. They look spent and dejected. White cowboys in Gabon, that doesn’t make any sense, I tell myself. The departure/arrival screen shows the very next flight is for Houston, non-stop from Libreville. I look back at the guys — and now, I get it. Oil men. Going home after months on foreign-owned oil rigs.

As it’s the fifth-largest oil nation in Africa, a good portion of Gabon’s oil goes to the United States. Once a French colony, now officially called the Gabonese Republic, its economy mostly relies on oil, gas, and timber. Notwithstanding the fact that only two presidents have been elected in more than fifty years, the country has been doing remarkably well with its 2019 GDP per person at 8,300 USD. The media is entirely owned by the government as well as its principal oil company, so I assume the Gabon deep state doesn’t have any worries.

West Africa has a familiar topography. It’s good to be back. I am sitting inside this seven-seater Toyota Landcruiser, right behind the driver, with four other guys. We have left the city and are heading north for the artisanal mining site, located halfway up to the border of Burkina Faso. I got picked up at the hotel at 4 am; it’s 6 am now, and everyone has fallen asleep except me and the driver. I check behind me. The bodyguard is deep asleep on the very back seat. The geologist, shotgun to the driver, is out. The mine owner is next to me, slouched and snoring. I don’t want the driver to doze off, too, and end up in a ditch. I inch forward towards his seat, almost breathing on his neck. I make him feel my wakeful presence. I stay there, in that position, for two hours until we finally reach our destination.

The narrow trail leading to the mine cuts through flat, lush-green territory, sparsely inhabited by farming communities. The path is dotted with mango trees, and the golden fruits are strewn on the ground around each tree. The fruit ripens twice yearly or more in Africa. Each mango would cost two euros, at least in Europe. Here, they lie on the grass by the hundreds. It’s scorching, so every 15 minutes, I stop and pick one up. I peel it with my hands, walk, and eat. No matter the tree, each mango I taste is a delicious boost to paradise. 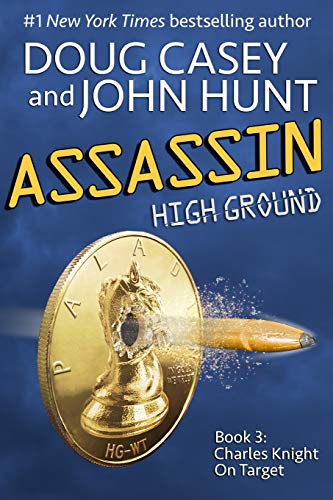 The mine is a hole-ridden, sandy bank by a lovely stream, just as I was told. For years, local artisanal miners have been digging manholes and tunnels, manually extracting minute amounts of gold. The African geologist begins to explain his findings. He substantiates them with his research paper, the information he had given me the day before. According to his mineralization test, washing 1,000 liters of the local ore here would yield two grams of gold. I believe him, but will the investors be interested in this place? There would need to be a lot more testing done, and millions spent because no detailed exploration work has been done in this area, apart from the artisanal gold workers mining the alluvial gold. I take pictures, talk to some of the local miners, and get some fresh gold samples — mined on the spot by the river. Then it’s time to head back to the city.

A casino is adjacent to my hotel. I don’t gamble, but it’s my after-dinner walk and I don’t have anything else close by to see. It’s a very long, one-story villa, surrounded by well-cared-for plants and low bushes. Mario, the manager, greets me shortly after I enter. He’s in his mid-sixties, silver hair gelled back, an old-school charm about him. He’s very friendly, and we begin chatting. “What brought you all the way here from Italy?” I ask him. “I worked in Kenya for almost thirty years, ran two casinos there since the mid-eighties. It was like paradise; then, things got dicey. I didn’t like it anymore, and I came here.” I look around, and the joint is rather quiet. There are a couple of eastern European hostesses, a white croupier, and a few Chinese people. 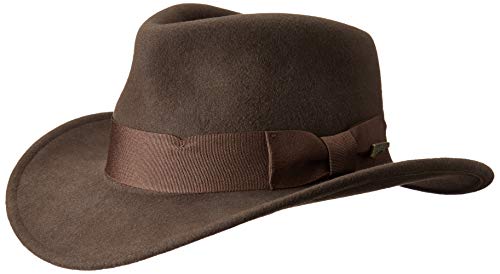 “Do you get a lot of Chinese?” to which he replies, “Are you kidding? Our main customer.” I look at one of them sitting at a blackjack table. “I thought they were frugal.” He shakes his head, “Not frugal when it comes to gambling. If you come here at five, six pm, they are all here playing their minds out—and their wallet,” he answers. “Did you ever befriend any of them?” I ask him. “I’m friends with a police chief.” I look at him quizzically. “Chinese police, here?” He smiles. “Of course. They’ve brought all kinds of people here from China, from engineers to convicts. They have to keep an eye on everybody.” This is a world I know nothing about, but since Mario is still free to converse with me, we keep on talking. “So what happens when they lose?” I ask. “I congratulate them on how lucky they are when they win, I comfort them when they lose, and on their way out, I wish them better luck next time.” Mario has to leave, so before shaking my hand, he orders the bartender to fix me a drink—on the house. Maybe he thinks if I stay longer, I’ll give his tables a try. Maybe he was just being nice. He sure has his skills down.

Snow is melting into water on the rooftop across from my window. Because of the lockdown, the streets are quiet — so quiet I can hear the water droplets hit the concrete as they fall. The droplets have a tempo. The snow pumps them down the roof into liquid, slowly but surely, one at a time, in perfect rhythm.

I have been writing this piece, and my soul hasn’t entirely dwelled here at this desk, in the cold of the Eastern European winter where I am. It’s been floating freely after jetting off to a long, warm African state of mind. But suddenly, I am back. For a long moment, I stare out the window and really wonder. When will this damn lockdown be over? When will I fly again to see her? Because now I’m missing her, Africa.