The Stock Market, Fatally Wounded by the Truth, Will Stumble and Crash

It didn’t have to be this way, but this is the reality we must now face: truth is fatal to fraud, and our entire financial-political system is a fraud.

The stock market has just been punctured by the thin blades of truth. It is fatally wounded but nobody dares notice. The wounds are barely visible, but the internal damage is mortal. The stock market is already stumbling and will soon crash.

The banquet’s participants ignore the faltering market because the rules are we never reveal the truth, or acknowledge it, or discuss it, no matter how obvious, because truth is fatal to fraud. So the stock market’s vital signs are in freefall but the conversation remains upbeat and light: stimulus, rapid growth in the second half, etc., all the patter of a carefully constructed illusion that fraud is forever as long as the truth never comes out.

Alas, the truth has emerged from the shadows, despite the silence of the insiders and the financial media. Here are the truths that have emerged like karmic genies:

2. The Fed is a fraud. All the Federal Reserve has accomplished in 13 years of goosing the stock market is unprecedented wealth and income inequality as the fraud of the Fed has boosted the fraud of the market, which has fatally undermined America’s social and economic orders. Please read this short paragraph and let it sink in. Monopoly Versus Democracy (Foreign Affairs):

Ten percent of Americans now control 97 percent of all capital income in the country. Nearly half of the new income generated since the global financial crisis of 2008 has gone to the wealthiest one percent of U.S. citizens. The richest three Americans collectively have more wealth than the poorest 160 million Americans. 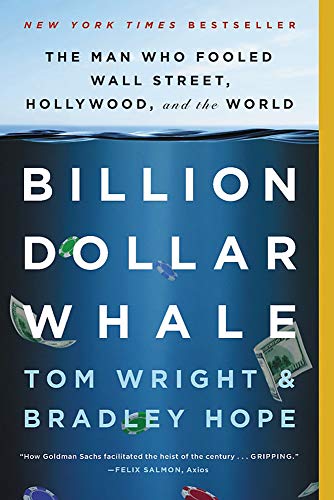 Thanks to the tightly bound frauds of the Fed and markets, the bottom 90% of Americans own essentially zero capital that produces income and the vast majority of all income gains since 2008 has been siphoned off by the top 0.1% (see chart below from the New York Times.) Three monopolists own more wealth than half the nation’s citizens.

Yet the fraudsters in the Fed laughably insist their policies haven’t created inequality on such a vast scale that is has destabilized the nation. The Fed’s credibility is zero, yet the financial media tiptoes around, proclaiming the glory of the Emperor’s illusory clothing.

Previous article by Charles Hugh Smith: The Most Hopeful Scenario for 2021

A Tale of 2 JanuarysThe Billionaire Takeover of Civil Society