The Disaster of Bretton Woods vs. a Real Gold Standard

The French economist Jacques Rueff was the foremost opponent in the twentieth century of the gold exchange standard, and his defense of the classical gold standard deserves close study. In this outstanding intellectual biography of Rueff, Christopher Chivvis, a political scientist working for the RAND Corporation, shows that belief in monetary stability dominated Rueff’s long and distinguished career. 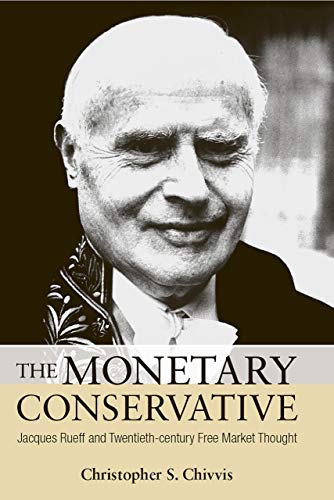 Rueff’s commitment to the free market stemmed from his days as a student at L’École polytechnique, “a venerable training ground for future servants of the French state” (p. 19). Here he came under the influence of the economist Clément Colson, a strong supporter of the free market, although he was not a strict supporter of laissez-faire in the style of Paul Leroy-Beaulieu, the leader of the “Paris school.” Rueff adopted the position he had learned from Colson and held it throughout his professional life: although the free market was for the most part desirable, there was a role for the state as well. He did not fully share what in an essay in honor of Mises he called the latter’s “intransigence,” though on the deficiencies of the gold exchange standard he equaled or exceeded it.

Rueff’s fundamental argument is this. The greatest danger to the system of market prices is inflation, which impedes, if it does not altogether prevent, market coordination. What leads a government to inflate is deficit spending. If government programs are not paid for through taxes, the market is disoriented. People make investment and consumption decisions that lack a basis in genuine preferences because of the false prices that guide their actions. Inflation was “the work of the devil, because it respects appearances without destroying anything but the realities” (Rueff, qtd. on p. 105).

Rueff’s analysis of the consequences of inflation is clearly rooted in and intended as an explanation of the interwar crisis. Faced with a cacophony of demands in the wake of World War I, one European government after another was driven down the road toward deficit spending, inflation, and eventually rationing and price fixing. Price fixing only created false rights…as social disorder increased, so did the appeal of totalitarian solutions to society’s problems. The destruction of property rights and the uprooting of the legal and constitutional foundation of society thus created the perfect environment for the rise of totalitarian dictatorships, which came to be seen as the only means of repressing inflation and restoring order. (p. 108)

The battle against inflation must be waged in the international monetary system as well as within each national economy, and here Rueff’s struggle against the gold exchange standard comes to the fore. In the Bretton Woods arrangements after World War II, the US dollar was convertible into gold at a fixed rate of exchange, but other countries’ monies needed only to be convertible to dollars. 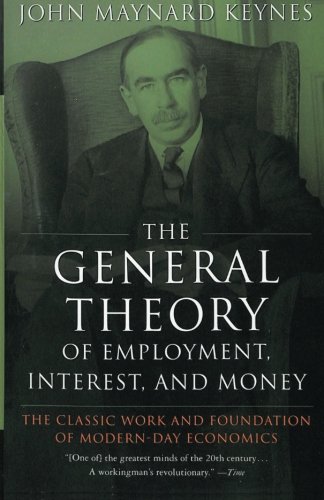 Rueff’s central claim was that the U.S. deficit was the product of the Bretton Woods system…the problem was rooted in the growing use of dollars as foreign exchange reserves, which allowed the United States to run a balance of payments deficit without experiencing any contraction of domestic credit. Though dollars might theoretically be converted into gold, thus leading to a contraction in the U.S. monetary base, in practice, countries were very unlikely to contract when they could simply reinvest their dollars in U.S. money markets, which, unlike gold, earned interest….As long as this was the case, however, the U.S. deficit would continue to plague the system, and the dollar’s gold link would grow increasingly tenuous. (pp. 163–64)

Rueff turned out to be right, and under Nixon, the Bretton Woods system collapsed. But the US substituted for it an even more expansionary arrangement, just the opposite of the solution Rueff favored:

Rueff’s remedy for this situation was an end to the use of dollars as foreign exchange reserves and a return to convertible money. If the use of the dollar as a reserve currency were eliminated and the gold standard were reestablished, he wrote, the U.S. deficit would automatically require a restriction in the U.S. monetary base, a contraction in the United States, and a reduction of the U.S. deficit. In other words, a return to the gold standard would impose discipline on the United States, forcing it to spend within its means, while at the same time reducing the global inflationary impulse the Bretton Woods system was engendering. The deficit would come to an end, as would the arbitrary growth of government credit. (p. 165)

Rueff’s steadfast defense of the classical gold standard set him at odds with Keynesian economics, and Rueff proved equal to the challenge. He developed a penetrating critical analysis of Keynes’s General Theory. In brief, Keynes argues that the sum of consumption and investment spending can be insufficient to generate full employment if hoarding of money is widespread. Rueff responds that, given price flexibility, the demand to hold cash will not cause unemployment. Instead, it will shift resources to meet this demand. 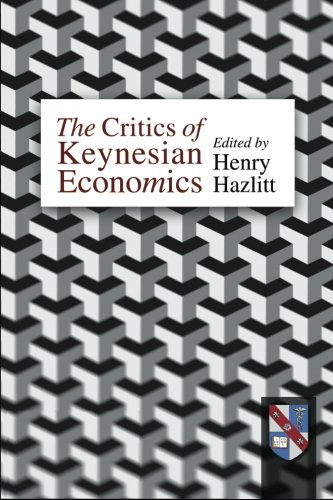 Rueff attacked Keynes’s argument on the grounds that a shift from demand for goods and services to demand for liquidity or cash balances could not have a significant long-term effect on an economy. The claim was most easily illustrated in the case of the gold standard, where an increase in demand for cash would create an increased demand for gold and thus shift resources away from the production of other goods and services toward gold. This, in turn, would tend to increase the profitability of producing gold, increasing employment in that sector, and thereby resolving the unemployment that the original shift away from consumption had created. Rueff had more difficulty explaining how this same mechanism would function under a nonmetallic system, but he insisted that it did. (p. 135)

One could wish that Chivvis had made more of an effort to explain Rueff’s reasoning.

If we turn to Rueff’s article “The Fallacies of Lord Keynes’ General Theory” (available in The Critics of Keynesian Economics, ed. Henry Hazlitt, pp. 238–63), it is easy to excuse Chivvis’s truncated exposition. Rueff has his own way of explaining things, in large part influenced by his training as an engineer at the Polytechnique, and he is frequently hard to follow. For that reason, the article has been neglected (though Rothbard cites it in Man, Economy, and State), but it is a major effort of striking originality and depth.

Much of The Monetary Conservative offers a detailed account, here passed over, of Rueff’s long career in high financial circles. One can only admire the consistency of Rueff’s defense of sound money from the days of Raymond Poincare in the 1920s to Charles de Gaulle in the 1950s and ’60s. I hope that Chivvis’s book will lead to a revival of interest in this great economist and defender of freedom.

Previous article by David Gordon: What Should the West Rally behind? Not the State

Janet Yellen’s Return and the Financial Storm Ahead…The Riddle of Steel . . . and the EV