What Happened: A new study published in the International Journal of Environmental Research and Public Health has, according to the authors, discovered that vaccinated children require far more healthcare than unvaccinated children. At least that’s what they found from the group of children used to collect the data.

None of the post licensure-vaccine safety studies have included comparisons to groups completely unexposed to vaccines.

The data source for this study was all billing and medical records of Integrative Pediatrics, a private pediatric practice located in Portland, Oregon.

The study emphasizes the need for more research given the fact that, again, there is hardly any in this area. They concur with Mawson et al., 2017 , who reported: “Further research involving larger, independent samples is needed to verify and understand these unexpected findings in order to optimize the impact of vaccines on children’s health” and with Hooker and Miller 2020, who wrote: “Further study is necessary to understand the full spectrum of health effects associated with childhood vaccination”.

These studies mentioned above also had similar findings.

According to the authors,

Vaccines are widely regarded as safe and effective within the medical community and are an integral part of the current American medical system. While the benefits of vaccination have been estimated in numerous studies, negative and nonspecific impact of vaccines on human health have not been well studied. Most recently, it has been determined that variation exists in individual responses to vaccines, that differences exist in the safety profile of live and inactivated vaccines, and that simultaneous administration of live and inactivated vaccines may be associated with poor outcomes. Studies have not been published that report on the total outcomes from vaccinations, or the increase or decrease in total infections in vaccinated individuals.

Another great example comes from a study published in 2017 that examined the introduction of the diphtheria-tetanus-pertussis vaccine (DTP) in an urban community in Guinea-Bissau in the early 1908s. They found that the DTP vaccine was associated with 5-fold higher mortality than being unvaccinated. The authors state the following: 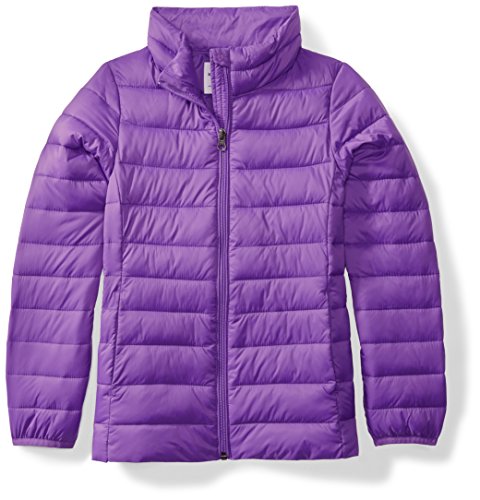 All currently available evidence suggests that DTP vaccine may kill more children from other causes than it saves from diphtheria, tetanus or pertussis. Though (this) vaccine protects children against the target disease it may simultaneously increase susceptibility to unrelated infections.

This new study points out,

Pre-licensure clinical trials for vaccines cannot detect long-term outcomes since safety review periods following administration are typically 42 days or less. Long-term vaccine safety science relies on post-market surveillance studies using databases such as the US Food and Drug Administration (FDA) and Centers for Disease Control and Prevention (CDC’s) Vaccine Adverse Events Reporting System (VAERS) and the Vaccine Safety Datalink. VAERS is a passive reporting system in which, according to Ross 2011 , “fewer than 1% of vaccine adverse events are reported.” The Vaccine Safety Datalink (VSD) can, in principle, according to the Institute of Medicine (IOM, 2013), be used to compare outcomes of vaccines and unvaccinated children. Based on the IOM’s recommendation, in 2016, the CDC published a white paper (CDC, 2016; Glanz et al., 2016) on studying the safety of their recommended pediatric vaccine schedule. Unfortunately, to date, no studies have been published comparing a diversity of outcomes of vaccinated and unvaccinated children. 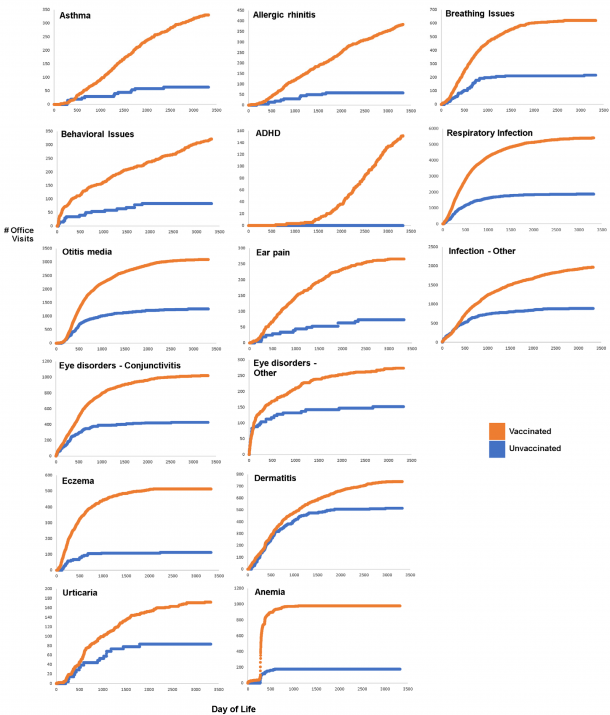 For methods used, limitations, and more please refer to the study.

The parents that I work with in New York, that I see around the country are very concerned that their rights are being taken away, that their knowledge about the science is being pushed away by an agenda that only says, unvaccinated children are a problem. 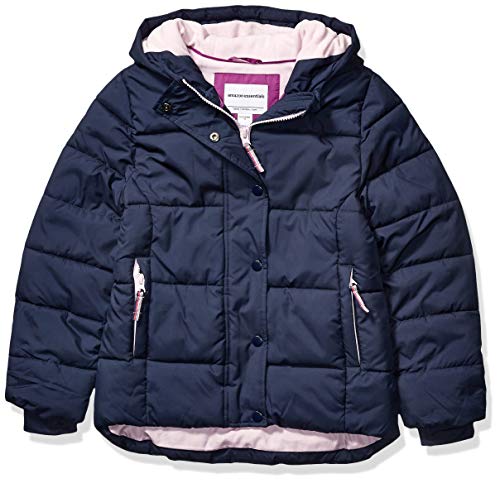 No study has every been done in this country, appropriately, to address the health outcomes of children who are vaccinated versus the children who are unvaccinated. I have been seeing families in my practice for over 20 years, that have opted out of vaccination, they are the healthiest children I’ve ever seen. – Dr. Lawrence Palevsky, a NY licensed paediatrician

Why This Is Important: Given the fact that the  National Childhood Vaccine Injury Act (NCVIA) has paid out approximately $4 billion dollars to families of vaccine injured children, there are clearly, in my opinion, some valid points here, especially against compulsory vaccinations. Again, as mentioned above, VAERS only accounts for an estimated 1 percent of vaccine injuries, this one percent is what is recorded.

A 2010 HHS pilot study by the Federal Agency for Health Care Research (AHCR) found that 1 in every 39 vaccines causes injury, a shocking comparison to the claims from the CDC of 1 in every million.

Take the MMR vaccine for example, if you search on VAERS, as of 2/5/19, the cumulative raw count of adverse events from measles, mumps, and rubella vaccines alone was: 93,929 adverse events, 1,810 disabilities, 6,902 hospitalizations, and 463 deaths. Again, don’t forget about that 1% figure cited in the study.

There are a number of legitimate concerns about vaccine safety that would require quite a long and very in-depth article, but I just wanted to let the reader know here briefly. Aluminum for example, is another concern I’ve written quite a lot about.

These are a few reasons as to why vaccine hesitancy is at an all time high, even among many physicians and scientists. This has actually been observed for a while. For example, one study published in the journal EbioMedicine  in 2013 outlines this point, stating in the introduction:

Over the past two decades several vaccine controversies have emerged in various countries, including France, inducing worries about severe adverse effects and eroding confidence in health authorities, experts and science. These two dimensions are at the core of vaccine hesitancy (VH) observed in the general population. VH is defined as delay in acceptance of vaccination, or refusal, or even acceptance with doubts about its safety and benefits, with all these behaviours and attitudes varying according to context , vaccine and personal profile, despite the availability of vaccine services VH presents a challenge to physicians who must address their patients’ concerns about vaccines and ensure satisfactory vaccination coverage.

At a 2019 conference on vaccines put on by the World Health Organization this fact was emphasized by Professor Heidi Larson, a Professor of Anthropology and the Risk and Decision Scientist Director at the Vaccine Confidence Project. She is referenced, as you can see, by the authors in the study above. At the conference, she emphasized that safety concerns among people and health professionals seem to be the biggest issue regarding vaccine hesitancy. 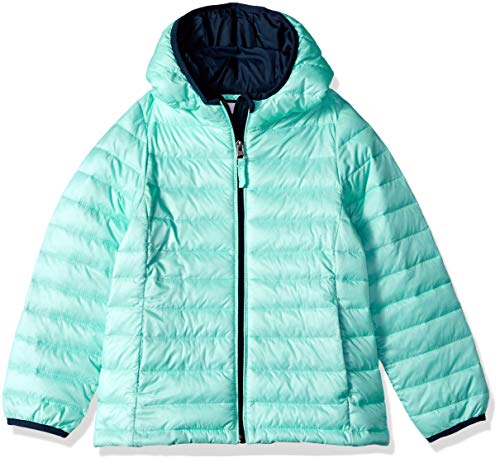 The other thing that’s a trend, and an issue, is not just confidence in providers but confidence of health care providers, we have a very wobbly health professional frontline that is starting to question vaccines and the safety of vaccines. That’s a huge problem, because to this day any study I’ve seen… still, the most trusted person on any study I’ve seen globally is the health care provider…

Is there not enough information here alone to warrant informed consent? I have a hard time understanding how someone who would take the new COVID-19 vaccine, for example, would be worried about me contracting the virus if they are protected?

A Deeper Discussion. What Do We Do About The Increasing Vaccine Pressure?

So many are concerned about mandatory vaccination. Further, many are starting to see that mandated vaccines may not be the future, but that services and options will be denied unless you can prove you have been vaccinated. Is it still the time to point the blame? Or is there a radical new approach we must take? A shift in our worldview, re-examining who we think we are, why we are here and what world we want to create is where we will begin to find the answers we are looking for. Has the dualistic fight the enemy method worked in the past? Are we not still here regardless of having used this method in the past? Maybe it’s time for a new conversation, one that looks at ourselves in a whole new light. This perhaps is how we will solve our ongoing challenges at their core.

Below is a deeper discussion about it from CE Founder Joe Martino.  You can follow me, Arjun, here on Instagram.

Look to the Altar, Not the ThroneTrump Lays Out the Myriad of Ways Democrats Cheated in Biggest Election Scandal in US History