The Atheism of the West

Augusto del Noce (1910-89) is among the least well known of the brilliant political philosophers of the twentieth century. …Del Noce developed a series of insights into the developing culture of the West beginning in the 1960s that still have not been broadly appropriated.

Atheism: The core of modern Western culture in the thought of Augusto del Noce, by Dr. Thomas R. Rourke

Dr. Rourke examines how the West, at the same time, both won the Cold War and lost it.  He notes that by the time the Cold War ended, “the West was already riddled with a culture in a profound state of decay.”  This, combined with a spiritual malaise, would lead to irrationality on all sides and moral bankruptcy.

Surely the utter collapse of the Christian West in the matter of a generation requires a more compelling explanation than what is generally given. 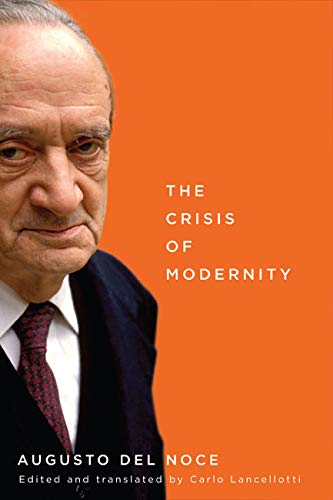 And it is through Del Noce’s work that Rourke examines this.  He begins by offering that Del Noce does not abide by the simplification that Marxism won or lost in the Cold War:

If Marxism won, then why did it collapse in its central stronghold, and why is it today equally passé in its second stronghold: China. And if Marxism won, how could we possibly explain the Western economy which is far more dominated by big corporations and finance capital than the world of 1960 could have even imagined?

If it lost, who undid the Christian West, with the almost complete negation of metaphysics and religion in the academy?  The answers will not be found in a superficial framework of liberalism vs. conservatism.

Del Noce underlines that the bourgeoisie historically had two enemies to cope with: one was Marxism, but the other was the Catholic Church, which insisted on an immutable morality.

And here, it starts to get interesting.  The bourgeoisie in the West didn’t want Marx’s Marxism; they wanted to amass their wealth and increase control throughout.  But the Catholic Church (and I will add, more broadly, all Christian institutions that stood on a transcendent morality) stood in the way of their progress.  It is much easier to amass wealth and control if you are at the same time the one who gets to decide the rules.

So, what we ended up with was a Marxist victory, having unleashed relativism and materialism, combined with a Marxist defeat of leaving the bourgeoise intact.  More precisely, it was a victory of one kind of atheism in the West over a different kind of atheism in the East.  Del Noce offers that the Western atheism was a combination of a sexual revolution and ever-advancing consumer products and technology.

What emerged in the West was not the victory of liberty or democracy (as interpreted ad nauseum by contemporary media), but rather a “new totalitarianism,” along with a new atheism, in a sense more pernicious than those served up by the older atheistic totalitarianism in the East.

Big deal…we get to vote (well, we see what that’s worth).  Del Noce wouldn’t define totalitarianism via the presence or absence of a ballot box, but in the curtailing of rationality and the ultimate denial of reason.

If there is no transcendent, immutable truth that our reason has access to, then there is no immutable ethics determined by reason, and political authority is in a position to define for itself the right and the wrong. Ethics and culture become subsumed by politics.

This is Nietzsche’s superman, who gets to determine ethics given that man killed God.  On what basis do we challenge this superman, if we do not have the transcendent ethic to which we can appeal?  Del Noce sees this same problem: 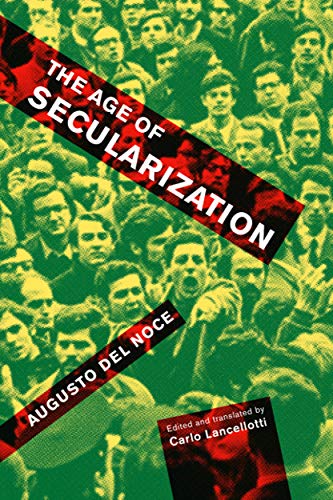 Under this regime, anyone who attempts to formulate an argument against the state cannot do on any recognizably rational basis.

This is Murray Rothbard writ large.  From Left and Right: The Prospects for Liberty, he writes:

…only forms of natural or higher law theory can provide a radical base outside of the existing system from which to challenge the status quo.

In For a New Liberty: The Libertarian Manifesto, he would add:

Returning to Rourke’s essay: without this natural law ethic, every criticism will be interpreted along the lines of class, race, and gender.  The state need not even get involved, as the academy has gladly taken this lead (of course, given the state funding via the state directly and government guaranteed student loans indirectly, the state is plenty involved).

Del Noce saw the post-sixties culture in the West as grounded in three pillars: eroticism, positivism, and secularization. These three are all aspects of the same underlying reality, which is atheism.

Marx’s thought was incomplete because it did not systematically address this reality.  It would be necessary to overthrow the family if one is to overthrow Christian civilization.

In this, I find Antonio Gramsci.  I have to believe, given that Del Noce was also Italian and came after Gramsci, that somewhere along the line Del Noce would have become familiar with Gramsci’s work.  It isn’t mentioned in this essay, and it is not terribly important other than noting that two Italian philosophers saw this same path forward – one as a blessing, the other as a curse.

[Scientific Positivism] includes a rejection of any assertion of an immutable, transcendent reality.

Marxism was firmly relativistic.  Therefore, all philosophical truths, especially natural law, had to go.  Only science (as the term is now understood) could remain, and if it wasn’t scientific, it wasn’t true.  (Of course, we see today that even the scientific is, we are told, not true – another construct of the patriarchy, or some such). 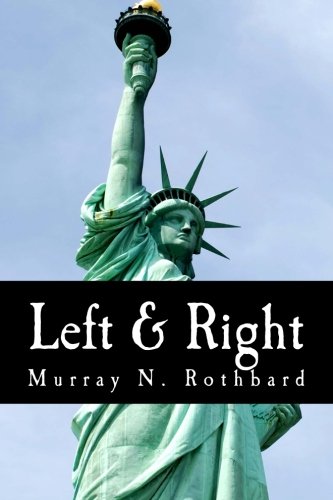 All else is ideology or mere opinion. Natural law came to be seen as just a cover for, variously, capitalism with its property domination, classism, racism and patriarchy.

If we can come to no moral conclusions as to how a human being should be treated simply by knowing that he is a human being, then clearly there is no basis for any form of natural right.

Again, secularization here does not only mean that society becomes less religious in outlook; it is the entire realm of the transcendent that is being written out, which includes classical philosophy as well.

No Plato, no Aristotle, no Aquinas.  No purpose for man, no objective, no meaning.  This impacted the Christian faithful as well.

Theology refocused away from the transcendent God and the “vertical causality” which underlined him as the Creator, the Redeemer, the source of all grace and the sole source of our salvation. Theology’s new focus became the world, as Maritain had noted by the late 1960s.

Hence, we are to perfect man in this world – we are able to overcome fallen man.  This being the objective of many of the “isms” born out of the Enlightenment.

Transcendent themes came to be largely replaced by political, social, economic, and environmental ones.

Rourke offers the example of social justice – a perfectly valid theological concept.  But to be a complete theological concept, it had to include the Ten Commandments (and other transcendent moral truths).  We today demand social justice without any baggage, without any responsibility, without any morality.  Social justice without morality is a bottomless pit.  A pit, because it takes us away from truth and reason; bottomless, because perfection can never be reached solely through man’s efforts on this earth – thus ensuring a never-ending quest.

We try to explain the political violence, the poverty, the breakdown of the family, and all other pathologies without leaning on the transcendent truths of the Commandments and other such truths.

“God” is not left out of the discourse, but he is an immanent God of progressive political leanings who makes little of most transgressions of the Ten Commandments.

And it is on this point where I might take my one singular issue with this entire thesis.  I do not see what is happening in the West as a triumph of atheism.  It is a Christian civil war.  Only through Christianity can one criticize behaviors that do not meet the standard of transcendent ethics.  When the slave demanded from the Roman citizen his due, he would be raped, then hung – and this was deemed just.

But beyond this point, which I don’t believe is significantly important in the understanding of our condition, I take no exception.  Continuing with Rourke:

… it is in the negation of transcendence where Del Noce finds the key to the entire development of atheism in the West, and this negation is not well accounted for or captured by what passes for conservatism today. How much of what the newspapers might call conservatism on any given day has to do with reasserting transcendence in any meaningful sense?

None.  And Rourke will offer the most telling evidence:

Conservative jurists have spoken as harshly against the use of natural law in jurisprudence as anyone. We have all heard the claims of “originalism,” but fail to see how useless it is once the reality of a transcendent law (natural law) is taken out of the picture.

“Originalism” is a meaningless term unless it is applied to objective human beings with objective characteristics who are also made with a purpose: a life of fulfillment – beatitudo.

Rourke offers two examples for clarification of this point.  Originalism demands that we interpret the Bill of Rights as first intended.  But these rights are reserved for “men” the men who are equally created in the Declaration (yes, women too).

But the Constitution simply assumes we know what a man is. If we evacuate that understanding (which is what we have done since Roe v. Wade) and permit political authority to define who a man is under the law, then what is ultimately protected? What right has been preserved? 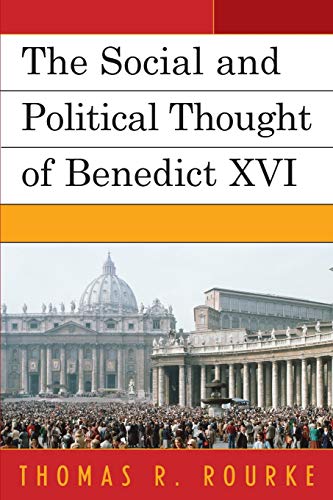 Similarly, federal law, in the Civil Rights Act of 1964, when it forbade “sex discrimination,” simply assumes that people know what “sex” is, who men and women are. But now, after the Bostock case, a “conservative” on the court has delivered us of any hope that future laws might reliably be based on common sense understandings of gender.

I think there are now 458 pronouns and counting….and changes are allowed minute by minute.

Originalism is nothing more than a new “construct” for relativists to make hay out of.

There is no point to arguing “originalism” if we cannot hold to transcendent, immutable, objective truths.

This is why the schism in the West has nothing to do with political left and right.  We have seen the obviousness of this, with many Republican office holders and appointees just as mad at Trump voters as most Democrats.  At the same time, I am watching and listening to conversations between and among people – most of whom would identify with the political left – who are searching for a return to some objective ethic.

The schism is on the point of natural law – an objective ethic.  Yes, it is discoverable by all men – atheist and Christian alike.  But it is best grounded and best defended when built on a foundation untouchable by man: God.

Of course, it is well grounded in the Bible.  If something on this topic makes you allergic to Aristotle or Aquinas, try this.

Previous article by Bionic Mosquito: Too Smart By Two-and-a-Half