A President’s Refusal To Accept the Election Results

The original union of American states was a voluntary union, not a coerced one held together by violence, mass killing, and terrorism as with say, the Soviet Union.  The citizens of the “free and independent states,” as they are called in the Declaration of Independence, sent delegates from their communities to the constitutional convention that resulted in the delegation of eighteen specific powers from them (Article 1, Section 8)  – the citizens of the independent states – to the federal government for their benefit and for their mutual advantage.  The federal government was to be the agent of the citizens of the states, who everyone acknowledged as the principals.

Three states – New York, Rhode Island, and Virginia – specifically wrote in their ratification documents that these delegated powers “may be resumed by the people” of those states at any time, and for any reason determined by them, if they were to conclude that the federal government was behaving in a way that was not “necessary to their happiness.”  Since they were accepted into the union, it was assumed by everyone that all states had the exact same rights to secede from the union.  Secession was assumed by no one to be dependent on permission by any other state or states.  They took their own language about the “free and independent states” in the Declaration of Independence seriously.

The New York ratification document of July 26, 1788 says:  “That the Powers of Government [in Article 1, Section 8] may be reassumed by the People, whensoever it shall become necessary to their Happiness, that every Power, Jurisdiction and right, which is not by the said Constitution clearly delegated to the Congress of the United States, or the departments of the Government thereof, remains to the People of the several States, or to their respective State Governments to whom they may have granted the same . . .”

The May 29, 1790 Ratification document of Rhode Island was very similar:  “That the powers of government may be reassumed by the people, whensoever it shall become necessary to their happiness . . .”  And, the June 26, 1788 Virginia Ratification document reads:  “. . . the powers granted under the Constitution being derived from the People of the United States may be resumed by them whensoever the same shall be perverted to their injury or oppression and that every power not granted thereby remains with them and at their will . . . ”

This of course is why there was no talk of forcing New Englanders back into the union under threats of waging total war on the civilian population of the region, bombing and burning its cities into smoldering ruins, destroying their economy with naval blockades, and launching a full-scale invasion when the New England Federalists plotted to secede for fourteen years after the election of Thomas Jefferson as president.  Secession (from the British empire) was “the” principle of the American Revolution, declared Massachusetts Senator Timothy Pickering, George Washington’s secretary of state and secretary of war and the leader of the 1801-1814 New England secession movement.  The movement culminated with the Hartford Secession convention of 1814 when they decided to remain in the union after all and attempt to politically dominate and plunder the South with tariffs instead of seceding from it. 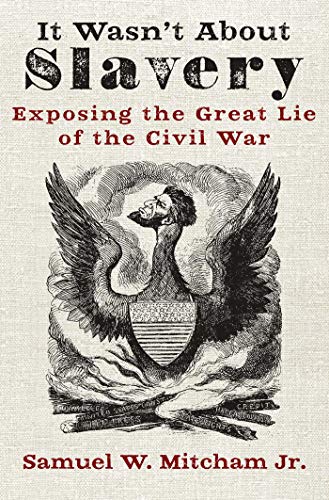 By 1860 the population of the North was more than double that of the South, and the lopsided congressional representation that that created emboldened the North to plunder the South with the heavily-protectionist Morrill Tariff, passed by the House of Representatives during the 1859-60 sesion, before any state had seceded.  The tariff on mostly manufactured goods, which more than doubled the average tariff rate from 15% to 33%, was heavily discriminatory against the agricultural South.  Then, in his first inaugural address, Abraham Lincoln threatened “invasion” and “bloodshed” in any state that refused to pay this newly-doubled federal tax.   (In the same address he assured the world that he had no intentions whatsoever to disturb Southern slavery, and even endorsed the Corwin Amendment to the Constitution, which had passed the Republican-controlled House and Senate, that would have prohibited the federal government from ever interfering with slavery).

In his first inaugural address Jefferson Davis announced that the South was an agricultural society that traded with the entire world, that the Confederacy intended to pursue a policy of free trade with all the countries of the world, and that it would defend itself from Northern invaders who intended to stop them from doing so.

So when the Southern states seceded, they did so in full knowledge of the New York, Rhode Island, and Virginia ratification declarations that had been assumed by all the states.  Like the New England Federalists of the past generation, each Southern state sent delegates from each community to their respective secession conventions to vote on whether to “reassume” the powers delegated to the central government or not.  Virginia first on April 4, 1861 voted to remain in the union, but then when Lincoln launched an invasion of all the Southern states the vote was reversed, 130-22 in favor of secession.  The South Carolina convention voted unanimously for secession with 169 delegates; and so it went.

In other words, the votes taken at the Southern secession conventions, like the votes taken at the 1814 Hartford secession convention, were fully in keeping with the Constitution and the state ratification documents.  The citizens of the states were the masters, not the servants, of their own central government.  There would never have been a federal constitution had the founders believed that the union was what Murray Rothbard once called a “one-way venus flytrap” from which there could neve be any escape no matter how tyrannical the central government might become in the future. 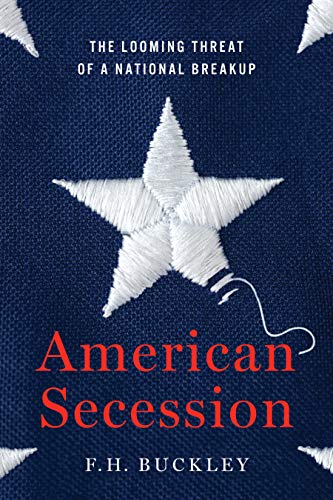 The Republican party, led by Abraham Lincoln refused to accept the results of these legal and constitutional elections and committed the very definition of treason by waging total war on the entire Southern population for four long years.  Understanding that there was always a danger that a future government could become tyrannical, the founders defined treason in Article 1, Section 3 of the Constitution as:  “Treason against the United States, shall consist only in levying War against them, or in adhering to their Enemies, giving them Aid and Comfort.”  The key words here are “their” and “them.”  The words “United States” in all the founding documents is in the plural, signifying the free and independent states and not something called “the United States government in Washington, D.C.”  Levying war against “them” meant against any state or states, which of course exactly what Lincoln did when he refused to abide by the votes taken at the Southern secession conventions.   Assuring the world that his invasion and waging total war against his own country had nothing to do with slavery but with “saving the union,” Lincoln’s war resulted in as many as 850,000 war-related deaths according to the latest research; the effective destruction of the American system of federalism; the establishment of totalitarian tyranny in the Northern states during the war with the nearly total abolition of civil liberties there; and the failure to do what all the rest of the world – including the Northern U.S. states – did about slavery and end it peacefully.

There is a lot of talk of another Civil War in America these days.  The reason for such talk is all of the violence that has been organized by what is effectively the military wing of the Democrat National Committee – Antifa and Black Lives Matter.  They have rioted, looted, committed serial acts of arson, and even murdered.  No one expects conservatives to behave in such a manner should demented Joe Biden prevail.  If President Trump succeeds with his lawsuits against the blatantly obvious, massive vote fraud that has taken place, the Democrats will no longer be dancing in the streets guzzling champagne.  They will escalate the kind of violence that they have orchestrated for the past six months or so, and it will likely be orders of magnitude worse.  They will have become the new Party of Lincoln.