Historians of the future, pan-frying sowbugs over their campfires, will recollect in wonder and nausea the election of 2020 and the attempted controlled demolition of the USA by the Woke Rebellion and its incongruous avatar, Joe Biden, the Holy Ghost of Grift and Gaslight. All the forces of empire were arrayed in his support, as behind some sacred effigy of an obscure saint in a church processional, and yet all the voting public saw was a pitiful figure ranting at an audience of cars, an old dog barking pointlessly in a parking lot in the gathering darkness.

And then there was Trump… one word, Trump… no honorifics, as the Woke Legions spoke of the hated POTUS… Trump, who violated all their norms, threatened their perqs, and disputed their laughable identitarian shibboleths of racism, sexism, misogyny, homophobia, Islamophobia… the Golden Golem of Greatness summoning the deplorably un-Woke in their ghastly red hats from the hills and hollows by the thousands to hear him speak of “rounding the corner” and watch him do that charming dance thing to the disco tunes of his boomer youth, and the sheer high spirits of it all worked to dispel the Woke curse cast upon him by the legions of angry suburban wiccans, till we arrived at the electoral reckoning of November 3 — and then the real contest began.

Now what…? everybody is asking him, her, and theyself. Why should anyone believe the polls, given the craven corruption of all other news media branches — and polling is one of them, of course. The Biden family’s overseas “business” capers still smolder in the background, though, like a root fire in the piney woods, waiting to burst back into flame. Turns out the Chinese company the Bidens were courting as “partners” (CEFC China Energy) could not have been more obviously agents of the Chinese Communist Party’s intel apparatus. Even Hunter knew that — as his deal to build a natgas terminal in Louisiana with CEFC unraveled late in 2017. An audio recording found on Hunter’s fabled laptop has him speaking of CEFC exec Ho Chiping (a.k.a. Patrick Ho) thusly:

I have another New York Times reporter calling about my representation of Patrick Ho – the fucking spy chief of China who started the company that my partner, who is worth $323 billion, founded and is now missing. The richest man in the world is missing who was my partner.  He was missing since I last saw him in his $58 million apartment inside a $4 billion deal to build the fucking largest fucking LNG port in the world. And I am receiving calls from the Southern District of New York from the U.S. Attorney himself.”

Mr. Ho ended up under indictment by the DOJ’s Southern District of New York for bribery and money-laundering. Hunter had volunteered to serve as one of Mr. Ho’s lawyers. Turned out the Biden family’s influence didn’t help much. Mr. Ho was convicted, served time in the same federal lockup in Manhattan where Jeffrey Epstein turned up dead, and was deported to Hong Kong in 2019. CEFC was soon put out of business by its sponsor, the CCP. But for all those sordid complications, the Biden family walked away with at least $4.8 million, funneled through a CCP shadow Company called Hudson West III to Hunter’s Owasco law firm bank account. 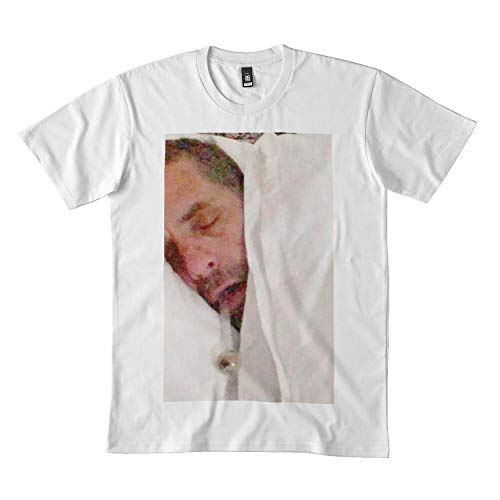 Oh, here’s a strange Swamp sidelight to all this: CEFC’s main exploit during the Biden hook-up years was the purchase of a 14 percent stake in Russia’s oil-and-gas giant, Rosneft, to help China circumvent US sanctions on Russia’s oil sales. Guess who was one of the lawyers working for Rosneft: Christopher Wray, just before he became FBI director. And guess who has been sitting on Hunter Biden’s laptop since at least December of 2019. Oh, the FBI. And guess what else: the Rosneft files have since been deleted by Mr. Wray’s old law firm, King and Spalding.

Now, the question is, will this hairball of grift explode into official proceedings following the election? We’re informed that the DOJ opened a money laundering investigation on Hunter Biden a year ago when allegations arose over his $85,000-a-month “job” on the board of directors of Ukraine’s Burisma natgas company, which plum, no-show gig ran from 2014 to 2019, netting Hunter millions. Is the DOJ also looking into the CEFC shenanigans? The DOJ had FISA warrants on the outfit through the Patrick Ho affair, however FISA predicates and evidence enjoy special legal status and can remain hidden indefinitely.

And, if by some mysterious act of God (or write-in ballot fraud) Joe Biden manages to get elected POTUS, how can he possibly be inaugurated with himself and his family tangled up in a grift case that involves the Chinese Communist Party’s intel service? It flat-out ain’t gonna happen. Mr. Biden will be forced to disqualify himself. Does Kamala Harris then become Acting-POTUS? There’s no precedent for a president-elect resigning before he is sworn into office. No doubt there will be lawsuits over this and they will lead post-haste to Supreme Court adjudication.

At the same time, also look for an all-out Lawfare assault on individual state voting outcomes and the translation of dubiously harvested votes into electoral college alt-delegations. Lawfare will bring to bear every legerdemain in the trick-bag of legal necromancy to work this scam in the Democratic Party’s favor. But they will not go unopposed by Mr. Trump’s lawyers. And what will it avail the Lawfare campaign, anyway, as Mr. Biden gets buried in allegations of criminal misconduct? And — not to lard the lily, as they say — what happens if, post-election and before January 20, Messrs Barr and Durham just happen to finally deliver indictments against the perps of RussiaGate? Oh, won’t this be a world-beating political mess of all messes ever? Think the stock and bond markets will love it?

Meanwhile, will we be treated to the extravaganza of Antifa and BLM burning and looting in the cities from sea to shining sea? I would ask: How might that not happen? They’ve been rehearsing for the Big Show all year. With new Covid lockdowns, the insectile armies of black-clad street-fighters will be anxious to reactivate the social space that Antifa and BLM so nicely afford. Riots are fun! Especially when the police are not allowed to effectively intervene to stop them. Smashing stuff, burning, and looting are fun — like Halloween and Christmas put together!

I’ll be voting for Mr. Trump tomorrow in my little bid to prevent the Democratic Party from getting its depraved mitts on the levers of government. I’ll chime in with a post-election-day update, right here on Wednesday, though perhaps not at the crack of dawn.