Everybody Knows the Fight Was Fixed

“Yeah, like [in] a church. Church of the Good Hustler.”

At the end of Henrik Ibsen’s classic play, A Doll’s House, Nora, the aggrieved wife, leaves her husband’s house and all the illusions that sustained its marriage of lies. She chooses freedom over fantasy.  She will no longer be played with like a doll but will try to become a free woman – a singular one.  “There is another task I must undertake first. I must try and educate myself,” she tells her husband Torvald, a man completely incapable of understanding the social programming that has made him society’s slave.

When Nora closes the doll’s house door behind her, the sound is like a hammer blow of freedom. For anyone who has seen the play, even when knowing the outcome in advance, that sound is profound. It keeps echoing. It interrogates one’s conscience. 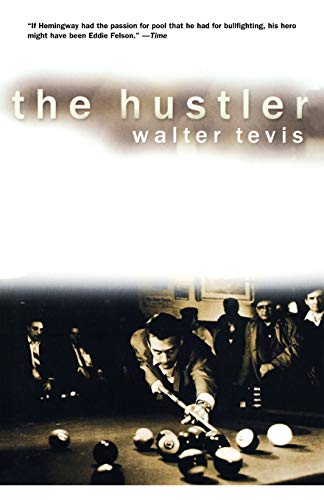 The echo asks: Do you live inside America’s doll house where a vast tapestry of lies, bad faith, and cheap grace keep you caged in comfort, as you repeat the habits that have been drilled into you?

In this doll’s house of propaganda into which America has been converted, a great many of our basic assumptions are totally illusory.

Americans who voted for either Trump or Biden in the 2020 election are like Torvald clones.  They refuse to open that door so they might close it behind them.  They live in the doll’s house – all 146+ million of them. Like Torvald, they are comforted. They are programmed and propagandized, embracing the illusion that the electoral system is not structured and controlled to make sure no significant change can occur, no matter who is president. It is a sad reality promoted as democracy.

They will prattle on and give all sorts of reasons why they voted, and for whom, and how if you don’t vote you have no right to bitch, and how it’s this sacred right to vote that makes democracy great, blah blah blah. It’s all sheer nonsense. For the U.S.A. is not a democracy; it is an oligarchy run by the wealthy for the wealthy.

This is not a big secret.  Everybody knows this is true; knows the electoral system is sheer show business with the presidential extravaganza drawing the big money from corporate lobbyists, investment bankers, credit card companies, lawyers, business and hedge fund executives, Silicon Valley honchos, think tanks, Wall Street gamblers, millionaires, billionaires, et. al.  Biden and Trump spent over 3 billion dollars on the election. They are owned by the money people.

Both are old men with long, shameful  histories. A quick inquiry will show how the rich have profited immensely from their tenures in office.  There is not one hint that they could change and have a miraculous conversion while in future office, like JFK.  Neither has the guts or the intelligence.  They are nowhere men who fear the fate that John Kennedy faced squarely when he turned against the CIA and the war machine.  They join the craven company of Johnson, Ford, Carter, Reagan G.H.W. Bush, Clinton, George W. Bush, and Obama.  They all got the message that was sent from the streets of Dallas in 1963: You don’t want to die, do you? 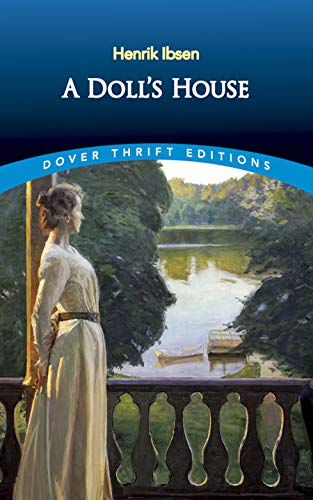 Ask yourself: Has the power of the oligarchic, permanent warfare state with its propaganda and spy networks, its vast intelligence apparatus, increased or decreased in the past half century? Who is winning the battle, the people or the ruling elites? The answer is obvious.

It matters not at all whether the president has been Trump or Bill Clinton, Ronald Reagan or George W. Bush, Barack Obama or George H. W. Bush, Richard Nixon, Gerald Ford, or Jimmy Carter. The power of the national security state has grown under them all and everyone is left to moan and groan and wonder why.

All the while, the doll’s house has become more and more sophisticated and powerful. It is now essentially an electronic prison that is being “Built Back Better.” The new Cold War now being waged against Russia and China is a bi-partisan affair, as is the confidence game played by the secret government intended to create a fractured consciousness in the population through their corporate mass-media stenographers. Trump and his followers on one side of the coin; liberal Democrats on the other.

Only those backed by the wealthy power brokers get elected in the U.S.A. Then when elected, it’s payback time.  Palms are greased.  Everybody knows this is true. It’s called corruption.  So why would anyone, who opposes a corrupt political oligarchy, vote, unless they were casting a vote of conscience for a doomed third-party candidate?

Leonard Cohen told it true with “Everybody Knows”: 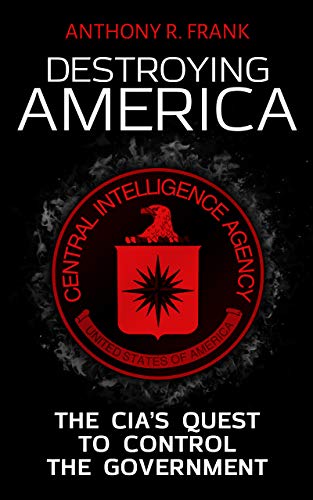 And yet everybody who voted for the two men backed by the super-rich owners of the country knew what they were doing, unless they live under a rock and come out every four years to vote.  Perhaps they were out buying stuffing for the Thanksgiving turkey, so they can give thanks for the farce (stuffing: Latin: farcire ).

They have their reasons.  Now the Biden people celebrate, just as Trump’s supporters did in 2016.  I can hear fireworks going off as I write here in a town where 90% + voted for Biden and hate Trump with a passion more intense than what they ever could work up for a spurned lover or spouse.  This is mass psychosis. It’s almost funny.

At least we have gotten rid of Trump, they say.  No one can be worse. They think this is logic.  Like Torvald, they cannot begin to understand why anyone would want to leave the doll’s house, how anyone could refuse to play a game in which the dice are loaded.  They will deny they are in the doll’s house while knowing the dice are loaded and still roll the die, not caring that their choice – whether it’s Tweedledee or Tweedledum – will result in the death and impoverishment of so many, that being the end result of oligarchic rule at home and imperialism abroad.

Doublethink means the power of holding two contradictory beliefs in one’s mind simultaneously, and accepting both of them…. To tell deliberate lies while genuinely believing in them, to forget any fact that has become inconvenient, and then, when it becomes necessary again, to draw it back from oblivion for just so long as it is needed, to deny the existence of objective reality and all the while to take account of the reality which one denies – all this is indispensably necessary.

And while in Nineteen Eighty-Four Doublethink is learned by all the Party members “and certainly by all who are intelligent as well as orthodox,” today in the U.S.A., it has been mastered even by the so-called unintelligent.

People often ask: What can we do to make the country better?  What is your alternative? 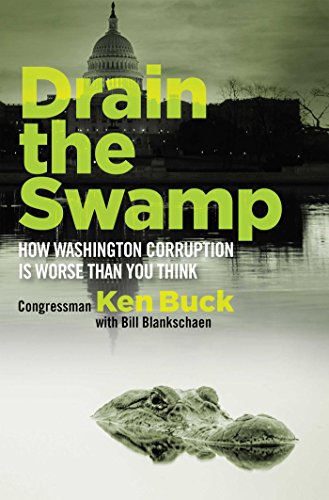 A child could answer that one: Don’t vote if you know that both contenders are backed by the super-rich elites, what some call the Deep State.  Which of course they are.  Everybody knows.

The so-called left and right argue constantly about whom to support.  It’s a pseudo-debate constructed to allow people to think their vote counts; that the game isn’t rigged. It’s hammered into kids’ heads from an early age. Be grateful, give thanks that you live in a democracy where voting is allowed and your choice is as important as a billionaire’s such as Bill Gates, Jeff Bezos, or Charles Koch. In the voting booth we are all equal.

Myths die hard.  This one never does:

“Your voice, your hopes, and your dreams, will define our American destiny. And your courage and goodness and love will forever guide us along the way.”

“With the campaign over, it’s time to put the anger and the harsh rhetoric behind us and come together as a nation. It’s time for America to unite. And to heal.”

“Above all else, the time has come for us to renew our faith in ourselves and in America.  In recent years, that faith has been challenged.”

Your voice – our faith – it’s time to unite and heal.

Ask the Vietnamese, the Iraqis, the Syrians, the Afghanis, the Libyans, the Palestinians, et al.  They sing a different tune, one not heard In the Church of the Good Hustler. 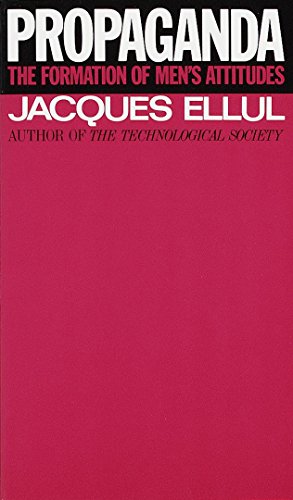 After campaigning hard for the losing presidential candidate in 1972, I nearly  choked when I heard Richard Nixon’s inaugural address in January 1973. Clinging to the American myth the previous year, I had campaigned for a genuine anti-war Democrat, Senator George McGovern. The war against Vietnam was still raging and Nixon, who had been first elected in 1968 as a “peace candidate,” succeeding the previous “peace candidate” Lyndon Baines Johnson, was nevertheless overwhelmingly elected, despite Watergate allegations appearing in the months preceding the election.  Nixon won forty-nine states to McGovern’s one – Massachusetts, where I lived.  It was a landslide. I felt sick, woke up, got up, and left the doll’s house.

“Propaganda is the true remedy for loneliness,” wrote the French sociologist Jacques Ellul in 1965 in Propaganda:

It corresponds to the need to share, to be a member of a community, to lose oneself in a group, to embrace a collective ideology that will end loneliness…. It also corresponds to deep and constant needs, more developed today, perhaps, than ever before: the need to believe and obey, to create and hear fables, to communicate in the language of myths.

In a country where loneliness is widespread, the will to believe and the power of positive thinking are far more powerful than the will to truth.  Unlike Nora, who knew that when she left the doll’s house she was choosing the loneliness of the solitary soul, Americans prefer myths that induce them to act out of habit so they can lose themselves in the group.

This is so despite the fact that In the Church of the Good Hustler, when you play the game, you lose.  We are all Americans and your vote counts and George Washington never told a lie.

The Post Covid World, The WEF’s Diabolical ProjectHow Would You Prefer To Spend Your Last Holiday Season?