Are Temperatures And Ocean Levels Rising Dangerously? Not Really.

There are two widely held climate-change beliefs that are simply not accurate.  The first is that there has been a statistically significant warming trend in the U.S. over the last 20 years. The second is that average ocean levels are rising alarmingly due to man-made global warming. Neither of these perspectives is true;  yet  both remain important, nonetheless,  since both are loaded with  very expensive  public policy implications.

To refute the first view, we turn to data generated by the National Oceanic and Atmospheric Administration (NOAA) for the relevant years under discussion.  The table below reports the average mean temperature in the continental U.S. for the years 1998 through 2019*: 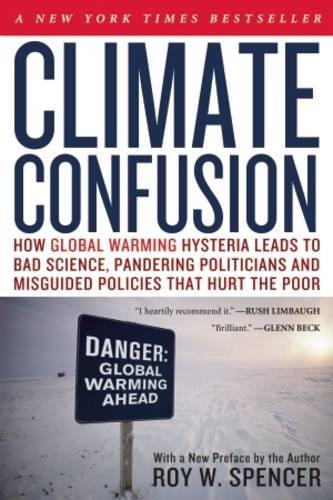 It is apparent from the data that there has been no consistent warming trend in the U.S. over the last 2 decades; average mean temperatures (daytime and nighttime) have been slightly higher in some years and slightly lower in other years. On balance–and contrary to mountains of uninformed social and political commentary—annual temperatures on average in the U.S. were no higher in 2019 than they were in 1998.

The second widely accepted climate view—based on wild speculations from some op/ed writers and partisan politicians–is that average sea levels are increasing dangerously and rationalize an immediate governmental response. But as we shall demonstrate below, this perspective is simply not accurate.

There is a wide scientific consensus (based on satellite laser altimeter readings since 1993) that the rate of increase in overall sea levels has been approximately .12 inches per year.

To put that increase in perspective, the average sea level nine years from now (in 2029) is likely to be approximately one inch higher than it is now (2020). One inch is roughly the distance from the tip of your finger to the first knuckle. Even by the turn of the next century (in 2100), average ocean levels (at that rate of increase) should be only a foot or so higher than they are at present.

None of this sounds particularly alarming for the general society and little of it can justify any draconian regulations or costly infrastructure investments. The exception might be for very low- lying ocean communities or for properties (nuclear power plants) that, if flooded, would present a wide-ranging risk to the general population. But even here there is no reason for immediate panic. Since ocean levels are rising in small, discrete marginal increments, private and public decision makers   would have reasonable amounts of time to prepare, adjust and invest (in flood abatement measures, etc.) if required.

But are sea levels actually rising at all? Empirical evidence of any substantial increases taken from land-based measurements has been ambiguous. This suggests to some scientists that laser and tidal-based measurements of ocean levels over time have not been particularly accurate.

For example, Professor Niles-Axel Morner (Stockholm University) is infamous in climate circles for arguing–based on his actual study of sea levels in the Fiji Islands–that “there are no traces of any present rise in sea levels; on the contrary, full stability.”  And while Morner’s views are controversial, he has at least supplied peer reviewed empirical evidence to substantiate his nihilist position on the sea-level increase hypothesis.

The world has many important societal problems and only a limited amount of resources to address  them. What we don’t need are overly dramatic climate-change claims that are unsubstantiated and arrive attached to expensive  public policies that, if enacted, would fundamentally alter the foundations of the U.S. economic system.

Previous article by Dom Armentano: Is HCQ a Safe and Effective Treatment for Covid-19?

They Would Never Steal an Election ‘A Conspiracy So Immense….?’ The Election of 2020