With Real Rates Rising is the Fed Preparing a Digital Dollar?

It pays today to never underestimate the venality of the people who think they run the world. It also pays to listen to them when they say the most outrageous things.

At virtual Jackson Hole this year FOMC Chair Jerome Powell redefined inflation for the third time in my lifetime. By removing the Phillips Curve from the landscape Powell will now guide monetary policy by the desire to create inflation expectations, a kind of first derivative of inflation under the mostly irrelevant Quantity Theory of Money (QTM).

I talked about Powell’s dilemma and why he had to make this change in a post right after that speech. And I outlined what the Austrian criticism of the QTM was — a myopic focus on the supply of money rather than the interplay of it with the demand for money.

The better definition of inflation expectations is to think of it as the velocity of human action. 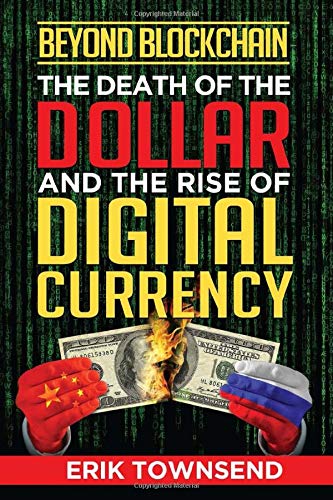 Now I’m sympathetic, for argument’s sake, to define inflation expectations as the first derivative of action. If you expect things to get better than you may make choices which lead to lower time preference behavior which, in turn, boosts investment in larger projects and an expansion of the division of labor.

But that growth is dependent on your starting point. If things truly suck making things somewhat better doesn’t mean you’ll put a new roof on your house or start a new business but it may mean that you spend a little more money on better food.

Because of this systemic degradation of inflation expectations and the squeezing out of available investment capital, the Fed would always reach a point where it could not use interest rates to manipulate aggregate demand and boost GDP — Gross National Spending.

The economy always reaches a point where interest rates are irrelevant to creating confidence to take on new debt. I like to use the term ‘debt saturation’ to describe where we are.

Now with Jay Powell’s speech from virtual Jackson Hole, we have him openly admitting this, validating the Austrian criticism. And so, we have the new definition of inflation, freed from the shackles of the Phillips Curve.

It’s still all about prices today but now the Fed is admitting that the economy runs on the time preference of individuals rather than arbitrary definitions of full employment. 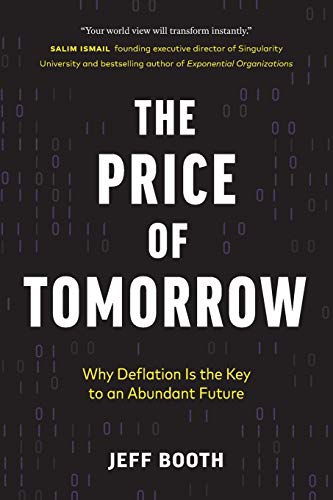 This change by Powell was presaged by a recent white paper which Zerohedge and others brought to wide attention about creating inflation through helicopter money, so-called digital dollars.

This is nothing new now, we’ve been talking about this for weeks.

Those digital dollars will be given to you to spend and you won’t be able to convert them to physical cash. Cash will be sunsetted and there will be no hiding from whatever policy The Davos Crowd wants to implement.

To roll this ball forward there has to be a major impetus to change things and that means another phase to the financial crisis. So, with that in mind I bring you this tweet from Danielle DiMartino Booth from ten days ago, that finally showed up on my radar neatly reminding me that Twitter doesn’t have my best interests in mind.

This is THE MOST IMPORTANT TWEET I’LL SEND THIS WEEK. The Fed so fears building disinflationary pressures it’s buying all the TIPS it can get its hands in an ATTEMPT to force inflation narrative into investors’ psyches. THAT’S FEAR 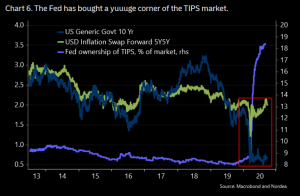 Now why would the Fed be buying TIPS if not to manage inflation expectations? TIPS are weird because both their price and their yield rise with rising inflation and conversely with deflation. Buying TIPS means the Fed is propping up their prices to tell everyone that real interest rates are not rising!

Pay no attention to the deflation behind the curtain!

But they are. And rising real yields is a real problem for the Fed if it wants to keep the monetary system from melting down globally. TIPS prices wouldn’t need supporting if real yields weren’t rising, which means inflation expectations are falling.

And what happened in the all-important 10-year Treasury market in recent days after the end of Q3 ended with a Fed-induced whimper? 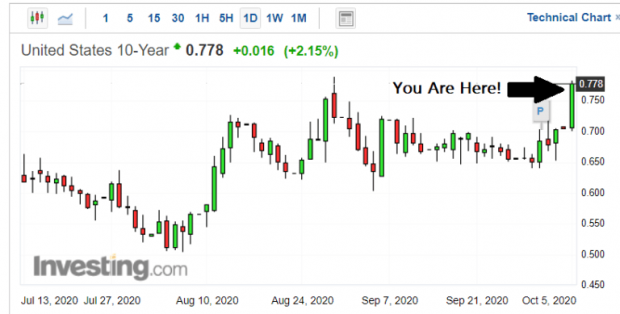 Now we have nominal yields rising, TIPS prices supported and one of the winners over the past few days has been gold? Gold is supposed fall with rising real yields, and yet, it’s rising because this notion that the Fed is buying TIPS means we’re getting safe haven inflows, not investment inflows into gold.

This furthers the argument that gold only follows real yields when markets aren’t under stress. When faith in governments begin to fail for real, gold de-couples from financial assets of all types and trades to its own beat.

But back to this week’s bond market carnage. So, did the Fed finally stop buying TIPS or have we entered another short-lived reflation trade now that Q3 is behind us, thanks to Trump surviving COVID-19? 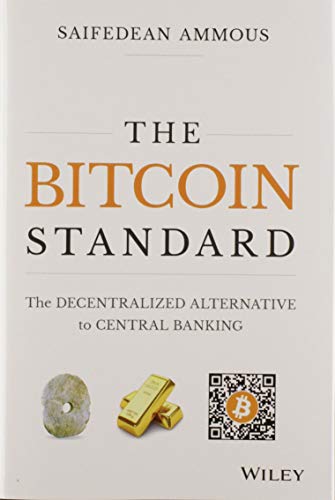 Or were the temporary positions taken by banks to manipulate their balance sheets for earnings unwound and that’s causing a shock to the yield curve because real rates are rising faster than the Fed can schlorp them up?

I think, honestly, it doesn’t matter no matter how explosive all of this may actually be. As the stimulus game of chicken continues on Capitol Hill the markets keep hoping for some sign of help. But the best they have is that Biden’s chances of winning the election are fading along with his cognition.

Wall St. may be coming out trying to spin a Biden victory as good for the markets but that would only be because Pelosi will blackmail them with endless stimulus and the promise of the new Fed e-dollar.

But what is most obvious to me is there is no appetite to give Trump any help in getting re-elected. Whether Powell bought tons of TIPS to keep the markets from crashing into the end of the quarter or not is a mostly academic question.

And, more importantly, accept the new reality that is coming whether you like it or not. There’s a Great Reset coming and it won’t matter who you vote for.

Jay Powell is just the bag man, folks. He’s a bystander in all of this.

Previous article by Thomas Luongo: Do Debates Even Matter in This Election?

Who Targeted the President?Trump’s Getting Covid Could Be Good News for Him, and the Country