The ”Soft” Lockdown in Sweden

Sweden has been attacked for its ”soft” lockdown which is in sharp contrast to the policies in the other Nordic, in many European countries and the USA. But there are serious concerns about the damaging physical and mental health impacts of hard lockdown policies. The collateral damages of complete lockdowns are producing devastating effects on short and long term public health. Health economic modeling studies have estimated, translated into quality adjusted life years, that the costs of lockdowns outweighed the benefits by far.

Sweden’s soft lockdown is based on evidence-based clinical and epidemiological data. The architect is professor Johan Giesecke, former chief scientist of the ECDC (European Center for Disease Control). The main theme is that it is everyone’s personal responsibility to prevent the spread of COVID-19. The population is encouraged, but not forced, to keep distance indoors and outdoors and working from home is encouraged. There was and is no compulsory mask wearing. Secondary schools as well as universities were closed, kindergarten and primary schools up to age 15 were open. Restaurant owners had to separate tables for social distancing. Gatherings of more than 50 peoples were forbidden. Care homes and hospitals caring for the elderly were closed for visitors. One should stay at home when feeling unwell in particular with common cold symptoms. Hygienic measures like washing hands etc were encouraged. 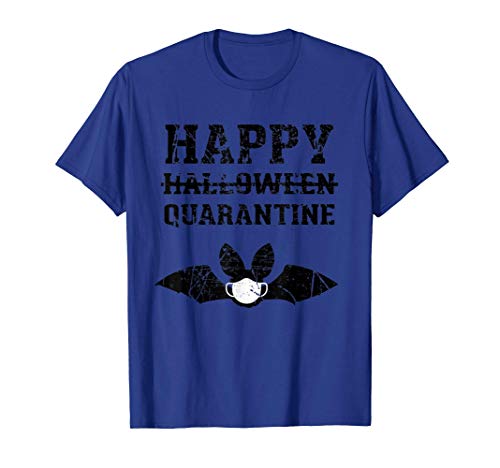 Despite all these measures the immediate collateral damages were huge even in Sweden. The soft lockdown had destroyed or severely impaired several branches like food catering, indoor restaurants, dentists, hairdressers, hotels, travel agencies, airline traffic and other part of the travel industry. These short term effects have partly been alleviated by the tax payers through economic “stimulation programs”. However the long term effects can not be observed yet. But from a public health perspective these collateral damages have to be considered and not only the effects of COVID-19. Therefore the Swedish policy is worth to examine.

The main criticism of the Swedish soft lockdown policy was the high mortality rate per 1 million population compared in particular with the other Nordic countries. The latest mortality rates from Oct 2020 among European countries shows only Belgium (867), Spain (686), UK (623) and Italy(595) have a higher mortality. Sweden has 583 per 1 M pop and the USA 647  (www.worldometers.info). When compared to the other Scandinavian countries these had considerable lower mortality rates. Denmark (113), Finland (62) and Norway (51) per 1 M pop.

Some explanations why the Covid19 death rate in Sweden was highest among the Nordic countries were presented in a paper published recently (GMU working paper in economics No 20-27). Most of the problems in Sweden were concentrated to urban areas in particular Stockholm and a large proportion of deaths was observed among the sick and frail elderly often with comorbidity. Some immigrant groups were also particularly affected. The “dry tinder” hypothesis was mentioned in this article as an important factor for the higher mortality in Sweden. During the last year Sweden had accumulated more very sick and frail old people in elderly care compared with the other Nordic countries. These frail and old people were hit hard by the COVID-19 pandemic. Nevertheless it remains unclear what the exact infection mortality rate for SARS CoV2 in Sweden is. One problem is the unknown number of individuals who are or have been infected with the virus. We have insufficient data on PCR positives, serology positives, of T-cell immunity and cross immunity with other Corona viruses. An other problem is the unclear distinction between death with SARS CoV2 or death because of COVID-19.

Media and certain political parties in Sweden have criticized the quality of the care of the elderly in nursing homes and in home care for several years. Recently an independent investigation by KPMG produced a devastating report on the quality of care for the elderly. The care for the elderly in Sweden is a single payer system financed by tax payer money, but the provision of care is partly privatized. Private health care providers are competing with public ones and are mainly competing with lower prices for contracts. A high fraction of health care workers are immigrants, low paid and often with low language skills. Staff rotation has been high and elderly care workers did more cross-facility working in particular in urban areas like Stockholm. A lack of protective equipment and sanitizers have been reported and basic hygienic measures were not followed. During the peak of the pandemic a lack of tests for health care workers was reported. Unnecessary red tape bureaucracy and incompetence in management were also reported in the KPMG investigation. A deep crisis for the care of the elderly became obvious during the COVID-19 crisis despite that it has been known for several years. But this has nothing to do with the “soft” lockdown.

At present, in mid October 2020, we can observe several indicators for considerable herd immunity in Sweden. Increased levels of SARSCoV2 genetic material in sewage have been recently reported from Stockholm. Studies have also shown that antibody IgG responses, T-cell immunity effects as well as cross immunity to other Corona viruses may contribute to that up to 40-50% of the urban Swedish population have been infected or are at present infected with the virus and have developed immunity. As immunity builds in the population the risk for all, including the elderly with comorbidity falls considerably.

So why has morbidity and mortality from Covid-19 decreased in Sweden and has been at extreme low levels since over four months? There are several possible explanations or maybe a combination of these: 1) the “dry tinder“ effect has caused that old and sick people have died in Covid-19 and therefore has the number of people at risk decreased. 2) seasonality, which is observed with influenza and other corona viruses. The reason for seasonality is unclear. It might be caused by the climate or unknown other factors accounting for that the virus “dries out”. 3) herd immunity which leads to fewer people at risk to be infected with SARSCov2.

Assessing the soft lock down in Sweden one has to consider the recent recommendations from eminent public health experts Dr Kulldorf, Dr Gupta and Dr Bhattachary that a risk oriented strategy is more important than a general lockdown. The risk for morbidity and mortality is exponential age dependent with no risk for children and young adults and a more than thousandfold increased for the elderly in particular with comorbidity. Therefore they advocate a focused protection in particular of the elderly. This was unfortunately not achieved in Sweden.

The “soft” lockdown in Sweden is based on individual responsibility and minimal force by government consequently resulting in less collateral damage than a hard lockdown. The high mortality figures in Sweden are caused by poor performance of a state run system of elderly care.

The Best of Peter Bistoletti

Peter Bistoletti, MD, [send him mail], with a PhD in obstetrics and gynecology from the Karolinska Institutet.

Previous article by Peter Bistoletti: The State Is a Crime

Where Is the Coronavirus? The CDC Says It Isn’t Available Operation Warp Speed Is Using a CIA-Linked Contractor To Keep Covid-19 Vaccine Contracts Secret