In George Orwell’s novel “1984,” the central governmental agency in his fictitious country of Oceania is the antonymic Ministry of Truth, a body charged with the duty of erasing actual history and then rewriting it to meet what was considered to be more acceptable ideological concepts.  In America today, the same type of inane metaphorical thinking is also taking place, with the various departments in Orwell’s Ministry of Truth being replaced by groups such as the New York Time’s “1619 Project,” Black Lives Matter and the Southern Poverty Law Center, as well as by most of the county’s institutions of higher learning and much of the media.  Such entities as these are, and have been for several decades, corroding the foundation of true American history and attempting to erase or alter what actually took place and replace it with what better suits their own phantasmagoric vision of what should have been and now must be.  The same holds true with the material representations of historical figures and events.

The latter type of action began several years ago with the effort to banish the Confederate Battle Flag from public view and then advanced to the removal of Confederate monuments and statues throughout the nation.  As President Trump recently intimated, however, this madness might not stop with the statues of Confederates, but could soon involve any figure that might be considered objectionable by the current “inclusive” standards of political correctness.  While the press scoffed at such a thought, Washington’s Mayor Muriel Bowser’s District of Columbia Facilities and Commemorative Expressions (DCFACES) group actually came up with a formal recommendation this year for the removal of a number of such monuments and statues in the nation’s capital, as well as the renaming of many streets, parks and public buildings in the city.

According to the report, the rationale for such erasures and altering of history was the “participation in slavery, systemic racism, mistreatment of, or actions that suppressed equality for, persons of color, women and LGBTQ communities and violation of the D. C. Human Rights Act.”  Eight federal monuments and statues were included in the initial list of objectionable targets to be removed . . . the Washington Monument, Jefferson Memorial and both the (Senator Francis G.) Newlands and Columbia Fountains, as well as the statues of George Washington, Andrew Jackson, Benjamin Franklin and General Albert Pike.  The mob, however, could not wait for any official action regarding General Pike’s statue as they pulled it down and burned it this June.  Other such acts of vandalism were also perpetrated in Washington during June on the World War Two Memorial and the statues of Polish Revolutionary War heroes Thaddeus Kosciusko and Casimir Pulaski, as well as the statue of Mahatma Gandhi in front of  the Indian Embassy.

The DCFACES report also listed forty-nine properties in Washington bearing names that they felt should be changed, such as the Jefferson Middle School, Jefferson Field, Thomas Jefferson Hall. John Tyler Elementary School, Woodrow Wilson High School, Francis Scott Key Elementary School and the Key Bridge Boathouse.  For some odd reason, if the mayor’s group felt that the Washington Monument, the statue of America’s first president and the Columbia Fountain all must go, they somehow overlooked the renaming of one very obvious site . . . Washington, District of Columbia.   It should also be quite obvious, of course, that none of the figures involved were even alive when the Human Rights Act was passed and were, therefore, “convicted” by Mayor Bowser’s group ex post facto . . . an action expressly forbidden in Article I of the Constitution.  The group has now also been made painfully aware by Federal authorities that the city of Washington has no authority whatsoever to act against any national memorial or monument. 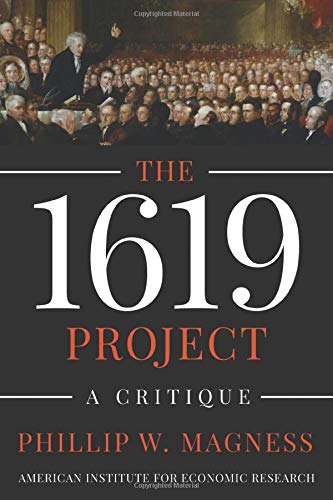 The monumental madness has now moved far north of the Mason-Dixon Line, and like certain primates that kill those who they feel do not belong in their group, the mob is now engaged in the destruction, defacing or removal of non-Confederate monuments throughout the country.  Some of these include highly unlikely figures from the pages of black history who actually fought against slavery, such as the defacing of the memorial to the Fifty-Fourth Massachusetts Regiment in Boston, an all-black unit that contained many former slaves.  Even worse, in June a statue of America’s leading black abolitionist, Frederick Douglass, was toppled and thrown into a gorge in Rochester, New York, the city where he published his abolitionist newspaper the “North Star.”  Among other statues that were pulled down within the past few months was one of George Washington in riot-torn Portland, Oregon.   In San Francisco, statues of General and later President Ulysses  S. Grant who led the Union armies to victory, Francis Scott Key who composed America’s National Anthem and Spanish missionary and saint Junipero Serra were also pulled down, and in Philadelphia, the statue of another famous abolitionist, Matthias Baldwin, was badly vandalized.

Mindless official action has also been taken to remove other statues of national figures.  For example, in New York City this June, Mayor de Blasio supported the decision to remove Theodore Roosevelt’s statue from in front of the city’s Museum of Natural History.  The eighty-year old equestrian statue honored the man who was not only one of America’s most outstanding presidents,  joining Washington, Jefferson and Lincoln atop Mount Rushmore, but a governor of New York State and whose father was one of the founders of the Museum in 1869.  Even so, the memorial was considered a symbol of “oppression and racial discrimination” due to it having an African native and an American Indian walking beside Roosevelt’s horse.  Just as moronic was the recent official order in Ohio to remove the sixty-five year old statue of Christopher Columbus from in front of the Columbus city hall . . . the city that was named in memory of Columbus when it was founded in 1812.

The American Revolution—The Sequel It Begins: Canada’s First Arrest Under THE Quarantine Act Sets The Stage For Aussie Like Tyranny