What is becoming increasingly clear is that those in strategic power countries have been bribed to impose lockdowns etc, and other countries have followed their lead assuming they are correct. The Flu deaths and real COVID are about the same. Governments have NEVER shut down the world economy for the Flu. It is obvious that there has been a covert operation behind bribing politicians most likely in Germany, Britain, Canada, and Australia for starters. We would NEVER have closed the world economy for the upcoming flu season. The number of doctors coming out against COIVID keeps growing. The more doctors who come out, the more others are encouraged to speak the truth.

The press is corrupt and is working very hard to destroy our culture and society. You do not find it in the mainstream press in Germany. They keep trying to pretend these protests do not exist. They are the imagination of “conspiracy theorists” so there is nothing to report. This time, the Berlin protest was well organized and everyone kept the social distance so the police had no justification to attack the people ruthlessly as they have been doing. 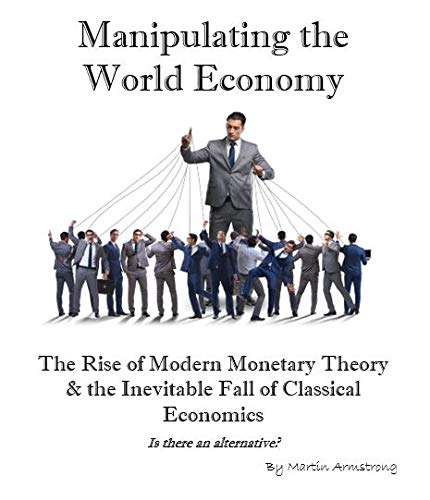 I am warning right now, Europe is risking a violent uprising if it keeps this Great Reset agenda of Klaus Schwab and Bill Gates. From February onward there is a risk of civil unrest against this absurd agenda. Schwab with his vision of the Fourth Industrial Revolution all built of green energy is the fantasy of a typical academic. Nobody created the industrial revolution. No government invented the steam engine which set it in motion and they NEVER designed or managed it.

In fact, the government ALWAYS interferes and suppresses economic innovation. Britain imposed a law that anyone driving a new-fangled automobile had to have a man walk before it with a horn and a flag to warn people one of these machines was coming. By 1890, the mergers of all these small railroad companies led to the Marxist intervention known as the Sherman Anti-Trust Act. Sherman saw that mergers reduced jobs in the light of Marxism. The internet has been created in the very same way. Small startups are bought out and further the advancement of the whole.

Schwab is so wrong it is laughable. It demonstrates that academics cannot learn everything without experience. Communism collapsed for the very same reason that a planned society cannot replace human ingenuity because bureaucrats, like academics, lack the experience to actually see how the economy evolves. 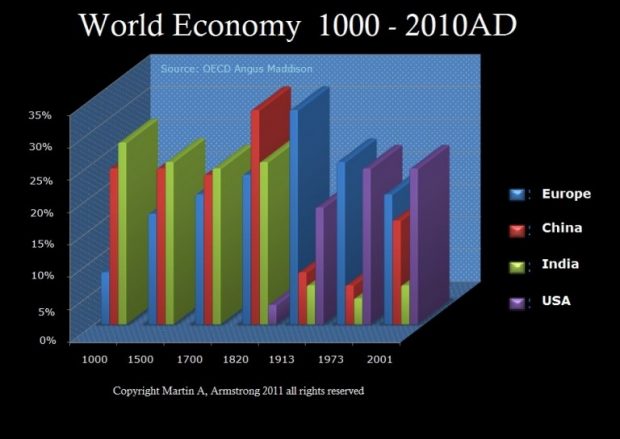 These people are HIGHLY dangerous for they are fulfilling what our computer has been forecasting – the collapse of Western Civilization and the shift to China of the financial capital of the world. We DESPERATELY need to stop these people. They are destroying our future and that of our children because of their arrogance and lack of experience. If they remove Trump, they win for he is the ONLY person who would dare to prosecute any of these people.

Armenia vs Azerbaijan War UpdateWhile We Were Distracted: The World ‘Roll Up Your Sleeve’ Congress