We have to stop that deadly virus that is so incredibly virulent that, according to the CDC, 99.8% of those exposed to it survive. Wear your masks is the order of the day, but along the way, many, including the Surgeon General of the United States, have said it is a waste of time.

That did not stop Germany from becoming the first country to impose a fine on all non-mask wearers. Chancellor Angela Merkel announced during a virtual meeting in September with state governors that almost the entire country will be under a 50 euros minimum ($59) fine for breaching the national mask mandate.

The use of face masks has become a highly politicized issue throughout the pandemic, with some individuals claiming that wearing a mask can negatively impact a person’s breathing and put their health at risk. Others say it is a useless barrier that lets viral particles in and out with ease. Regardless, the central authorities in our world want you and your children to wear one. 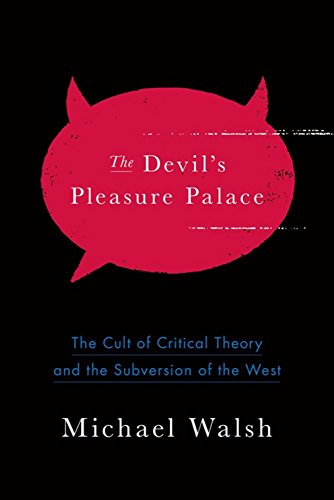 Running, walking, or even socializing outside
is not the cause of the vast majority of
coronavirus outbreaks, regardless of mask usage.

Health officials have gone back and forth on masks, but in general, they like to assure the public that face coverings can safely and effectively prevent the spread of COVID-19 respiratory droplets. Now, in what might be seen as a desperate move, they are promoting their safety with a study that assesses the changes in oxygen and carbon dioxide levels trying to put the best face on the dangers of mask-wearing.

In this study, researchers compared the breathing of each individual before and after wearing a surgical mask for thirty minutes that included a six-minute walking test. At the mark and 30 minutes after the walk, researchers found no significant changes in oxygen saturation or carbon dioxide levels.

By wearing a mask, the exhaled viruses will not
be able to escape and will concentrate in the
nasal passages, enter the olfactory
nerves and travel into the brain.

“Do your part. Wear a mask.” The Centers for Disease Control has recommended as much since April. But in the months since, the cloth coverings that muffle voice and fog glasses and soak sweat and serve as a general annoyance have become a part of pandemic politics when it is a medical issue. Politicians might as well be weighing in on quantum mechanics. It is important to note that until recently, the CDC did not recommend wearing a face mask or covering of any kind unless a person was known to be infected.

There is a difference between the N95 respirator mask and the surgical mask (cloth or paper mask) in terms of side effects. The N95 mask, which filters out 95% of particles with a median diameter >0.3 µm2, impairs respiratory exchange (breathing) to a greater degree than a soft mask and is more often associated with headaches. In one such study, researchers surveyed 212 healthcare workers (47 males and 165 females) asking about headaches with N95 mask use, duration of the headaches, type of headaches, and if the person had preexisting headaches.

The pore size of cloth face coverings ranges from ~ 20-100 microns.  The COVID virus is 200-1000x smaller than that, at 0.1 microns. Putting up a chain-link fence will not keep out a mosquito. Even the most esteemed medical journals admit their purpose is to calm anxiety. “Expanded masking protocols’ greatest contribution may be to reduce the transmission of anxiety,” writes Dr. Simonie Gold

Unfortunately, no one is telling the frail elderly and those with lung diseases, such as COPD, emphysema, or pulmonary fibrosis, of these dangers when wearing a facial mask of any kind—which can cause a severe worsening of lung function. This also includes lung cancer patients and people having had lung surgery, especially with partial resection or even the removal of a whole lung.

Decreasing the amount of oxygen people are breathing, by forcing people to wear masks, is not such a good idea. Under the mask, O2 readings drop from a regular 21 to an unhealthy 17.5, ringing the alarm of the official OSHA devices that measure such things.

The usual amount of CO2 in the air is approximately 400 ppm, when measured around the nose of mouth, would be higher. But wear a mask and concentrations shoot up to 5,000. This is not healthy.  Carbon dioxide in the air we breathe usually is at 0.0390 percent. When we breathe out, it is 4.0 percent.

The minimum oxygen concentration in the air required for human breathing is 19.5 percent. Approximately 78 percent of the air we breathe is nitrogen gas, while only about 20.9 percent is oxygen. The Occupational Safety and Health Administration, OSHA, determined the optimal range of oxygen in the air for humans runs between 19.5 and 23.5 percent.

The importance of these findings is that a drop in oxygen levels (hypoxia) is associated with an impairment in immunity. Studies have shown that hypoxia can inhibit the type of main immune cells used to fight viral infections called the CD4+ T-lymphocyte. This occurs because the hypoxia increases the level of a compound called hypoxia-inducible factor-1 (HIF-1), which inhibits T-lymphocytes and stimulates a powerful immune inhibitor cell called the Tregs.

People with cancer, especially if cancer has spread, will be at further risk from prolonged hypoxia as cancer grows best in a microenvironment that is low in oxygen. Low oxygen also promotes inflammation, which can promote the growth, invasion, and spread of cancers.  Repeated episodes of hypoxia has been proposed as a significant factor in atherosclerosis and hence increases all cardiovascular (heart attacks) and cerebrovascular (strokes) diseases.

I wonder what the Surgeon General had to say about facemasks. Does it matter? “Florida Sheriff Orders Deputies & Staff NOT to Wear Face Masks,” reads the headline.“Marion County Sheriff Billy sent an email Tuesday informing the 900 people working in the department that “when you are on-duty/working as my employee and representing my Office – masks will not be worn,” the Ocala Star-Banner reports.

Here’s what Dr. Fauci says: “There’s no reason to be walking around with a mask. When you’re in the middle of an outbreak, wearing a mask might make people feel a little bit better, and it might even block a droplet, but it is not providing the perfect protection that people ‘think’ that it is. “And often, there are unintended consequences: People keep fiddling with the mask, and they keep touching their face.”

Government officials in the Netherlands will not ask citizens to wear masks, as they say, there is no clear evidence that doing so would slow the spread of the coronavirus. Instead of mandating facial coverings, the country will seek a solution that includes more physical distancing. “Because from a medical perspective there is no proven effectiveness of masks, the Cabinet has decided that there will be no national obligation for wearing non-medical masks,” Dutch Minister for Medical Care Tamara van Ark said.

As America waits for a COVID-19 vaccine, the Centers for Disease Control and Prevention’s director Robert Redfield said we all might be better protected by simply continuing to wear masks. “I might even go so far as to say that this face mask is more guaranteed to protect me against COVID than when I take a COVID vaccine,” said Redfield, in testimony given to the Senate Appropriations Committee.

Do Your Part. Wear A Mask?

James Grundvig says the masks are the Swiss Army knife of the architects’ tool box; 1. They control people and make them subservient. 2. They allow AI face recognition software to identify people with masks on and off; 3. They prevent full communication using facial expressions.

Dr. Russell Blaylock warns that not only do face masks fail to protect the healthy from getting sick, but they also create serious health risks to the wearer. The bottom line is that if you are not sick, you should not wear a face mask.

The end goal of masks is to make you fall
in line and to roll up your sleeves in the
>biggest biological experiment in history.
Dr. Russell Blaylock 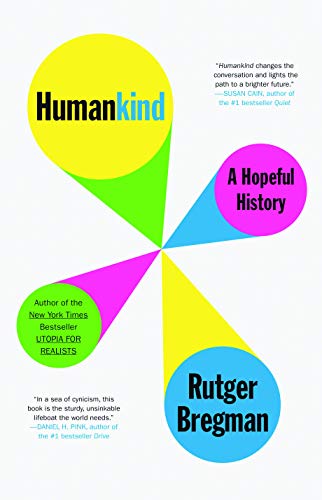 “As for the scientific support for the use of face mask, a recent careful examination of the literature, in which 17 of the best studies were analyzed, concluded that, “None of the studies established a conclusive relationship between mask/respirator use and protection against influenza infection.” Keep in mind; no studies have been done to demonstrate that either a cloth mask or the N95 mask has any effect on the transmission of the COVID-19 virus. Any recommendations, therefore, have to be based on studies of influenza virus transmission. And, as you have seen, there is no conclusive evidence of their efficiency in controlling flu virus transmission,” concludes Blaylock.

Gary D. Barnett, writing about how the beauty of life is being destroyed by lockdowns and masks says, “All of this ugly absurdity now exists, but the most beautiful thing in life is also being destroyed before our eyes. That is the beauty of love and caring. It was once said that “love is a many splendored thing,” and that may be an understatement, as what more defines the human spirit than love? Today, people are wearing harmful and useless masks; they are told not to get close to any other; they are voluntarily, for the most part locking themselves inside home prisons and are not even allowed to work or be with co-workers. People are becoming unrecognizable zombies, frightened of all strangers, friends, and even family. Romance and passion are shunned and in some parts of the world forbidden due to this virus hoax, so many have acquiesced to this travesty, and now most all communication is via a cold and impersonal computer screen. The idea of a robotic humanity without feeling now seems possible, and is even being promoted; and in some parts of the world, it is being actively sought. This insanity is no longer science fiction, but is on the verge of reality. No good can come from this horror.”

When Will the Divisiveness End? Trump and Biden Squabble While America Burns