Did Trump’s Federalism Just Win Him the Election?

For months we’ve been told that President Trump has trailed Democrat Joe Biden in the opinion polls. His odds of winning were vanishingly small.

From the moment the George Floyd protests turned into violent riots Trump refused the call of conservative pundits like Mike Cernovich and Ann Coulter to invoke the Insurrection Act of 1878 in Minneapolis.

They were wrong to jump the gun. Trump was being goaded into acting like a dictator which the Democrats would have pounced on him for. It was too early in the cycle.

He had to, politically, take a punch in the mouth and allow things to get out of hand. There was no good decision for him back in May.

The people were still fighting with the shock of the Coronapocalypse, stimulus checks were being mailed out and unemployment offices around the country were so overwhelmed they couldn’t process the claims quickly enough to make the weekly report even close to accurate.

Trump, rightly, prioritized that while making his opposition to the looting and rioting plain for everyone to see on his Twitter feed, while allowing the local officials the leeway to deal with the problems as they saw fit.

During two major concomitant crises Donald Trump acted as a President we’re supposed to have, one that governs via the principles of Federalism as laid out in the Constitution, rather than as a dictator.

He may have publicly upbraided New York Governor Andrew Cuomo for his mishandling of the COVID-19 outbreak, but he didn’t usurp Cuomo’s authority. 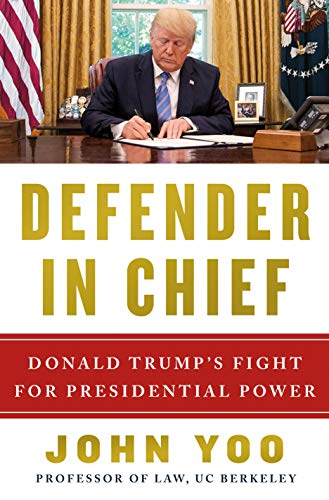 New York City Mayor Bill DeBlasio may have purposefully allowed parts of his city to burn and undermine the authority and legitimacy of his police force, but Trump didn’t send in Federal troops to quell the situation.

Rather he let DeBlasio and Cuomo hang themselves. Cuomo is done as he is now revealed to be a “Grandma Killer” for political reasons and under Dept. of Justice investigation for his actions.

DeBlasio is now finished, revealed as a hyper-sympathizer with BLM who has now left Manhattan out to dry, sparking a mass exodus out of the city which was already underway thanks to Trump’s SALT deduction removal under the tax cut from 2017 and the new normal of people working from home thanks to the official story that COVID-19 will kill us all.

The same thing happened in Minneapolis with the George Floyd riots and now Trump, according to the latest polling is up 5 points in Minnesota and six mayors of major cities there openly endorsed Trump’s re-election.

This segment from Tim Pool is really good, going over the dramatic shift in the polling (polling stuff begins at 4:16).

Weeks ago, I told you that I thought Trump was set to win re-election based solely on the DNC choosing Sen. Kamala Harris as Joe Biden’s running mate.

At that point, the polling map, according to 270 to Win had Trump with just 107 Electoral College Votes locked down. 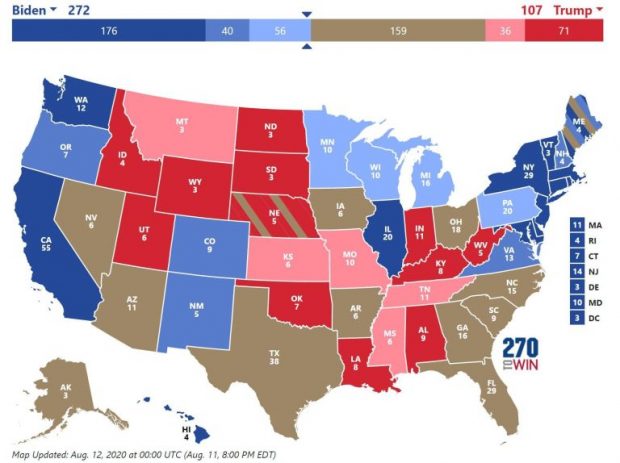 Today, after weeks of continued riots and escalating violence which, I hope, crested in Kenosha, Wisconsin last week with Kyle Rittenhouse’s life-changing evening, that map looks completely different. And the Democrats are officially freaking out. 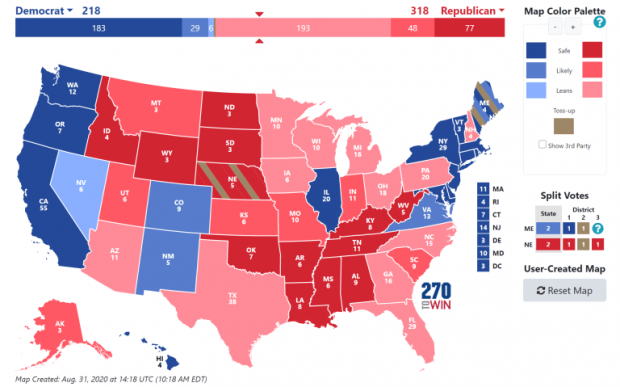 This map is far closer to what the truth was back in July if the polls were anything close to accurate, which they most certainly are not. Between Democrat over-sampling, bad pools of potential respondents and clear suppression of voter preference for fear of reprisal, most of these polls are still skewed between 3 and 5 points in Biden’s favor.

Look, it’s bad for the media’s business if the election narrative is a blow out for either candidate. So the polls are primarily used to shape public opinion rather than reflect it to keep the story relevant.

The last thing the Democrats and their allies in the media actually want is for people to accept as fait accompli that Trump will win. 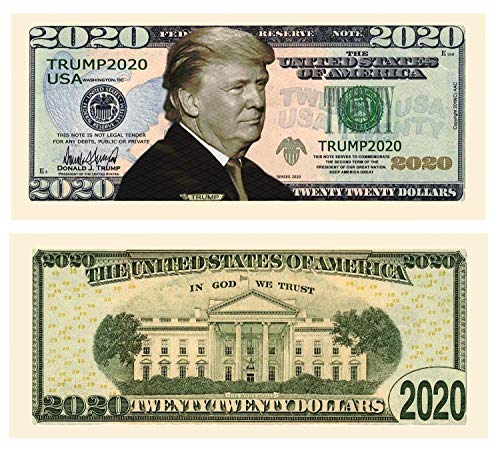 But with the abject panic on the faces of every major political operative in league with or campaigning as a Democrat, it’s clear this story is one they can’t create out of whole cloth and staged events.

Now Biden is talking about finally coming out of his gimp cellar to campaign in battleground states like Wisconsin, Minnesota, Pennsylvania and Arizona. But it won’t work.

He’s already lost those states to the angry mob he sat back and encouraged. Trapped by his own incompetence, shrinking mental faculties and bad advice Biden is now facing the same problem that Hillary Clinton faced in 2016.

He’s having to play clean up in states he thought he had won rather rather than attack states he needs to win. Biden going to Pennsylvania ensures Florida goes for Trump.

Trump, like he did in 216, campaigning in Wisconsin, Michigan and Pennsylvania, can now go into supposed Blue Wall states and really force the issue there.

If the DNC has to spend one dollar in places like New Jersey, Oregon or New York, it’s a net win for Trump to go after those places, even if all he does is tweet a bit and show up for an event or two.

Sometimes the best thing a leader can do is nothing at all. It flies against modern political doctrine that a leader needs to be seen as pro active and engaged all the time.

By keeping his hand n the crisis at hand while staying it in local affairs Trump gained political points with people who were betrayed by the people they voted for.

Remember, all politics is local. Political strategists removed from the scene tend to forget this. They think nationally, as Tim Pool pointed out in the video linked above. They forget that people in Portland Oregon voted for Ted Wheeler. People in New York voted for Bill DeBlasio and Andrew Cuomo.

And voting for someone is a psychological barrier. People vote first for the person they most identify with or aspire to have in their lives. Upper middle class, midwit (H/T Michael Malice), Democrats hate Donald Trump because he is vulgar to them. Their votes won’t change, but at the same time, they also won’t abide someone failing to protect them from looting and rioting. 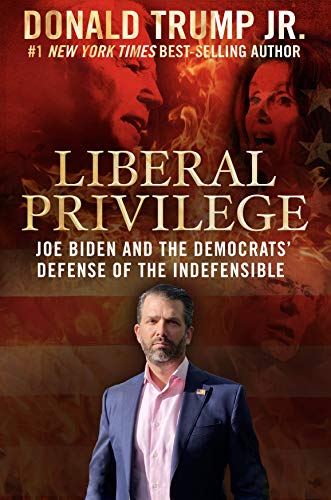 And there is nothing worse than a voter scorned, especially a female voter scorned. This has been the real dynamic at play here. Trump doesn’t have to turn those folks to his side to win this fight, he just has to allow voters to feel betrayed by their people.

Many of them will stay home, or vote third party. Those less committed will pull the lever for Trump and refuse to vote Democrat locally ever again.

And it was clear that a few of Trump’s advisers understood what was really happening far better than the Twitterati who only play at being strategic thinkers.

Jumping into the fray early, betraying the Constitution and undermining the authority of local officials was the advice of panicky losers, not those with a Gorilla Mindset.

It takes a hard heart to let cities burn and people’s lives be destroyed in the short term to gain a strategic advantage in the longer term. Both sides thought they were doing this. Only one of them would be right about the outcome.

The stage is set, now all that is left is to shore up how the votes are counted to put this insurrection to bed properly, peacefully.