The Right Versus the Axis of Wokeness

In response to the recent riots and protests, America’s biggest companies have committed hundreds of millions of dollars to so-called racial justice organizations such as Black Lives Matter (BLM) and denounced political speech on the right as hate. The conservative establishment has greeted this rise in corporate “wokeness” with a mixture of surprise, fury, and a sense of betrayal.

In reality, it’s just the chickens coming home to roost for the establishment right. For years, National Review, the Heritage Foundation, and the rest of the mainstream right have been silent about the growth of corporate power and its influence on the U.S. political and social landscape. They have finally woken up to the fact that big business has never been their friend. There has been no “change in values” within the executive suites.

In fact, multinational corporations and the far left are natural bedfellows. Both factions are staunch supporters of globalism, including mass immigration, according to former NYU professor Michael Rectenwald. Pushing for open borders provides cheap labor and an expanded consumer base for corporations, while satisfying the left’s political demands for multiculturalism.

Rectenwald says big business treats some of the very fundamentals of nationhood—borders, citizenship, cohesion, and historical ties—as impediments to the free flow of capital and labor. He says these are considered “obstacles to global corporate dominance” generally. The corporations’ far-left allies, he says, simply see borders and distinctions between peoples as discriminatory.

What corporations actually gain from the hard left is legitimacy. French novelist Renaud Camus once likened this relationship to an old, rich woman with an execrable reputation introduced to an ambitious young man with good credentials but no money. The apparent odd couple soon find that they have a lot to offer one another: the former has money and media access; the latter embodies seeming virtue and can provide a good image-boost. It’s the combination of these two forces that makes the axis of wokeness between corporations and the left so strong today. 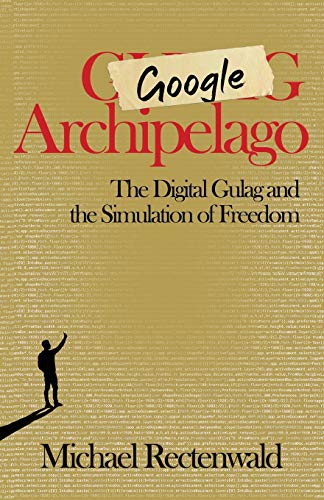 Americans need to understand that corporations are essentially psychopathic entities. The 2003 documentary The Corporation contains a memorable scene in which a psychologist is asked whether a corporation, if treated like a person, would be considered a “psychopath.” Running down the list of symptoms including deceitfulness, incapacity to experience guilt, and reckless disregard for its effects on others, the doctor concludes corporations fit the profile.

A typical corporate chief executive commits his focus and energies to one thing only: meeting the quarterly profit expectations set by the equity analysts at the major investment banks. Any campaign that claims corporate values are social values is either phony brand activism or what Rectenwald calls a “rhetorical placebo” designed to divert attention from things like stagnant working-class wages. The profit motive tends to overshadow even the personal politics of chief executives.