“We know that wearing a mask outside health care facilities offers little, if any, protection from infection. Public health authorities define a significant exposure to Covid-19 as face-to-face contact within 6 feet with a patient with symptomatic Covid-19 that is sustained for at least a few minutes (and some say more than 10 minutes or even 30 minutes). The chance of catching Covid-19 from a passing interaction in a public space is therefore minimal. In many cases, the desire for widespread masking is a reflexive reaction to anxiety over the pandemic.”

These days everyone imagines himself or herself to be a scientist. Scolds, who labor under the delusion that reading the New York Times is equivalent to holding a doctorate, unceasingly inflict on us finger-wagging lectures about how we need to “listen to the science” when it comes to masks. Apparently “masks work” because “The Science™” says so. Newsflash: these media figures and self-styled authorities aren’t (largely) scientists and know not of what they speak. As a scientist myself I feel compelled to set the record straight on what is, and is not, science. For those degreed scientists out there parroting the mask propaganda: for shame, you should know better. Cherry picking, selection bias, anecdotal data, and dubious models have no place in the arsenal of scientific inquiry. 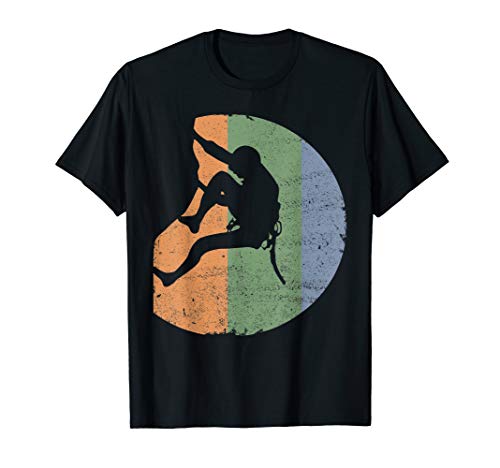 What is the claim built on?

Here’s the problem with “the science” about masks: the media cited studies are built on a foundation of sand. They are based on computer models1, anecdotal stories2, theoretical mechanistic (non-biological) analysis, or hypothetical contra factual scenarios.1 In short, if the conclusion of a study rests on “this would have happened” then that is not science. Science does not compare contra factual or hypothetical scenarios. It analyzes concrete, reproducible, controlled conditions (that are broad enough to be statistically valid). In every single story where there has been a reference made to evidence that “masks work” and I have drilled down through the 42 layers of links to get at the actual research document, it turns out the study is, surprise, based on a contra factual model, anecdote, or purely mechanistic study. Every. Single. Time. How do models support the claims? They make a “post-diction” for an alternate universe where masks were not deployed. Then they compare those values to the real world and wouldn’t you know, the numbers are lower when masks are used. The non-scientist with little time to drill down to the source will credulously accept what is read. Why shouldn’t they? An “authority” was cited and we’ve been trained from childhood to be predisposed toward trusting those perceived to be “in charge”. This is why whenever one questions the mask narrative the response is invariably “so and so said they work.” This is nothing more than the common logical fallacy known as an appeal to authority. Such a response deflects the inquiry, it does not answer it. When you encounter an appeal to authority your BS meter should max out. We should take every news story with a grain of salt and seek answers to the artfully omitted questions. Everyone has an agenda, even me. My agenda is to set the record straight and not allow the noble scientific profession to be prostituted in service of state propaganda. I encourage the reader to question and consider my assertions and to verify my claims by the references provided. 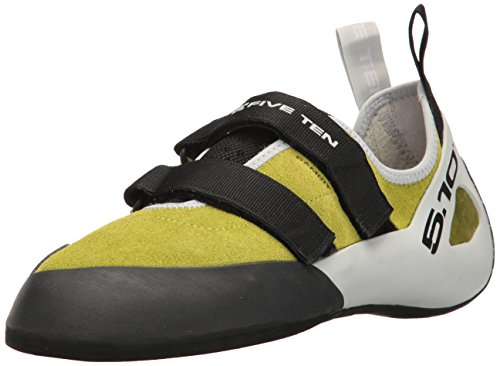 One of the problems with models is their perception by the public as infallible fonts of knowledge. The media reinforces this narrative by credulously reporting model-based claims without any scrutiny. They never consider questioning the underlying assumptions built into the models. Models are easily manipulated. They are malleable and versatile instruments. In the hands of a virtuoso they can play any tune. They are tools of science, but they are not science themselves. Science is not SimCity. Science is doing real work in the real world to gather real data. Once one has collected data, then one may develop a model – based on that data – to make predictions about the future. Those predictions are then tested (i.e. the prediction is falsifiable). It is impossible to check a post-diction for a contra factual universe. The impossibility of such verification precludes falsifiability of the claim and in doing so removes it from the realm of science toward “what-if” fantasy.

Evidence against the claim?

The reader might now be wondering, “well where is the evidence against masks?” Sorry, that’s not how science works. Those making the novel claim carry the onus to support it. You have to prove your claim; I do not have to disprove it. A claim cannot be said to be true because there does not yet exist evidence disproving it. This is the same as the foundation of our legal system; innocent until proven guilty. Guilt is a novel positive claim and must be proven. Were this also not the standard in science, then one could claim ghosts exist because no one has definitively proven they do not exist. With that said, because the “masks work” claim is a scientific one it is therefore subject to falsifiability. If it is true, then we should see fewer real world infections when use vs. non-use scenarios are compared.. Is that what we see? Unfortunately, no. There are a number of studies in the literature from the pre-Covid era regarding real world mask effectiveness at limiting contagions. In short none of them demonstrated any statistically significant diminishment in real world viral spread. 3,4,5,6,7,8,9,10,11

The lack of substantive empirical data in real world environments has shifted the focus toward teasing out a positive correlation between mask use and case loads by reviewing case counts across cities, states, and countries over time. One may certainly cherry pick a country, state or time frame where mask use is high and case rates are low. But for every one of those you can find several more that counter it.12,13,14,15,16,17,18,19 The scientific method demands one looks at all the data, not just the data that confirms the preconceived conclusion (selection bias). When all localities are analyzed, the aggregate results demonstrate zero correlation between masks and case counts. Zero. However, even this is a bad metric for both sides. There are simply way too many variables at play to claim this one thing (masks) had an effect or did not relative to other competing influences. However it certainly doesn’t help the “masks work” camp that the vast majority of such comparisons show no correlation or a negative correlation (i.e. better outcomes in low mask use localities). Correlation does not prove causation; but, it is impossible to have causation without correlation. 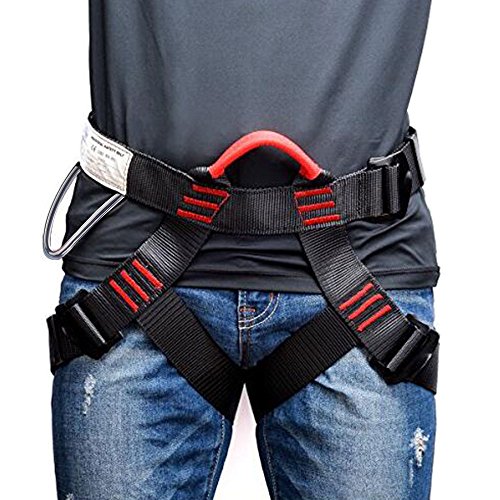 Compelled mask wearing (along with all the other various restrictions on normal life) is morally equivalent to the banning of alcohol, drugs, and firearms: a handful might be irresponsible so all must suffer the remedy in order to protect a vanishingly small minority. This mode of thinking, sacrificing the many in favor of a few, does not come without costs. The reflexive objection here is that the benefits could be substantial while the costs should be minimal. Perhaps in March that approach might have been sound given the ignorance surrounding what we were dealing with. But here we are months later and it has become clear who is at risk and who is not. It has become clear that widespread mask use does not correlate well with reduced cases. 12,13,14,15,16,17,18,19  It has become clear that asymptomatic spread is a negligible risk vector.20 Countries such as Canada, Australia, and even Sweden have much lower mask compliance but with equal or lower case loads and deaths per capita than the US.21 If the effect was substantially beneficial we would not expect this outcome. A benefit too small to be measured must be weighed against a cost that is measurable. The longer people suffer under these mandates the costs come into greater focus. Interacting with a sea of faceless zombies is disrupting normal social cues, interactions, and at some level social cohesion itself. A smile can brighten ones day. Sadly, those are cancelled for now. This is stressful to the human psyche in a way that is not easily accountable. Theoretically solitary confinement shouldn’t be mentally taxing – and yet perplexingly it is among the harshest of punishments. Social interaction matters. Likewise on the individual level there are increasing reports of inflamed skin conditions and fungal infections from prolonged mask use.22 Further, fatigue and “brain fog” are elevated by long-term excess CO2 inhalation.23 No, masks do not decrease oxygen intake, but they do increase CO2 intake – even the pro-mask camp admits that – although they try to hand wave it away by disclaiming that such high levels of CO2 are “tolerable” or pose no “serious” health risk. But, just because something is tolerable or not serious does not mean it is ideal either. No air conditioning on a 95 °F day is “tolerable” too but I doubt many would enjoy it long term. Would you forgo air conditioning forever if you were told it would save 10 lives? I suspect few would willingly partake in that offer. We are allowing the scolds to rhetorically guilt us into a corner where non-compliance with their arbitrary dictates is equated with sociopathic behavior merely because it is claimed a life could be saved. That is a dangerous precedent. It opens the door to justifying any demand upon one’s behavior if one meekly submits.

What should be done 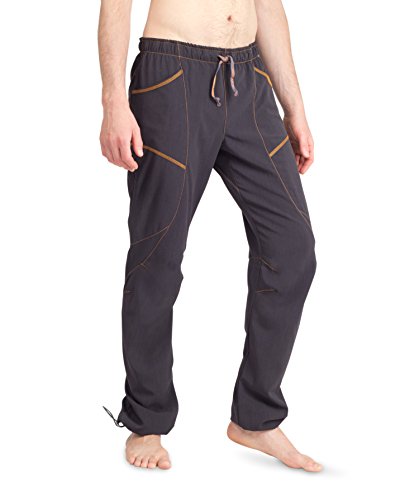 A more effective strategy would be to shift from indiscriminate universal mandates and toward targeted and individualized interventions. Resources are limited and should be focused and not scattered about. For example, N95 masks do largely protect the wearer. Unless regulations are impeding production, there is no reason supplies should be constrained anymore. If there are regulations, then remove them. If you are concerned about exposure to yourself, wear a properly fitted N95 mask. This would be self-regulating in direct proportion to its effectiveness. If cases went up, then more people would opt to don masks, which would then drive the cases back down. Because the proportion of society at elevated risk (mostly those above age 70 with health conditions) is a minority there should be no issue in supply of such masks. Additionally, there is some limited mechanistic evidence that surgical (not cloth) masks may be useful in limiting droplets and aerosols in ill patients (although the viral load found was barely measurable even without the mask).24,25 This may be useful in a health care or home setting. Restricting such mask use to those at risk (N95) or actively sick (surgical) has the added benefit of signaling to everyone around them that they are to be avoided. Targeted social distancing would be vastly superior to a universal mandate. Fatigue over this standard among the clearly healthy leads to lapses in maintaining it. Let those at low to no risk foster herd immunity while staying distanced from those who are sick or at risk. We all have a role to play. It is counterproductive to force all to play the exact same role. Allow the healthy to be exposed (natural vaccination) to build herd immunity while focusing protective resources on those actually at serious risk.

Individualized measures based on a person’s risk profile are how this country and the rest of the world handled such decennial pandemics up until now. The strategy this year: lockdowns, social distancing, universal mask mandates – these are the unprecedented policies that should be scrutinized with a skeptical, critical, science based, analysis.

Reprinted with permission from Porcupine Musings.

I Have Never Served in the MilitaryCollapse Is a Process, Not an Event