The Trump administration, desperate for some good news, just manufactured its own news by confecting a ‘peace’ deal between Israel and a bunch of pipsqueak Arab monarchies – just in time for November US elections.

The Gulf monarchies – the United Arab Emirates and Bahrain – that signed this agreement are so frightened of neighboring Iran that they would happily have opted for Israeli rule rather than welcome the angry, unforgiving Iranians, who call the Gulf Arabs ‘traitors, cowards and backstabbers,’ a sentiment shared by much of the Arab world.

Few Americans could find these little sheikdoms on a map.  But many evangelical voters, who have a comic-book view of the Mideast, will think the Trump administration has achieved a major feat by supposedly bringing peace to the Holy Land.  Cynics, among them many Israelis, will likely scoff at such falafel in the sky thinking.  Oman is expected to sign the new accord.

Israel remains intent on expanding its borders to gobble up all of what was historic Palestine and its water resources.  Five million Palestinians will remain stateless.  Israel also has its eye on fertile parts of Syria and Lebanon.

As I suggested in my book on Mideast strategy, ‘American Raj,’ the key beneficiaries of any Arab-Israeli peace deal would be Israel’s bankers, businessmen and arms makers.  If a decent peace deal can be made with the Palestinians, the doors of the entire Muslim world (a fifth of humanity) will be opened to Israel’s commerce and finance.  This will be a huge bonanza worth orders of magnitude more than the West Bank’s scrubby slopes.

But to do so, Israel’s hard right and religious extremists will have to lessen their demands for Arab land and water – that is, what they term, Greater Israel. Just as difficult and obdurate will be Trump’s evangelical core voters who want to see a mythical Biblical Israel recreated, paving the way for the return of the Messiah and earth’s fiery destruction.

The United Arab Emirates, population just under 10 million, is only 10% Arab.  The rest of its people are mainly Indians and Pakistani coolies, giving rise to the old bon mot that Dubai and Abu Dhabi are the world’s best Indian-run cities. 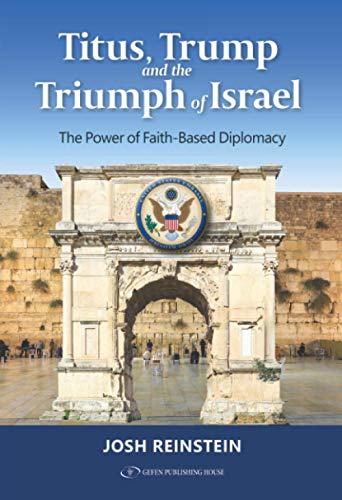 Non-Arab members of the UAE are treated like slaves.  They are paid a pittance, poorly fed, and live in squalor.  Non-Arabs have no rights.  Arab citizens don’t have any rights either, just a better standard of living.

I remember these tiny city states from the early 1970’s when I worked for a leading US firm that smuggled high-end cosmetics and perfumes into India, Pakistan and the USSR via Dubai’s busy port.

Back in the day, Britain’s intelligence agency, MI6, controlled Oman and its royal rulers.  Similarly, the CIA today exercises great influence over Kuwait, Saudi Arabia and Jordan, not to mention Egypt and Morocco.  Tiny Qatar maintains a degree of independence in the face of Saudi threats and efforts by the Trump people to crush it.

The big Mideast deal ballyhooed by Trump and Co. is in reality a phony peace between secretly allied Gulf States and Israel.  They have been playing footsie for over a decade.  It is not primarily about peace but about Iran and arms sales to the Gulf States and Saudi Arabia that they have no idea how to use.  Weapons sales are a protection payoff to Washington, which has important bases in Qatar, the UAE, Oman, Saudi Arabia and Israel.

What next?  Will Trump declare a trans-Pacific alliance between Tonga and the US to ‘contain’ China?

As for peace in the Mideast, recall the biting words of Roman historian Tacitus, ‘where they make a desert they call it peace.’  That is what awaits over five million Palestinian refugees, not a new dawn promised by the Trump administration.

Previous article by Eric S. Margolis: The US and Britain Are Now Getting a Tragic Sample of the Weapons They Unleashed Against Iran