The World Health Organization (WHO), a globalist quasi-biological terrorist and population control org that now exercises more authority over the world human populations than elected officials or even the most ruthless military commanders, initially spread misinformation that paper money potentially spreads COVID-19 coronavirus.

Not to worry about anthrax, which is a bacterium, or any other respiratory virus like tuberculosis, it’s just COVID-19 coronavirus that the world should fear and that adheres to paper money, even though more die of TB than COVID-19 every year.  So, you know there must be some hidden agenda here.

Back in March of 2020 the WHO encouraged use of digital payments over paper money to slow or prevent the spread or infection from COVID-19 coronavirus.  Oddly, throughout history, the spread of infectious disease has not been linked with handling paper money or even hand shaking.  Saying, “don’t take chances if you don’t have to,” the WHO warning in news reports buries its qualifying statement: 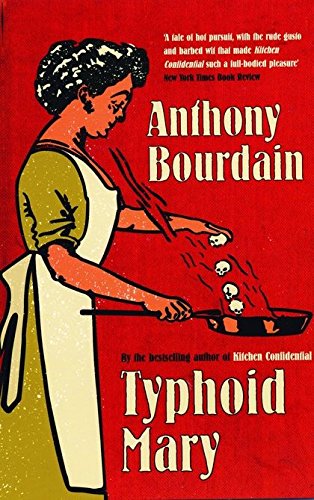 “The WHO didn’t explicitly say that money specifically is linked to coronavirus.”

“But this is not thought to be the main way the virus spreads,” the CDC says.  It is transmitted by airborne route from infected to uninfected lung.

On March 6th, 2020 the backtracking WHO said: “We did NOT say that cash was transmitting coronavirus.” But that is how the fear is started.  Wearing face masks started as a voluntary practice and morphed into a law-breaking offense if not worn in some communities.

MITs Technology Review headlined a report entitled: “No, coronavirus is not a good argument for quitting cash.”  The MIT report said: “For virus particles on a dollar bill to infect a human, they must follow the ‘primary route of infection’ it appears that people become infected by inhaling particles someone else has coughed or sneezed into the air…”.

But many businesses now don’t accept cash.  No edict or law has to be passed — just get private businesses to do what is expedient for them.  Refuse legal tender, then businesses don’t need armored trucks delivering cash and coin, nor even handing out pennies in change, or face robberies or internal theft.  And there goes American freedom.

Globalist digital money is just what the Romans used to build their empire in conquered territories and ushered in its own Denarii as a way to rule.  A military mint travelled with Caesar.  Caesar’s denarii were real money, real gold coins.  Digital fiat money can only represent money and can vanish with a single hack of the whole system.  That’s already happened to Bitcoin.

THE HIDDEN AGENDA
But only in passing did the MIT article refer to viruses being transmitted by paper money which included mention of going to a cashless society. And therein lies the hidden agenda.  You need a global pandemic to usher in a global currency.

The European-based World Economic Forum (WEC) has announced a RESET of the world economy is scheduled to launch in January of 2021 and the key part is selling the idea of a cashless society.

The US Federal Reserve is reported to be tinkering with such an idea – digital dollars.  Don’t think the FED isn’t ready to put digital currency into emergency use over some contrived biological threat.  All the FED has to do is start limiting the amount of money in circulation to cause the public to demand an alternative currency.

Anticipate banks to close branches (already underway), limit or remove ATMs, and for government to create a shortage of cash money over some contrived report that COVID-19 coronavirus is spread via money like Typhoid Mary spread disease. In fact, the Typhoid Mary analogy is being used to scare people into submission.

Mary Mellon was an asymptomatic carrier of typhoid fever in 1907.  Typhus is a bacterium, not a virus, that is spread via contaminated water or food.  For the record, typhoid fever was virtually eliminated by chlorination of tap water, which began in 1908.  Prevention and public hygiene are superior to vaccination.  In fact, water chlorination abolished cholera, Legionnaire’s disease and dysentery as well.

DIGITAL CURRENCY TO BE USED ON MULTIPLE FRONTS

It’s not germ protection, or even faster payments that digital money would facilitate, it is mention of digital dollars being used on “multiple fronts,” says a report at Nasdaq.com. 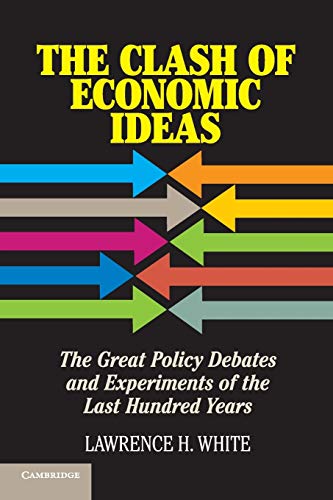 Digital money can become a way to invoke behavior modification.  There would be penalties for failure to vaccinate, buying petrol-fueled vehicles, even buying sugary foods.  This is the social credit score that China has already launched.  Jaywalk and get caught on a camera and you automatically lose points on your social credit score.  Maybe you have to pay fines and they are automatically deducted from your digital account.  So much for a hearing and due process.

HOLD ON TO YOUR “DUMB DOLLARS”

Nasdaq.com article says:  “The coming digital dollar, call it the ‘smart dollar,’ will be far more versatile and powerful than the old dumb dollar.”  Smarter, or more sneaky?

Nasdaq.com admits the so-called smart dollar “would further tighten any government’s grip on its citizens.”  As if listening in to every phone call, intercepting email messages, snooping into where you go online or even geographically isn’t enough.  Welcome to the scary world of Orwell’s 1984.

Nasdaq.com says: “a central-bank-issued digital currency will range from nuisance to nightmare.   Programmable digital currency would also be a kind of monetary panopticon, spying on everything you do by way of transaction data.”

Brooks says part of “the reason why payments activity has moved outside the banking system is because consumers now want to receive their services in a different way.”  No, it is banksters and governments that want digital fiat money to be the preferred payment platform.  Government will collect billions more in taxes and banks will cut their costs tremendously – – – online banks would prevail and 472,000 bank tellers would lose their jobs and actual physical bank buildings would be a thing of the past.

NOT TO WORRY; WE CAN TRUST THEM (SURE)

But to calm our fears, the Bank of International Settlements, the central bankers bank in Europe says: “None of the digital currency projects surveyed seek to replace cash; all aim to offer a digital complement.”

Sure, sure.  But these assurances are nothing but false promises.  Recall gold was confiscated in free-market America.  That is why a shortage of coins has also been declared.  They want all forms of money outside of digital to be gone.  The public is none the wiser.

Let’s not forget what comrade Vladimir Lenin said: “”There are decades where nothing happens; and there are weeks where decades happen.”

Let’s not forget, in the span of a few days, church-going became a risk while liquor stores remained open.  Numb the society.  Let’s handle the stress and anxiety with booze rather than votes against all this destruction of individual liberty.

ONCE GONE, WILL WE EVER GO BACK TO PAPER MONEY?

Just how does a society return to “normal” when fears are so quickly instilled in the human soul?  Will church parishioners or baseball fans return to their pews and seats?  Maybe never in this generation.   Will we ever go back to paper money after it too is feared?

Economist Lawrence H. White says a digital currency “won’t be a “win” for the public.”  According to White who is quoted in a Wall Street Journal report:

“The Fed (central bank) would provide households and nonbank businesses with transaction accounts on its own books, giving government the ability to track all payments and eliminating the anonymity provided by physical cash today.”

It’s like having the Federal government placing a camera pointed inside your wallet, peering in at every source of income, taking Social Security and Medicare (FICA) funds out automatically, invoking unappealable penalties, lowering your social credit score (you only can go down).  The Federal government will manage your pocketbook from afar.

And how do you give your kids spending money?  Pay your baby sitter?  Teach your kids how to use money?  Kids in families on welfare will believe money comes from the card and government,  not hard work.  And even if your baby sitter has a digital money card, she is now going to pay taxes, or at least make FICA payments.  Your kids won’t be able to buy ice cream off the ding-dong truck because they don’t have a digital money card.  Forget the curbside lemonade stand.  There will be no money for the beggar at the end of the freeway offramp either because he doesn’t have a digital money card.  And sugary ice cream may cause dental decay, so that transaction could be blocked.  And there goes American life, not just our freedoms.

Coroner Says Covid-19 Counts May Be Wrong, Leading to Unnecessary Fear The Freedom To Pursue Happiness