How Lincoln Won the Republican Nomination

“The tariff is to the government what a meal is to the family.”
Abraham Lincoln, Speech in Pittsburgh, Pennsylvania, Feb. 15, 1861

By the mid 1850s Great Britain had abolished its “corn laws” that imposed heavy tariffs on agricultural imports and had become essentially a free-trade country.  This was a result of the heroic efforts of the “Manchester School” of free-trade economics led by businessmen Richard Cobden and John Bright.  France was moving in the same direction thanks to the equally brilliant writings and speeches of Frederic Bastiat, who precisely labeled protectionism as “legal plunder.”  Many other countries of the world were doing the same, working to abolish this hoary remnant of eighteenth-century “mercantilism,” the European system of economic policies that benefited politically-connected businesses at the expense of consumers and everyone else.  Government of crony capitalists, by crony capitalists, and for crony capitalists was being stamped out.

In America the tariff rate was the lowest of any year of the nineteenth century, 15% on average, in 1857.  The Confederate Constitution that was adopted in 1861 outlawed protectionist tariffs altogether, allowing only for a modest “revenue tariff” in the 10% range.

The Northern states, by sharp contrast, were hell bent on imposing eighteenth-century British mercantilism on America, with the new Republican party as their political weapon.  This included not only protectionism but also corporate welfare for road, canal, and railroad-building corporations and a national bank controlled by politicians modeled after the Bank of England.  It was the rotten, corrupt, economically-impoverishing British system without the British.  It was also a system that they intended to keep them in political power indefinitely by linking the moneyed elite of the Northern states to the government with their party being the primary vehicle of legal plunder.  Since the South was an agricultural society with relatively little manufacturing compared to the North, it would be on the paying end of all of this political plunder.

All of this is why historian Richard Bensel correctly pointed out in his book, Yankee Leviathan, that a protectionist tariff was the “keystone” of the Republican party platform of 1861 (a platform that also pledged not to disturb Southern slavery, which it called “the domestic institutions of the states”).  It is also why the Republican party chose Abraham Lincoln as its presidential nominee.

The story of how Lincoln, a career-long protectionist, secured the Republican nomination and snatched it away from far more famous and experienced politicians such as William Seward of New York, is told in a July 1944 article in the American Historical Review by historian Reinhard H. Luthin.  The article is entitled “Lincoln and the Tariff.”

Luthin writes of how Lincoln proudly boasted that he had made more speeches promoting protectionism or legal plunder than on any other subject.  He stumped for Whig party protectionist candidates for decades, and established himself as the most rabid mercantilist in American politics, the political son of Alexander Hamilton.  As the general counsel of the Illinois Central Railroad who had represented all the major railroad corporations in the Mid-West, he was a card-carrying member of the Northern corporate elite who traveled on the legal circuit in a private train car courtesy of the Illinois Central, accompanied by an entourage of Illinois Central executives (See John Starr, Lincoln and the Railroads).  As such, the Illinois plutocracy sponsored and financed his candidacy.  A key part of their strategy was to use Lincoln’s protectionist credentials to win over the steel-manufacturing state of Pennsylvania which had the second-largest number of electoral votes at the time. Joseph Medill, the influential editor of the Chicago Press and Tribune, sold the Lincoln candidacy to the Pennsylvania Republican party by pointing out what a slick politician he was, “an old [Henry] Clay Whig, right on the tariff and . . . exactly right on all other issues.” 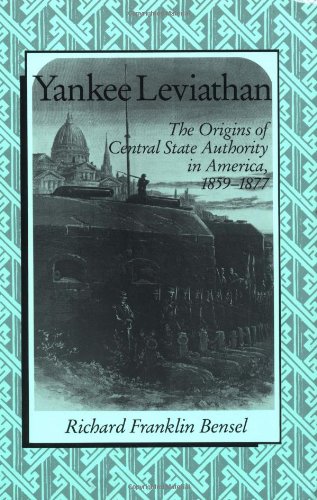 Being a slick, conniving, manipulating master politician, Lincoln understood that there was a downside to being such an outspoken proponent of legal plunder.  The plundered might not like it and were not likely to vote for him.  Consequently, to sell himself to the Pennsylvania Republicans, led by such odious characters as Thaddeus Stevens, he sought to convey his hyper-protectionist views to them privately.  He sent his friend, Judge David Davis, to speak to Pennsylvania Republicans with original copies of eleven of his protectionist speeches.  Another personal envoy, one William Reynolds, was sent to Stevens alone.

Pennsylvania political hack Simon Cameron understood Lincoln’ s dilemma of how to plunder the general population without the population discovering the plot to plunder it beforehand.  So he instructed Judge Davis that “Nothing about these speeches must get into the newspapers.”  Lincoln’s strategy succeeded.  Luthin wrote of how the Pennsylvania and [equally protectionist] New Jersey delegations “were terrific in their applause over the tariff resolution, and their hilarity was contagious, finally pervading the whole vast auditorium.”  One eyewitness called it “frantic jubilation.”

Our conquering hero returned to his hometown of Springfield, Illinois to a political rally featuring an “immense wagon” with a gigantic sign proclaiming the main campaign theme of “Protection for Home Industry!”  This was also the slogan at the bottom of the official 1860 Republican party presidential campaign posters featuring Lincoln and Hannibal Hamlin.

The Republican party succeeded in more than doubling the average tariff rate on imports with the Morrill Tariff, passed by the House of Representatives during the 1859-1860 session, long before Southern secession, and finally the senate.  It was signed into law by President James Buchanan of Pennsylvania two days before Lincoln’s inauguration, having been steered through the Congress by Justin Morrill, a steel manufacturer from Vermont; steel manufacturer Thaddeus Stevens, Senator John Sherman of Ohio (the famous general’s brother), Simon Cameron, and wealthy Rhode Island textile mill owner James F. Simmons.  Lincoln would sign ten more tariff-increasing bills in the next four years, increasing the average tariff rate from its pre-war level of 15% to 50-60%.  It would remain in that range, for the most part, until the adoption of the federal income tax in 1913.

On his inauguration day Lincoln understood that he owed everything politically to the protectionists in the Republican party who got him elected.  That is why, in his first inaugural address, which I think of as his “slavery forever speech,” he made an ironclad defense of Southern slavery, even supporting the Corwin Amendment to the Constitution that would have prohibited the federal government from ever interfering with Southern slavery.  But on the issue of the tariff he was uncompromising and threatening.  It was his “duty” to collect the newly-doubled tariff tax (which accounted for at least 90 percent of federal tax revenue at the time), but “beyond that,” he said, “there will be no invasion” or “bloodshed.”  Thus, he literally threatened “invasion” and “bloodshed” in any state that refused to allow its citizens to be plundered by the Northern plutocracy’s protectionist tariff.  His first act of war was a naval blockade of the Southern ports, citing only one reason for it:  tariff collection.

For at least the previous year, before any Southern state seceded, Republican party newspapers in the North had been calling for the bombardment of Southern ports with the understanding that a protectionist 50% tariff in Northern ports, and a modest 10% (or 0%) tariff in Southern ports would be very bad for Northern business interests.  The trade of the world would flee New York,

Boston, Providence, and Newport harbors, the longtime hubs of the transatlantic slave trade where slaves were used to build the slave ships, and go to Charleston, New Orleans, and other Southern ports.  Lincoln complied with their wishes, committing the biggest political miscalculation in American history, thinking that his war would last only a few weeks or months, after which he would sit on his throne as the plunderer-in-chief, an American King George III. 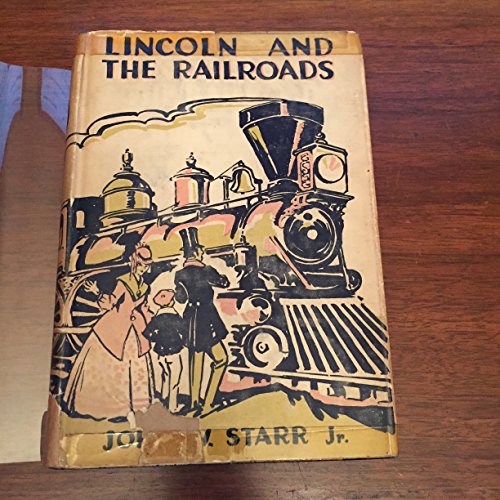