As Powell backs Dems, warmongers seek to regain full control of US policy, regardless of what voters want

The neoconservatives have a new party. It’s called Democratic, and it’s every bit as warmongering and interventionist as the Republicans were during the Reagan era or that of the Bushes.

We keep hearing how radical leftists have taken over the Democratic Party, but guess who stole the limelight at Tuesday’s Democratic National Convention: the disgraced former Secretary of State Colin Powell who endorsed their presidential candidate, Joe Biden.

In fact, Powell, who helped George W. Bush’s administration lie America into the ruinous Iraq War, was given a full extra minute to speak when compared to Congresswoman Alexandria Ocasio-Cortez, the face of the woke left.

He didn’t disappoint. Although Powell, 83, might be a bit rustier than when he laid out the false US case on Iraqi weapons of mass destruction to the UN in 2003, he deftly leaned on old stand-bys of patriotic values and love for the troops. “Joe Biden will be a president we will all be proud to salute,” Powell said. “With Joe Biden in the White House, you will never doubt that he will stand with our friends and stand up to our adversaries.” 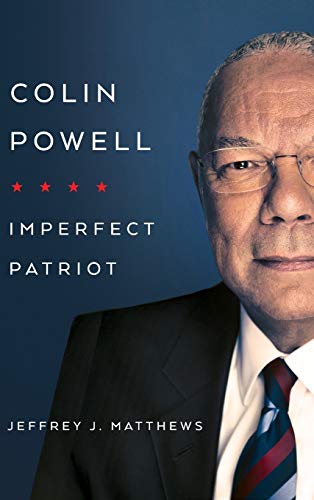 In other words, Biden will pledge undying fealty to NATO and make sure Russia knows who’s boss. Powell put a finer point on the theme: “I support Joe Biden because on Day One, he will restore America’s leadership and our moral authority. He’ll be a president who knows America is strongest when, as he has said, ‘We lead both by the power of our example and the example of our power.’ He will restore America’s leadership in the world and restore the alliances we need to address the dangers that threaten our nation, from climate change to nuclear proliferation.”

It was such a rousing pep talk that we might have expected the Democrats to bring out surprise guest George W. Bush to talk about Iraq obtaining yellowcake uranium from Niger and remind us that, “we cannot wait for the final proof, the smoking gun, that could come in the form of a mushroom cloud.”

Although Bush might have been a bridge too far, other Republicans joined Powell in speaking at this week’s Democrat convention, including former Congresswoman Susan Molinari, former New Jersey Governor Christine Todd Whitman, former California gubernatorial candidate Meg Whitman and former Ohio Governor John Kasich. The latter said in 2016, while running against President Donald Trump in the Republican primaries, that he would deploy large numbers of US ground troops in Syria, Iraq and Libya. “It’s got to be shock and awe in the military-speak,” Kasich said, borrowing a Donald Rumsfeld line.

If that weren’t enough, Senator John McCain’s widow, Cindy McCain, narrated a video paying homage to Biden’s great friendship with her late husband. That the two senators would get along so well shouldn’t come as a surprise. McCain never met a war or secret foreign intervention he didn’t like. Biden supported the Iraq War and the Obama-Biden administration’s bombings of Syria, Libya, Pakistan, Yemen and Somalia, as well as continuing the wars in Iraq and Afghanistan. He praised the regime change in Libya that led to the disastrous migrant crisis and opened up a weapons pipeline for Al-CIAeda forces in Syria.

Of course, the Dems have a leading neocon of their own, Hillary Clinton, as a headline convention speaker. It doesn’t matter which party is in power or what the American people want. As former President Dwight D. Eisenhower warned in his farewell address in 1961, “we must guard against the acquisition of unwarranted influence, whether sought or unsought, by the military industrial complex. The potential for the disastrous rise of misplaced power exists and will persist.”

The permanent bureaucracy in Washington and the interests it serves couldn’t tolerate that last point. For candidate Trump to say things like “wouldn’t it be a great thing if we could get along with Russia” was heresy to the War State. When Trump won, upsetting establishment candidate Clinton, the Russia hoax was used to contain him.

Trump caved into the pressure against being seen as too friendly with President Vladimir Putin and took a belligerent stance against Moscow, undermining his foreign policy agenda. Just about the only time he received substantial praise from the mainstream media was when he bombed Syria in 2017 on false pretenses. NBC anchor Brian Williams even called the missiles raining down on Syria “beautiful.” 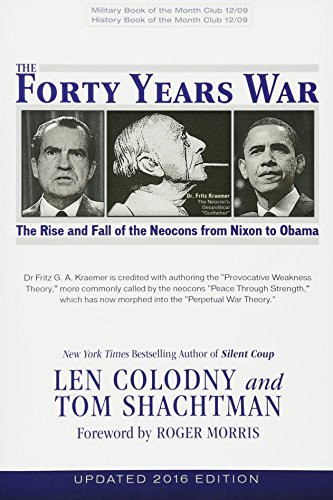 Democracy again took a back seat in the final US Senate report on alleged Russian interference in the 2016 election, released Tuesday. Among the supposedly damning findings was that while Trump was preparing to take office after his 2016 election victory, Russia exploited his transition team’s inexperience and opposition to President Barack Obama’s policies to “pursue unofficial channels.”

It was kind of the same theory as when the FBI entrapped former National Security Adviser Michael Flynn for the non-crime of talking to the Russians during the transition. Flynn urged Russian Ambassador Sergey Kislyak not to overreact to Obama’s sanctions against Russia and suggested that Trump’s policies would be different. He also dared to call Putin “smart.”

Would it be more in the interest of Americans for Russia to overreact? Would it be better that the world’s top two nuclear powers not be talking with each other, through officials and unofficial channels? As long as we’re worried about mushroom clouds, who gains from the US and Russia being on bad terms?

Flynn was simply doing his job as incoming national security adviser. And he was laying the groundwork for the foreign policy agenda on which Trump had campaigned. This wasn’t Obama whispering to Dmitry Medvedev to tell Putin, “This is my last election… After my election, I have more flexibility.”

Trump told voters he wanted to be at peace with Russia and work together on common interests, and voters said, yes. The Colin Powells of the world want to make sure they never have that kind of real choice again.

By Tony Cox, a US journalist who has written or edited for Bloomberg and several major daily newspapers.