Barack Obama’s speech at the DNC’s misbegotten cyber-convention worked only for those Americans, including most in the media, who paid no serious attention to the eight years of Obama’s presidency.  As I document in my book Unmasking Obama, I and scores of other journalists, many of them unsalaried, did pay attention.  What follows are some of the riffs that I, and likely they, found most entertaining.

Obama began by telling us the Constitution “wasn’t a perfect document,” implying that he would have done better had he been there.  Its redeeming quality was that it established “a system of representative government — a democracy — through which we could better realize our highest ideals.”

As late as March 2011, Obama seemed to believe this, saying, “With respect to the notion that I can just suspend deportations through executive order, that’s just not the case, because there are laws on the books that Congress has passed.” 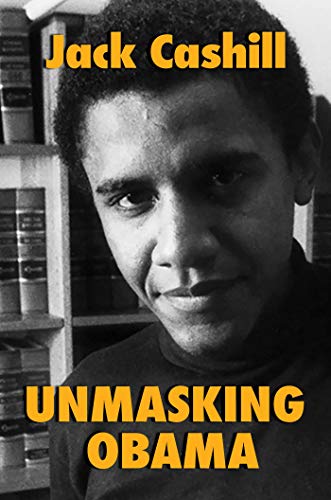 In 2012, with re-election looming, Obama unilaterally decided he could suspend deportations through executive orders.  He gave out a million or so work authorizations while he was at it, arguing that he personally could make laws that were “more fair, more efficient, and more just” than Congress.  Curiously, that is almost exactly what Stalin told the Politburo when he forcibly collectivized Ukrainian farms.

Said Obama at the DNC: “Donald Trump hasn’t grown into the job because he can’t.  And the consequences of that failure are severe.  One hundred seventy thousand Americans dead.  Millions of jobs gone while those at the top take in more than ever.”

To blame Trump for the COVID dead is disgraceful, pure demagoguery.  Trump resisted the urge to nationalize the response and allowed each state to respond to local conditions.  As a result, perhaps a third of American deaths occurred in just three of our bluest states — New York, New Jersey, and Massachusetts.  A much higher percentage of people died of COVID in the U.K.  Was Trump responsible for those?  As to “those at the top” who profited — people like Mark Zuckerberg and Jeff Bezos — they are almost all Obama-supporters.

“For eight years,” said Obama, “Joe [Biden] was the last one in the room whenever I faced a big decision.”  Biden was certainly in the room on January 5, 2017.  So were Comey, Brennan, Rice, Clapper, and Sally Yates.  The “big decision” here was how best to tie Trump to Russia and subvert his presidency, “by the book,” of course.

In speaking of the Biden-Harris ticket, Obama told the DNC, “They’ll expand health care to more Americans, like Joe and I did ten years ago when he helped craft the Affordable Care Act and nail down the votes to make it the law.”

The DNC might have invited Obamacare architect Jonathan Gruber to explain how those votes were really nailed down.  Said Gruber when he thought no one was looking, “This bill was written in a tortured way to make sure CBO did not score the mandate as taxes.  If CBO scored the mandate as taxes, the bill dies.”

“Lack of transparency is a huge political advantage,” Gruber continued.  “And basically, call it the stupidity of the American voter or whatever, but basically that was really, really critical for the thing to pass.”

How To Invoke a Face Mask Exemption at the Veterinarian & How To Make Sense of all Face Mask OrdersIf You Are Reading This, You Might Be a Conspiracy Theorist