I have written previously about the very real dangers of what is called “cancel culture.” Indeed, what we have—what we see and experience today in the United States is a massive attempt, increasingly successful, to not just inhibit the rights of more conservative and right-leaning citizens from expressing their views, but to “doxx” them, get them fired from their jobs, publicly shame them, instill in them fear to effectively shut them up completely. This is happening not only on our college and university campuses, controlled almost in their entirety by totalitarian leftists who talk excessively about “our democracy” while doing their damnedest to suppress it, but also generally in society. (Again, I ask—demand—to know why our conservative legislators continue to throw millions in taxpayer money at these bloated, overpaid excuses for Marxist indoctrination camps?)

The increasing instances of suppression are to say the least deeply deleterious to whatever future this American republic might have. When you have as many as one third, maybe one half, of the persons in these United States now whipped up fanatically into a vicious ideological frenzy, with a desire to ban and repress and punish their fellow Americans—when you have local and state governments seemingly paralyzed by, if not supportive of the anarchic chaos in dozens of American cities—when you have a news media in its near totality abetting this process and purposely shaping (and suppressing) the news to reflect an extreme revolutionary agenda—when most of the Internet and tech industry monopoly zealously undergird this process and censor opposing voices, then can the real fate of “our democracy” be secure? Are not the extremists, with their unbridled—and learned in school—hatred, actually engaged in a form of projection when they talk about equality, democracy, racism and bigotry: guilty of the very same things they accuse others of? 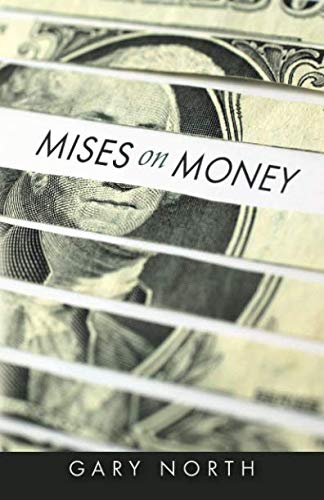 All this was recently brought home locally in Wake Forest, North Carolina. Wake Forest, once a small college town and still the seat of Southeastern Baptist Seminary, from its tradition as a desirable small town about fifteen miles north of Raleigh to its present condition as a “bedroom” community of nearly 45,000, is host to a large branch of the North Carolina Sons of Confederate Veterans (SCV), the 47th Regiment NC Troops, Camp 166. The local SCV has been very active there, civically and publicly-mindedly, for nearly thirty years participating in everything from the local Christmas parade to support for Adopt-a-Highway and Tri-Area Ministries programs.

Then came last week like a bolt of lightning out of the blue, one more insane effect of cancel culture, an example of the lunacy, the real ideological sickness that seems to possess so many of our fellow citizens. For twenty-eight years the 47th Regiment NC Troops Camp has been meeting at The Forks Cafeteria & Catering in downtown Wake Forest, in one of the Forks’ private conference/dining rooms, without any adverse incidents at all. Indeed, a state divisional SCV meeting was held there a few years ago (again, with no problems at all). But this past week David Greenwell, the owner of The Forks, notified the SCV that it could no longer meet there because the organization represented “hate and racism,” even though he could not cite even one example where such “hate and racism” were on display. Indeed, he admitted: “I have never had any problem with the group at all. They were always nice and friendly.”

This in microcosm is where we are in society today—this is what has happened and is happening to our culture. While too many of our folks, regular citizens who work and raise families, sit by and indifferently watch, our traditions, our heritage, our beliefs and values, the very symbols we honor are uprooted, spat upon, defiled…and we are told to shut up or else, or else face the bitter effects of cancel culture.

But this cannot continue without end. Either we stand up and oppose this destructive and devastating frenzy, or we will simply disappear into the bowels of history, perhaps to be cursed by our grand-children to whom we leave the barren desert of the Gulag.