What Jeb Bush Should Have Said

Here is how Hess introduced Bush:

Gov. Jeb Bush has been a leader on efforts to improve schooling for more than two decades. He has mentored a generation of governors, carried the banner for reforms including school choice and accountaility, and launched ExcelinEd, a hugely influential voice in the world of K-12 schooling. During his tenure in office and in the many years since, Gov. Bush has wrestled with the practical challenges of how elected leaders can help make schools work for kids. I reached out to see how he is thinking about coronavirus and education.

I have read the interview so you don’t have to. 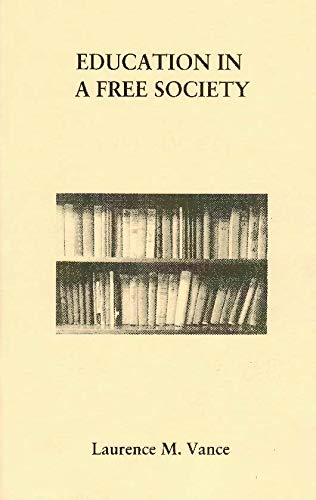 I want to focus on the fourth question that Hess asked Bush and Bush’s response:

Rick: As a former governor, what else do you think Washington and the Department of Education should be doing right now?

Bush: We are a bottom-up country, and that’s one of our greatest and most enduring strengths. We’re 50 unique and individual states, growing and thriving in different ways. The states are “incubators of democracy,” because that’s where great ideas are developed and tried—and where citizens have a strong voice in shaping their future.

To be candid, Washington’s role is to support innovation. Let the states and communities lead and determine what is best for their families. Governors and state legislatures can, and often do, act quickly to solve problems. I encourage them to jump in with bold ideas that can get their education systems moving forward, even better than before.

Wrong, Jeb, so wrong. Washington’s role is not to support innovation. Washington’s role is to do absolutely nothing. No Pell Grants, no student loans, no school breakfast and lunch programs, no Head Start funding, no educational vouchers, no research grants to colleges, no Higher Education Act, no Elementary and Secondary Education Act, no bilingual-education mandates, no math and science initiatives, no Title IX mandates, no school accreditation, no anti-discrimination policies, no standardized-testing requirements, no Common Core standards, no Race to the Top funds, no No No Child Left Behind Act, no desegregation orders, no special-education mandates, no oversight, no Department of Education, and not one dime of the taxpayers’ money spent on education.

Every state has provisions in its constitution for the operation of K-12 schools, colleges, and universities. The federal government has been given no such authority by its Constitution. If there are to be any public schools; that is, government schools, they should be limited to state-government schools, fully supported and supervised by state governments.

Jeb Bush should have recommended my two new books on education.

Education in a Free Society is a collection of essays written over the past ten years for the Future of Freedom Foundation and LewRockwell.com. Throughout these essays, there are ten things relating to education that resonate:

School Choice for Whom? is a collection of essays written over the past 15 years for the Future of Freedom Foundation and LewRockwell.com. Throughout these essays, there are seven things relating to educational vouchers and school choice that resonate:

Republicans used to talk about abolishing the federal Department of Education. Now they just want to reform it. Jeb Bush is clueless.