Striking Decline of Premature Births and SIDS During COVID

While the global lockdowns for the COVID-19 pandemic have had far-reaching ramifications, not all side effects have been bad. Two interesting changes noted by doctors around the world are a dramatic reduction in premature births1,2,3,4,5 and sudden infant death syndrome (SIDS). As explained by the Decan Herald:6

“About 1 in 10 US babies is born early. Pregnancy usually lasts about 40 weeks, and any delivery before 37 weeks is considered preterm. The costs to children and their families — financially, emotionally and in long-term health effects — can be great.

According to the Centers for Disease Control and Prevention, babies born premature, especially before 32 weeks, are at higher risk of vision and hearing problems, cerebral palsy and death. The best way to avoid these costs would be to prevent early births in the first place.” 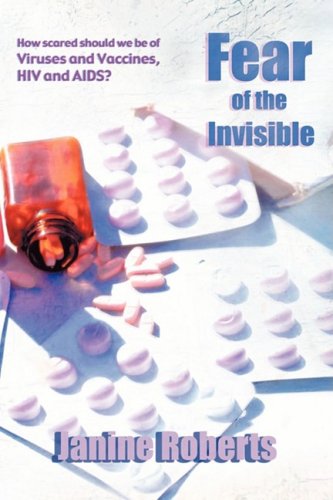 Curiously, during March and April this year, while most of the world enforced more or less strict stay-at-home orders, premature births plummeted by 90% in Denmark7 and 73% in Ireland,8 and nearly halved in Canada.9

Dr. Roy Philip, a neonatologist at University Maternity Hospital Limerick in Ireland, told the Deccan Herald10 he’s “never seen anything like these numbers” in his two-decade career.

Unusual reductions have also been reported in other countries, including Australia, the Netherlands and the U.S. The Vanderbilt Children’s Hospital in Nashville, Tennessee, for example, had about 20% fewer preemies than is typical for March.11 As noted in the Irish study, posted on the preprint server medRxiv June 5, 2020:12

“An unprecedented reduction in [preterm birth] PTB of [very low birth weight] infants was observed in one health region of Ireland during the COVID-19 lockdown. Potential determinants of this unique temporal trend reside in the summative socio-environmental impact of the COVID-19 dictated lockdown.

Our findings, if mirrored in other regions that have adopted similar measures to combat the pandemic, demonstrate the potential to evaluate these implicated interdependent behavioral and socio-environmental modifiers to positively influence PTB rates globally.”

Why Have Premature Births Dropped?

It’s still not known why the premature birth rate has dropped so dramatically. Doctors discussing the issue on social media13 with their associates have brought up the possibility that it might be because pregnant women have had more rest and less work stress.

While one can hardly say the pandemic has brought a general reduction in stress — quite the opposite — pregnant women may still have felt greater than normal support from family members.

Perhaps they got greater amounts of sleep. Staying at home may also have protected them against infections in general, which can increase your risk of pregnancy complications. Other possibilities include a significant reduction in air pollution.

Could It Be Related to Fewer Maternal Vaccinations?

One factor that has not been openly addressed is the reduction in maternal vaccinations. While I’ve not been able to locate any statistics on maternal vaccination rates before and during the pandemic, it seems reasonable to assume that many may not have gotten otherwise routine vaccinations for the simple fact that non-emergency medical appointments were, in many areas, during certain timeframes, canceled. 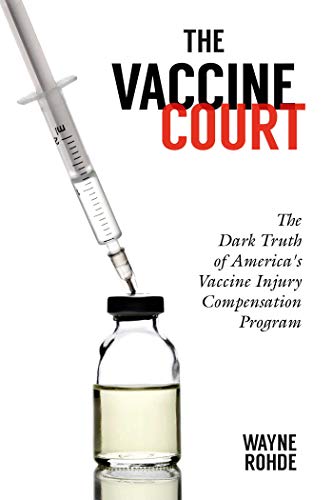 Health officials have also expressed worry about dropping childhood vaccination rates during the pandemic,14 so it’s likely (but not confirmed) that maternal vaccination rates have declined as well. In California, for example, childhood immunization rates plunged by 40% in the weeks after the first lockdown orders went into effect.15

While the scientific evidence is far from conclusive, some studies suggest maternal vaccinations might raise the risk of preterm birth. One such study,16 published in the journal Pharmacy World & Science in 2007, found it raised the risk by anywhere from 4% to 25%, or 14% on average. According to this paper:17

“Data mining had indicated that maternal vaccination (among other factors) might be related to preterm birth. The following regression analysis showed that, the women who reported being vaccinated shortly before or during gestation had a slightly higher risk of giving preterm birth (O.R. = 1.14; 95% CI 1.04–1.25) as compared to the non-vaccinated group.

Whether the association between maternal vaccination and the risk for preterm birth found here is causal or not deserves further studies. Data mining, especially with additional refinements, may be a valuable and very efficient tool to screen large databases for relevant information which can be used in clinical and public health research.”

Another study, published in 2016, pointed out the difficulty in assessing the available data:18

An article19 in Koren Wellness also highlights another curious trend. According to a Health Choice white paper20,21 by Amy Becker and Mark Blaxill published June 18, 2020, the death rate among children in the U.S. has mysteriously dropped during the lockdowns, from an 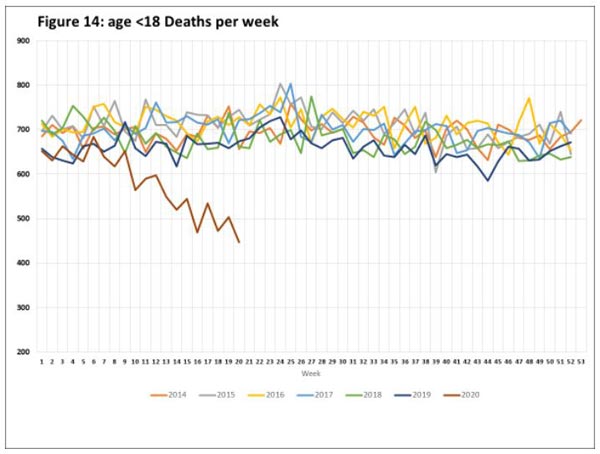 While Becker and Blaxill22 admit there is still “no specific data on the SIDS trend during the pandemic,” the data does show that this drop is related to a dramatic reduction in infant death specifically, not older children or teens. Koren Wellness brings up the possibility that reduced vaccination rates may have played a role by reducing the number of infants dying from SIDS:23

“Sudden Infant Death Syndrome (SIDS) or crib death (cot death in the U.K. and Australia) is the sudden, unexplained death of an infant under 1 year old. It is the leading cause of death for babies between 1 and 12 months old, according to the National Institute of Child Health and Human Development.

Perhaps the best evidence of the infant death and vaccination linkage occurred in Japan. In Japan, between 1970 and 1974, 37 infants died after DPT vaccinations. Alarmed MDs in one prefecture boycotted the vaccine. The boycott spread to the entire country. The Japanese government decreed that the minimum age for vaccination was to be changed from the American vaccination schedule (2, 4, 6 and 12 months) to 2 years.” 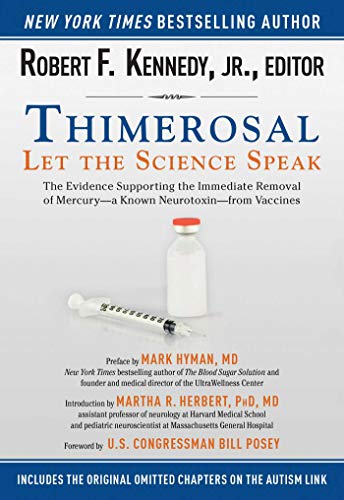 Remarkably, after banning vaccinations for babies under the age of 2 in Japan, SIDS virtually disappeared.24,25 In the years that followed, Japan became known for having the lowest infant death rate in the world. In contrast, the U.S. has the highest infant mortality rate — and the highest vaccination rate as well. If infant vaccinations improve health and save lives, why do our statistics not support such claims?

Are fewer children dying because their parents are skipping their routine childhood vaccines? If lives are being saved during the pandemic, this is a question that urgently needs answering.

As noted in a 2011 study looking at the possibility that vaccines might be causing biochemical or synergistic toxicity resulting in higher mortality:26

Thus, we must ask important questions: is it possible that some nations are requiring too many vaccines for their infants and the additional vaccines are a toxic burden on their health? Are some deaths that are listed within the 130 infant mortality death categories really deaths that are associated with over-vaccination? Are some vaccine-related deaths hidden within the death tables?

Prior to contemporary vaccination programs, ‘Crib death’ was so infrequent that it was not mentioned in infant mortality statistics. In the United States, national immunization campaigns were initiated in the 1960s …

There is some evidence that a subset of infants may be more susceptible to SIDS shortly after being vaccinated. For example, Torch found that two-thirds of babies who had died from SIDS had been vaccinated against DPT … prior to death. Of these, 6.5% died within 12 hours of vaccination; 13% within 24 hours; 26% within 3 days; and 37%, 61%, and 70% within 1, 2, and 3 weeks, respectively …

When nations were grouped into five different vaccine dose ranges (12–14, 15–17, 18–20, 21–23, and 24–26), 98.3% of the total variance in IMR was explained by the unweighted linear regression model. These findings demonstrate a counter-intuitive relationship: nations that require more vaccine doses tend to have higher infant mortality rates.”

“Vaccination is undoubtedly the single biggest and most preventable cause of cot-death … The timing of 80% of the cot [crib] deaths occurring between the second and sixth months is due to the cumulative effect of infections, timing of immunizations and some inherent specifics in the baby’s early development.“

In their white paper, Becker and Blaxill also note that:28

“One very clear change that has received publicity is that public health officials are bemoaning the sharp decline in infant vaccinations as parents are not taking their infants into pediatric offices for their regular well-baby checks.

In the May 15 issue of the CDC Morbidity and Mortality Weekly Report (MMWR), a group of authors from the CDC and Kaiser Permanente reported a sharp decline in provider orders for vaccines as well as a decline in pediatric vaccine doses administered. These declines began in early march, around the time infant deaths began declining …

Are fewer children dying because their parents are skipping their routine childhood vaccines? If lives are being saved during the pandemic, this is a question that urgently needs answering.”

The lowered infant mortality rate reported in the Health Choice white paper is also addressed in a June 16, 2020, commentary in The BMJ. Responding to the authors of a paper titled “Fewer American Infants Are Dying During the COVID-19 Lockdown. Why?” retired pediatrician Allan S. Cunningham writes:29

During the 11-week period following the emergency declaration (through May 30) there were 1465 fewer deaths in US children compared to 2019 (5923 vs 7388).30 The difference is statistically highly significant …

Becker and Blaxill emphasized that the most pronounced mortality decline occurred in infants <1 year. This is confirmed by reviewing the most recent data.31 There was a substantial and highly significant decline from 2020 weeks 5 through 11 to weeks 12 through 22 (367 to 309 infant deaths per week) …

The suggestion that vaccinations could be one factor in the causation of SIDS is not new … until properly controlled trials are done we will be unable to confirm or exclude a causal role for vaccines.”

It’ll be interesting to see what conclusions can be drawn later on once we have more data and statistics, but if infant vaccinations have a detrimental effect and increase the risk of death, the dramatic drop in SIDS and premature birth during the pandemic would be quite instructive.

Aside from carefully considering the potential negative impacts of routine vaccinations, another simple strategy that can have a major impact is the mother’s vitamin D level during pregnancy.

I firmly believe optimizing your vitamin D during pregnancy is one of the most important things you can do for the health of your child. When a child is born deficient in vitamin D, his or her health can be significantly affected.

Research32 by GrassrootsHealth has shown pregnant women need a vitamin D blood level of at least 40 ng/mL (100 nmol/L) to optimize benefits. Having a level of 40 ng/mL during pregnancy has been shown to lower the risk of preterm birth by 59%, compared to having a level of 20 ng/mL.33 Other research34 have shown most women can reach a level of 32 ng/mL (80 nmol/L) when taking 4,000 IU’s (six times the RDA of 600 IU) of vitamin D per day.

So please, if you’re pregnant, make sure to get your 25 hydroxy D levels checked. Testing is important to see what your level is so you can adjust your dosage to fit your body’s requirements.

As discussed in several recent articles, vitamin D may also be crucial for lowering your risk of COVID-19. You can find more information about this, and how to most effectively raise your level if deficient, in “The Most Important Paper Dr. Mercola Has Ever Written.”

Previous article by Joseph Mercola: Gates Tries To Justify The Side Effects of a Fast-Tracked Vaccine