The CIA Versus the Kennedys

Former Congressman Ron Paul and his colleague Dan McAdams recently conducted a fascinating interview with Robert F. Kennedy Jr., which focused in part on the assassination of President John F. Kennedy, who was Kennedy Jr.’s uncle. The interview took place on their program the Ron Paul Liberty Report.

Owing to the many federal records that have been released over the years relating to the Kennedy assassination, especially through the efforts of the Assassination Records Review Board in the 1990s, many Americans are now aware of the war that was being waged between President Kennedy and the CIA throughout his presidency. The details of this war are set forth in FFF’s book  JFK’s War with the National Security Establishment: Why Kennedy Was Assassinated by Douglas Horne.

In the interview, Robert Kennedy Jr. revealed a fascinating aspect of this war with which I was unfamiliar. He stated that the deep animosity that the CIA had for the Kennedy family actually stretched back to something the family patriarch, Joseph P. Kennedy, did in the 1950s that incurred the wrath of Allen Dulles, the head of the CIA.

Kennedy Jr. stated that his grandfather, Joseph P. Kennedy, had served on a commission that was charged with examining and analyzing CIA covert activities, or “dirty tricks” as Kennedy Jr. put them. As part of that commission, Kennedy Jr stated, Joseph Kennedy (John Kennedy and Bobby Kennedy’s father) had determined that the CIA had done bad things with its regime-change operations that were destroying democracies, such as in Iran and Guatemala.

Consequently, Joseph Kennedy recommended that the CIA’s power to engage in covert activities be terminated and that the CIA be strictly limited to collecting intelligence and empowered to do nothing else.

I wasn’t aware of that fact. I assumed that the war between President Kennedy and the CIA had begun with the CIA’s invasion at the Bay of Pigs in Cuba. The additional information added by Kennedy Jr. places things in a much more fascinating and revealing context.

Upon doing a bit of research on the Internet, I found that the commission that Kennedy Jr. must have been referring to was the President’s Board of Consultants on Foreign Intelligence Activities, which President Eisenhower had established in 1956 through Executive Order 10656. Eisenhower appointed Joseph Kennedy to serve on that commission. 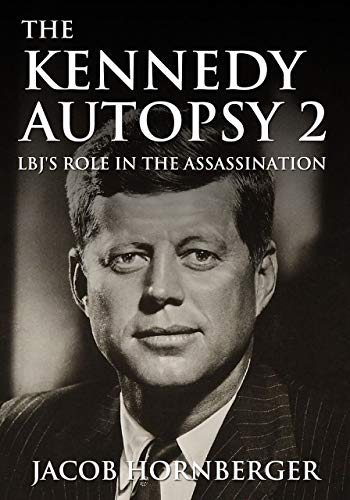 Keep in mind that the ostensible reason that the CIA engaged in these regime-change operations was to protect “national security,” which over time has become the most important term in the American political lexicon. Although no one has ever come up with an objective definition for the term, the CIA’s power to address threats to “national security,” including through coups and assassinations, became omnipotent.

It is not difficult to imagine how livid CIA Director Dulles and his cohorts must have been at Kennedy. No bureaucrat likes to have his power limited. More important, for Dulles and his cohorts, it would have been clear that if Kennedy got his way, “national security” would be gravely threatened given the Cold War that the United States was engaged in with the Soviet Union, China, Cuba, North Korea, and other communist nations.

Now consider what happened with the Bay of Pigs. The CIA’s plan for a regime-change invasion of Cuba, was conceived under President Eisenhower. Believing that Vice President Nixon would be elected president in 1960, the CIA was quite surprised that Kennedy was elected instead. To ensure that the invasion would go forth anyway, the CIA assured Kennedy that the invasion would succeed without U.S. air support. It was a lie. The CIA assumed that once the invasion was going to go down in defeat at the hands of the communists, Kennedy would have to provide the air support in order to “save face.”

Now consider what happened after the Bay of Pigs: Knowing that the CIA had played him and double-crossed him, John Kennedy fired Allen Dulles as CIA director, along with his chief deputy, Charles Cabell. He then put his younger brother Bobby Kennedy in charge of monitoring the CIA, which infuriated the CIA.

Now jump ahead to the Cuban Missile Crisis, which Kennedy resolved by promising that the United States would not invade Cuba for a regime-change operation. That necessarily would leave a permanent communist regime in Cuba, something that the CIA steadfastly maintained was a grave threat to “national security”— a much bigger threat, in fact, than the threats supposedly posed by the regimes in Iran in 1953 and Guatemala in 1954.

And then Kennedy did the unforgivable, at least insofar as the CIA was concerned. In his famous Peace Speech at American University in June 1963, he declared an end to the entire Cold War and announced that the United States was going to establish friendly and peaceful relations with the communist world.

Kennedy had thrown the gauntlet down in front of the CIA. It was either going to be his way or the CIA’s way. There was no room for compromise, and both sides knew it.

In the minds of former CIA Director Allen Dulles and the people still at the CIA, what Kennedy was doing was anathema and, even worse, the gravest threat to “national security” the United States had ever faced, a much bigger threat than even that posed by the democratic regimes in Iran and Guatemala. At that point, the CIA’s animosity toward President Kennedy far exceeded the animosity it had borne toward his father, Joseph P. Kennedy, several years before.

If You Are Reading This, You Might Be a Conspiracy Theorist The View From Up the Holler