Will Trump Have Cities Named For Him & Monuments Built For Him?

While I don’t seek to bring about the deification of Donald Trump, or any other government official, I do seek to encourage calm minds and historical context when talking about the world.

In the triggered, emotion-heavy moment we live in, manipulation of mass opinion against Trump is a popular hobby among journalists, intellectuals, and a double-digit percentage of the population.

The Lincoln Memorial, desecrated repeatedly the past months, was not dedicated until 1922, 57 years after the 1865 death of President Abraham Lincoln, who in his lifetime, was one of the most hated American presidents.

You can hardly get any worse than Lincoln. When Trump was elected, a handful of celebrities threatened to leave the country. Few actually followed through on that threat. When Lincoln was elected, entire states left the country. More followed. By the end of Lincoln’s first year, 13 states and one territory had left the country. It grew so divisive that some of those states had their own internal disputes over what state government was that state’s authority.

You really can’t get worse than Lincoln.

While some American celebrities critical of Trump threatened to leave for Canada, Lincoln took that a step further. He deported one of his Ohio critics. This expulsion from Ohio was not voluntary: the military rounded up the northern anti-war congressman Clement Vallandigham and sent him across the Confederate lines. Eventually he fled to Canada, running for governor of Ohio in absentia. History shows that this man was likely the most sensible one of the whole lot in Congress. I’ve yet to find a supersized statue built of him in DC.

Far from being a civil war — where one side fights another side for control of the federal apparatus — the War Between the States was a war of secession, where one side says “I want a divorce,” and the other side attempts to pummel them until they stop talking that way and start smiling again. Lincoln, and others in the party he helped to form, escalated the fight until things got ugly.

New York’s most deadly riots took place in July 1863, when people refused to go fight in Lincoln’s awful war. By the end of Lincoln’s first term, some 2% of Americans had died in a war that had been directly caused by his inability to get along with others. Though one in 50 is a large number by modern standards, this number barely indicates the amount of damage done to a largely agrarian country by having so many of its able-bodied men slaughtered in war. It was devastating to communities in the north and the south.

Nor did the death and destruction stop at lives lost on the battlefield. The Union attacks on civilians, their homes, and their property were done with a vengeance and a clear intent that would make it impossible to leave the disagreement on the battlefield at the end of the war.

The tyrant Lincoln was so hated that statues stand to this day in memory of the people who sacrificed life, liberty, and sacred honor by leaving well-paid, well-regarded positions in the United States and fighting on the side of their home state, in an effort to be left alone by the central planners of Washington, D.C. and the moneyed interests who backed them.

Schoolchildren tend to be fed with the most awful lies to lionize Lincoln and justify the awful war. Like any war, there were many reasons this one was fought, some noble. Letters from the time show Confederate soldiers calling it a fight over freedom, a second American Revolution from a power-hungry tyrant just like the one that took place in 1776. Thomas DiLorenzo’s The Real Lincoln offers numerous examples of such letters and is my favorite revisionist Lincoln text. 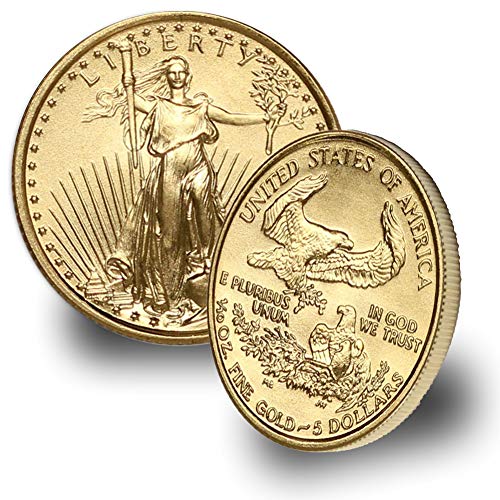 While Confederate soldiers were penning letters home like that, Abraham Lincoln was writing letters to his “pen-pal” Karl Marx, who had written for one of the New York papers that helped provoke the war between the states and gave Lincoln their backing. Though Lincoln was unlikely to have known much of Marx or his writing in the way the Washington Post fantasizes, their tyrannical ideas about humanity were all too similar. They could have made wonderful pen-pals.

It really is hard to be any worse of a president than Abraham Lincoln, yet he is honored in statues, street names, town names, school plays, and text books, often in the most propagandistic hagiography.

Donald Trump follows in a long line of presidents who exceed their constitutional authority. He is barely the worst.  He hasn’t started any wars, and he has slightly rolled back government in some areas, while unfortunately growing it mightily in other areas.

Lincoln is unquestionably the worst. After that is FDR. It is often the worst tyrants that the future seems happiest to deify.

I don’t know if Trump is going to turn out to have been an awful American president or a good one, but I know the more tyrannical he becomes, the more likely he is to be studied by the children of today’s protestors, rioters, journalists, and intellectuals as a great American president.

Those who oppose truthful inquiry and the freedom it propagates, tend to honor the tyrant and seek the convenient story. Those who yearn for truth, welcome the disquiet of an insightful question. In every age, people like that seek truth and prosper in the liberation that their search offers.

Far from being the spear tip of insightful questions, the prepackaged narrative of our day fits the current crop of government indoctrinated protestors well. Who knows what prepackaged “truth” will be served to children and grandchildren of those protestors decades from now and emotionally acted upon.

Only time will tell if Trump will have monuments built for him and cities named for him. Only time will tell who those are built by and named by. History tends to reward the tyrant and the warmonger for knowing how to “do something.” Free men tend to honor those who show a calm head and measured restraint in time of crisis. They, too, get cities named for them, and all civilization is a testament to the work of the calm heads and measured restraint of those who build.

Previous article by Allan Stevo: The Story They Want You to Believe: Why Didn’t More Americans Resist?