What the Supreme Court Got Right In Its Indian Tribe Ruling

The US Supreme Court on Thursday ruled that Jimcy McGirt was wrongfully convicted in an Oklahoma state court of three serious sexual offenses. McGirt had argued that his trial should have taken place in federal court because McGirt is a member of the Seminole Nation, and the crimes in question took place on Indian tribal lands, which are not subject to state law in certain cases.

The court agreed with McGirt and the court recognized these tribal lands as potentially constituting much of the eastern half of Oklahoma, including parts of Tulsa. The implications of the ruling are sizable, although not as sizable as the media is making them out to be.

The media is now filled with headlines like “Court Rules That About Half Of Oklahoma Is Native American Land” or “Court rules that large swath of Oklahoma belongs to Indian reservation.”

Headlines like these are likely to conjure up images of non-Indians being rounded up and kicked off reservation lands, homes expropriated, and worse. 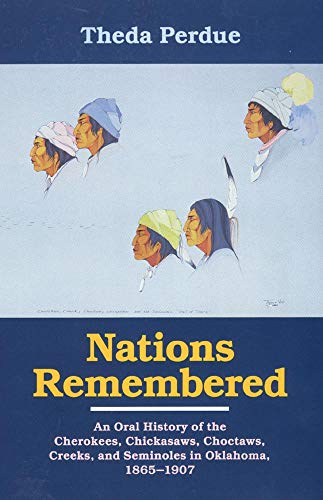 But Thursday’s ruling doesn’t even come close to handing over control of private property in eastern Oklahoma to a tribal council. In fact, the court’s ruling explicitly states up front that the decision is narrowly applied to matters of jurisdiction in criminal law.

The origins of the controversy addressed in  McGirt v. Oklahoma stem largely from the “Major Crimes Act,” (MCA) passed in 1885.

The MCA was designed to restrict Indian tribal sovereignty, and limited the jurisdiction of tribal councils over major crimes such as murder and rape, handing this jurisdiction over the federal government.  Congress passed the law in response to the US Supreme Court’s ruling in Ex parte Crow Dog (1883) which had defended tribal jurisdictions and stated federal legal authorities were not authorized to overrule tribal criminal justice proceedings on tribal lands.

The case involved the killing of Spotted Tail, a Lakota man, by another Lakota man named Crow Dog. In response to the killing, a tribal council ruled Crow Dog must pay restitution to the dead man’s family. But then federal authorities intervened, charged Crow Dog with murder, and sentenced him to death.

Crow Dog appealed to the Supreme Court, and the Court ruled the federal prosecution had in fact been illegal, and no treaty or federal law allowed for Indians to be tried according to “white man’s” law for crimes that take place on tribal lands. As Justice Matthews wrote at the time, to try tribal members in federal court means Indians will be judged “not by their peers, nor by the customs of their people, nor the law of their land, but by superiors of a different race.” 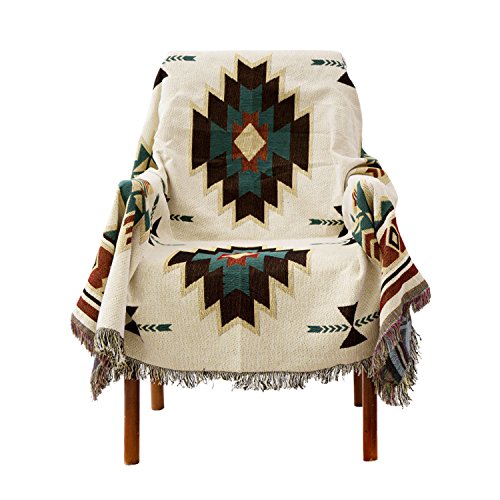 Opponents of tribal sovereignty demanded Congress intervene and make it clear that federal officials could in fact intervene to prosecute tribal members on tribal land — at least for certain serious crimes. Thus, the MCA was born.

This continues to be the situation on many Indian reservations today. Even when tribal members are involved, tribal police are only empowered to prosecute minor crimes, and federal authorities (usually the FBI) head up investigations against perpetrators of major crimes on tribal lands. Prosecutions take place in federal court.

Thursday’s court decision actually expands the jurisdiction of the MCA in Oklahoma, limiting state jurisdiction in the matter and stating, “For MCA purposes, land reserved for the Creek Nation since the 19th century remains ‘Indian country.'” That is, on various tribal lands throughout eastern Oklahoma, criminal prosecution of tribal members falls under the federal government, and are outside the jurisdiction of both tribal councils and the State of Oklahoma.

Why Tribes Are Celebrating the Decision

But if the Major Crimes Act was designed to limit tribal sovereignty, why have many tribal organizations lauded its extension?

There are at least three reasons for this.

One is that the court’s new decision clarifies that McGirt’s crimes took place on tribal land, which the court also concluded never ceased to be an Indian reservation, in spite of what the State of Oklahoma has claimed. Thus, in response to the court’s decision, the Creek Nation stated 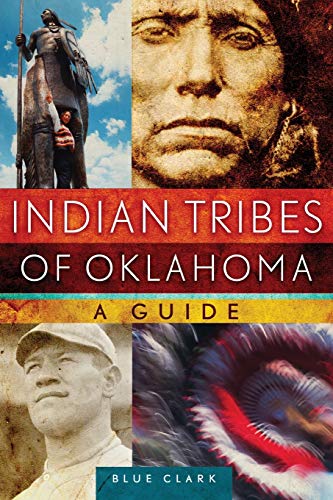 The Supreme Court today kept the United States’ sacred promise to the Muscogee (Creek) Nation of a protected reservation.

Second, the new ruling states that the State of Oklahoma does not have jurisdiction over tribal members in these areas in respect to the MCA. For some, this may be seen as a victory in itself, as conflicts between the tribes of eastern Oklahoma and the state government have long been acrimonious. The ruling  provides some level of vindication to the tribes which have long sought to distance themselves from encroachments by the state government.  Now,

Third, the ruling increases the potential for tribes to increase real tribal sovereignty in one fell swoop by overturning the Major Crimes Act. While McGirt may seem to many to be just a matter of transferring prosecutions from state court to federal court, the ruling possibly paves the way for a true reclamation of tribal sovereignty in this regard. Now that the tribes have been freed from state control of criminal prosecutions of tribal members, the next step lies in ending federal control through repeal or modification of the MCA.

If this can be done, then tribal members would be guaranteed their day in tribal court, rather that in a state or federal court. The ruling of Ex parte Crow Dog would again be recognized in spirit: namely that tribal members should be tried by their tribal peers. 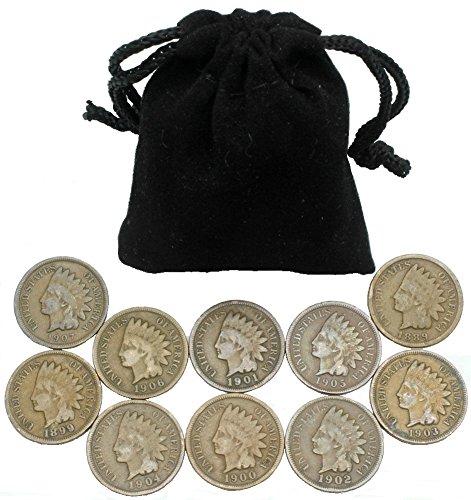 No, Eastern Oklahoma Is Not Now “Owned” by the Tribes

Claims that the the Court’s new ruling means the Court “gave away” half of Oklahoma (as US Senator Ted Cruz now claims ), or that eastern Oklahoma now “belongs to” the tribes rather overstate the matter.

Although many non-Indians imagine all property on Indian reservations is communally owned or directly controlled by a tribal council, this is not at all necessarily the case. Some tribes do this. Most do not. Indian reservations commonly include “fee simple land” owned by non-tribal members and which is “owned outright without a restriction on alienation” and “subject to state regulatory authority.”

For now, at least, the change remains centered only on criminal prosecutions. Non-tribal members who commit crimes on tribal lands — and if no tribal member is involved — are still subject to the laws of the states in which tribal lands are located.

On the other hand, McGirt v. Oklahoma opens to door to potential future changes in how taxes are collected in Oklahoma. It may be in the medium and long term, tax revenue collected by the state of Oklahoma will decline as tax revenue to tribal entities increases. In fact, this is one reason given by Justice Roberts in his dissent:

The decision today creates significant uncertainty for the State’s continuing authority over any area that touches Indian affairs, ranging from zoning and taxation to family and environmental law. 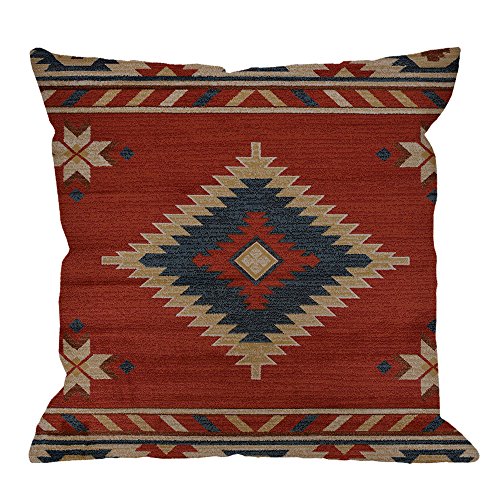 These issues, however, were not sufficient to convince the court’s majority, lead by Neil Gorsuch, to agree with Oklahoma and the State Department whose arguments, Gorsuch concluded, were little more than a “wish” that “an inconvenient reservation would simply disappear.” That is, the fact tribal sovereignty is inconvenient for Oklahoma’s tax collectors is not reason enough to pretend tribal lands don’t exist.

Implications for Decentralization in the United States

All in all, McGirt v. Oklahoma may prove to be a good thing for those who favor greater decentralization of state power in the United States. Tribal sovereignty has long been a neglected tool in the battle to limit federal power.

In terms of truly protecting tribal sovereignty, however, this week’s ruling is really quite limited. It still sanctions far too much power for Congress in unilaterally abrogating and changing treaties with tribes. Tribal lands should be treated as at least as sovereign as US states. Just as US states cannot be abolished or their borders changed by Congress without state permission, tribal entities ought to enjoy similar protections.  Nonetheless, the ruling does strengthen the current legal environment in which tribal lands, laws, and boundaries are not something that state legislatures can change whenever they feel like it.  One can hope that Congress too will eventually be similarly limited.

Now that it has been established the Creek tribe of eastern Oklahoma actually has sizable reservations, the next important step is in affirming what should have been recognized long ago: that tribal members ought to be able to administer criminal justice for their own members on their own lands in accordance with their own laws and customs.