We Are All Prisoners of Groupthink

It’s a place with no history and no identity of its own. It has no nationality. It could be anywhere. Its citizens repeat cheery slogans to each other instead of having conversations. They’re forever staging oddly joyless ‘celebrations’, parading in circles through the streets waving rainbow-striped flags, cheering and clapping. They live in fear of saying the wrong thing, not joining in, and being declared ‘unmutual’ by a mysterious, unaccountable committee.

But this isn’t Britain in 2020. It’s the Village, the very unusual prison that a secret agent played by Patrick McGoohan is banged up in (and forever trying to bust out of) in the 1967 ITV adventure series The Prisoner. The Village is portrayed on screen by Portmeirion, the quite beautiful and grand architectural folly in North Wales created by eccentric millionaire Clough Williams-Ellis, and still doing very nicely as a tourist attraction and hotel. It’s an amazing place, on screen and off.

In the decades following its original transmission, The Prisoner seemed a gaudy curiosity, and very, very much of its time. It’s got the clashing brightness of much early colour TV; a jarring half-jazz, half-guitar pop score; and a jumpy, psychedelic mise-en-scene. It clearly belonged to a very particular paranoid Cold War moment; a colossally expensive remake in 2009 starring Ian McKellen seemed totally irrelevant to the modern world, and died a death. The original lived on only as a cult series, remembered more for the nostalgia value of its vivid iconography than anything else.

McGoohan’s character (known as ‘Number Six’) is permanently angry, or at least tensed up — there’s nobody he can relax or speak normally with. This gives the show an intense, unrelenting atmosphere that makes it heavy going for some viewers. There are many things The Prisoner shares with The Good Place, but chirpy, flirty banter isn’t one of them. The thing most people know about the show is ‘Rover’, the giant white balloon which patrols the Village, roaring and heavy-breathing, and which often smothers McGoohan back into line to the accompaniment of frantic bongos and detuned electric guitars. 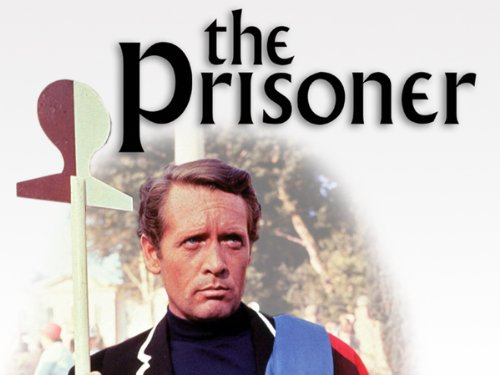 You’re never quite sure whether Rover is meant to be funny, frightening, a bit of both or neither. It’s a quality that sums The Prisoner up. To most people it seems, or seemed, a typically naff bit of meandering, a product of the time that also served up the Beatles’ rambling, almost unwatchable, TV film Magical Mystery Tour.

But over the last few years, as the public sphere of Western society has taken a very odd and unexpected turn, I couldn’t help thinking more and more of The Prisoner, and specifically the Village. While The Prisoner shares many concerns with Nineteen Eight-Four, it now seems that McGoohan (who co-created it, and wrote and directed many of the episodes) got it more right than Orwell — and did so in a Sunday night mainstream TV show with ad breaks, punch-ups and dolly birds.

Robert Kennedy Jr.: ‘Pharmaceutical Drugs Are Now the 3rd Leading Cause of Death’ in the US Violent Crime Is Surging Dramatically in Major Cities All Over America