Dispatch from the Front

“The enemy of my enemy is my friend.”

I thought my employer was my friend. I was approaching retirement without a job and it appeared I would be in dire straits during that final phase of life. Then I was given my latest job. It wasn’t an act of friendship, per se. More an act of capitalism. We both benefited. I made close acquaintances there. It felt like an act of friendship to me. Retirement was going to be OK.

Then the corona virus struck. It appeared to be a more aggressive form of the flu but the flu nonetheless. Precautions should be taken. Wash hands, isolate the sick, protect the elderly. Fine. Common sense response. 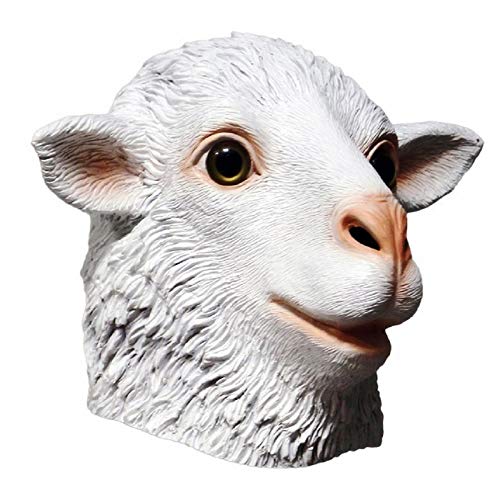 Then my new friend became friends with my enemy. Reaping billions of dollars in the process.

My employer mandated all the soul crushing activity for it’s employees that governments were mandating for the general population.

The friend of my enemy is my enemy. I found myself stuck behind enemy lines.

I was a flight instructor for a major U.S. airline. My duties were to train new hire pilots and provide recurrent training for current pilots. On a typical day I would spend 90 minutes briefing them on a variety of topics and review the maneuvers we were going to practice in the simulator. Then it was four hours in the simulator practicing various procedures.

When the corona virus struck our training operation was shut down for three weeks for a thorough cleaning. We were informed that when we went back to work we were to wear masks while in the building, practice (anti-) social distancing and keep the place as sanitary as an operating room. I could not imagine talking for almost six hours with a mask on. 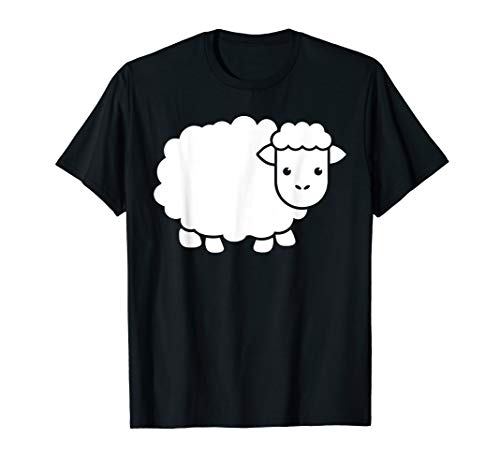 Thanks to LewRockwell.com I knew the masks did not work, were actually detrimental to our health, projected an image of fear, and were part of governments’ agendas to isolate people and keep them in fear. All the better to control them.

I knew I was not going to keep my job. But rather than just cross over the battle lines by quitting I thought I would plant some seeds of liberty and strike a small blow for freedom.

Before work resumed after the cleaning I sent an email to my supervisor (Junior Manager) asking the question children love to ask but are eventually trained to avoid: “Why?” Why the masks? I cited many statistics concerning the virus, mask use, transmissibility, etc. No answer.

Over 80 other employees received my email as I was responding to an email sent to everyone in the department. I got a few disagreements accompanied by “news” articles that pushed the scary narrative. Again, thanks to Lew Rockwell, I was able to refute the articles. No response to my critiques.

My final activities at work included not wearing a mask. In the spirit of colonial pamphleteers I placed printouts in the break rooms. The “pamphlets” contain facts that put the corona virus propaganda in context and expose the falsehoods. I should have signed them with a scarlet pimpernel but didn’t think of it at the time.

In case any of my students expressed concern over my not wearing a mask I prepared a single page paper with some facts concerning the efficacy wearing a mask and the transmissibility of the virus. One crew I showed it to requested to keep a copy of it. I jokingly said that with the creeping Communism about they should be careful because it might be considered contraband. Well, the joke was on me. I was right about the Communism but was wrong about their role. Turns out they were snitches, not sympathizers. They turned my papers over to management. We have a prohibition against unauthorized “handouts”. I understood this with respect to training materials. I didn’t think it applied to non-training information presented outside the scheduled training period. At least that was my reasoning. That is what I got called on the carpet for a couple of days ago. There was a meeting to “council” me. Had I READ the paper to the students nothing would have happened.

As luck would have it that day was also the day I decided to wear a mask in the building so as to avoid being accused of violating the mask policy. It had been very stressful going against company policy so I wore a “mask”. Like this one: 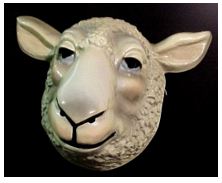 Got a variety of responses. I had it with me when I went to “the meeting”. The participants in the meeting were Senior Manager, Junior Manager, Union Rep and the Perp (me). SM was clearly angered by the mask. I said I was just following orders to wear a mask. That, in fact, my mask was more impervious than the cloth ones everyone else was wearing. This further angered him. He accused me of “calling out the sheep in the room”. I guess the shoe fit but pinched a bit. 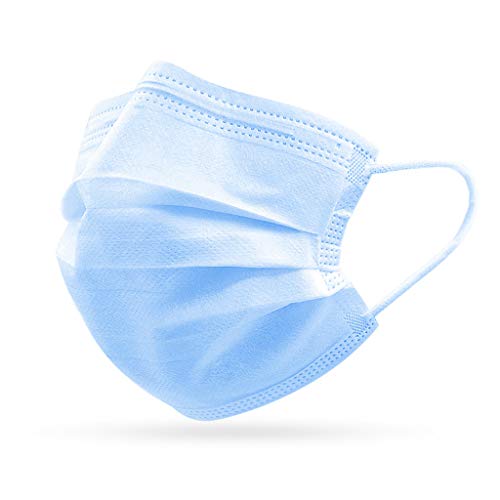 The meeting was in a large conference room. I was the first to sit and the rest sat down about 10 feet from each other. Social distancing, dontcha know.

During the conversation I pointed out some of the contradictions in the mask policy. UR replied with appeals to authority and some irrelevant facts.

Every time I made a comment they could not respond to they reiterated that they were not going to debate this. I WILL wear a “proper” mask.

It’s interesting that there appeared to be no indication that they were going to fire me. A letter of counseling had been prepared in advance and signed by management. All it needed was my signature.

I was told that I was to follow protocol. If I didn’t I would be subject to another “counseling”. No word about being fired. It seems I could either comply or continue to suffer these meetings. They asked me if I wanted more such meetings. I said there would be no more meetings. I think they thought I was going to comply. My thought was I will not keep this job if I must comply and therefore there would be no more meetings. But I didn’t say that. I let them think what they will until I figured out a principled way out of this. I did not want to quit merely because I did not want to wear a mask. That would just be my stubbornness against theirs.

I don’t think they wanted to fire me. In the course of my job I rarely interact with other instructors or management personnel. I come in, spend 6 hours with two pilots, then go home. I generally get very little feedback on how I am doing as an instructor. But for some reason, over the past few weeks, a variety of sources have remarked that I have a good reputation and am considered one of the better instructors.

I don’t think they expected me to quit either. Who would give up an intriguing job that requires only 6 hours a day, 17 days a month and pays extremely well?

JM, my about-to-be-ex-supervisor, unwittingly handed me the solution. He asked me if I was a vet. “Yes”. What branch? “Air Force”. How long? “Four years”. The others all piped up with their branch of service and how long. I detected a new tone in their voices. More relaxed. Oh boy! We are all in the same club! I was part of the inner circle. They had me now. JM told me that they were all “leaders”. That I was a “leader”.  As such it was my job to set an example and enforce the rules. This is when the light dawned and I had a clear vision of what I had to do.

If I was to be a “leader” in this organization I would have to defend and enforce rules I did not believe in. I have facts that contradict the narrative yet I must ignore those facts and spout the company line no matter how much I disagree with it. 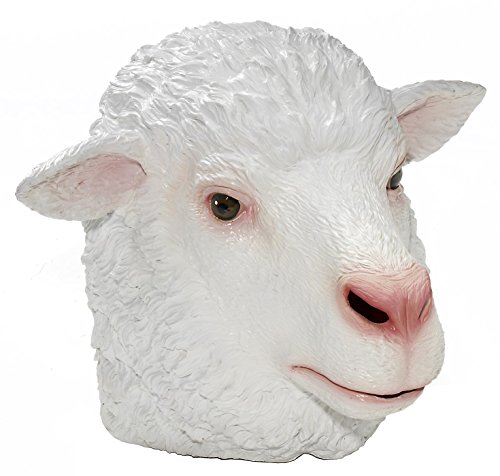 I told JM I was glad he mentioned leadership. That it gave me some clarity and would make coming to a decision easier. That I never thought of myself as a leader or that I was in leadership position. I agreed with him. I guess I am a leader and should act accordingly. He looked like he had hit the mark and thought I was coming around. Then I pointed to my cloth mask laying on the table and said, “as a leader that is not a direction I care to lead anyone.” I told them that between the masking and the riots this country is going down the tubes. We have had sensitivity training for sexual harassment and “unconscious bias”. Now it appears we will have training to root out “systemic racism”. “I cannot and will not lead anyone in that direction”, I said. That was not what they expected.

When we stood up and headed toward the door we ended up within a couple of feet of each other without masks on. I looked at them but they were not looking at anyone. It felt like an awkward departure. (Like a musical phrase without a cadence?) So I said, “it’s been good working with you” and held out my hand. They each shook it. Contrary to policy. That felt better.

In prior thinking about the possible outcomes of an encounter such as this my Walter Mitty wanted me to utter the parting words, “I regret that I have but one job to give for liberty.” (To paraphrase Becky Akers’ correction of a well known saying.) But in the moment it didn’t come to mind.

Rod Peet, Jr. [send him mail] has been a professional pilot for 45 years. He has worldwide experience as a bush pilot, crop duster, corporate pilot and airline pilot.

How To Fix the COVID-19 Crisis in 30 DaysCOVID: What Was the Plan All Along?