Hydroxychloroquine, COVID, FDA; And Pharma And All Its Whores Around the World

“We are talking about private contracts outside the scope of government. We’re talking about local barter, and the issuing of local currencies, the building of private money systems. During the Great Depression, many citizens looked around and said, ‘We still have land and food, we still have commodities. Nothing has changed here. We just have to invent a way to conduct commerce among ourselves.’ One estimate states that, during the Depression of the 1930s, there were 1500 private money systems across America.” (My notes for “The Underground”)

I have made my case concerning the fake pandemic. Many times now.

From the beginning—the failure to isolate, purify, or actually discover a novel coronavirus by correct procedures. The meaningless diagnostic tests and the meaningless case numbers. The propaganda. The use of “the virus” as a cover story obscuring high-level corporate and government crimes.

Of course, many people believe in the COVID-19 virus. And of these, some have been seeking treatments outside the bounds of government certification.

This is their right. They are exercising freedom in managing their own health. And so some of them are taking hydroxychloroquine (HCQ).

The FDA, which certifies all medical drugs as safe and effective, before they are released for public use, has not recommended HCQ for COVID treatment. It has banned the drug for that purpose, outside of hospitals and clinical trials.

The FDA‘s track record—which I’ve been documenting for the past 25 years—is a horror show. The first key review I became aware of was authored in 2000, by Dr. Barbara Starfield, and published on July 26th of that year, in the Journal of the American Medical Association. Starfield stated that, annually, FDA-approved medicines kill 106,000 Americans. That’s over a million Americans per decade. So relying on the FDA to decide whether HCQ is a useful drug is not a concession some Americans are willing to make.

Pharma and all its allies and minions and whores are focusing on a jackpot bonanza for COVID treatment: vaccines and new antiviral drugs. Pharma does not want competition. It definitely does not want to see a landscape in which all sorts of alternative treatments for COVID (or any purported disease) are rampant and free-wheeling.

We are seeing multiple censorship actions across platforms, when people, including doctors, speak positively about HCQ.

Fauci is very much in the pro-Pharma camp, of course. He and Gates want an RNA vaccine to come to market, by any means necessary. They also want antiviral drugs to dominate COVID treatment.

A very sharp reader spelled out the Pharma-anticipated future for these new (toxic) antiviral medicines. And not just for COVID. Up to now, there has been very little mainstream progress in getting drugs specifically designed to treat viruses into the marketplace. This is Pharma’s big opportunity. They envision a trillion-dollar operation that will elevate antivirals (for treating any viruses) to the level of, say, antibiotics, which are used against bacteria. COVID would simply be the first major “breakthrough.”

So we have a war going on. HCQ and other alternative modalities vs. vaccines and antivirals. Pharma does not want to lose this one. It would be disastrous.

I am not touting HCQ. I am putting it this way: if many people are convinced, or become convinced, that HCQ is a drug of choice, and if they believe it is helping them, then a major rebellion against Pharma and the FDA and its counterparts around the world takes off. It soars. And it spurs the use of other alternatives on which Pharma makes zero profits.

So-called natural health and alternative medicine have been booming since the 1980s. A new escalation would send very serious shock waves through the pharmaceutical industry.

Fauci is well aware of this. He is fronting for the industry in every possible way. Trump, with his statements favoring HCQ, has become a major threat in that regard.

When you see new reports of soaring COVID case numbers—a con which I’ve documented six ways from Sunday—you’re not only witnessing a planned strategy to maintain the war against the economy and therefore against billions of people whose lives are at stake; you’re also watching a justification for pushing antivirals and vaccines. For the benefit of Pharma.

The last thing the pharmaceutical industry wants to see is their own case-number con giving birth to wildcat outbreaks of health freedom. People leaving the nest. People going elsewhere for treatment.

Individuals making decisions about their own treatments—this is very serious business. People should look deeply before making choices. In the case of various HCQ protocols, they should consider: dosage levels; when in the course of illness the drug would be given (early or late); whether there is illness requiring treatment to begin with; whether people may have a heredity condition which could make HCQ perilous or even lethal—these are some of the relevant considerations.

The FDA and Pharma want to be the first and last word. 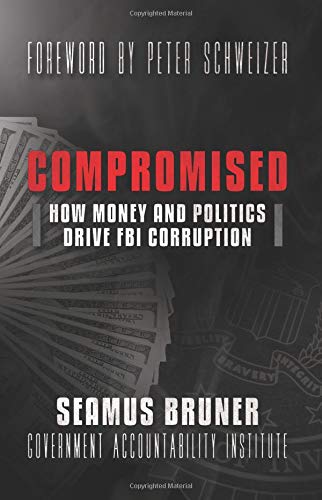 Life and Liberty say they are not the first and last word.

In that regard, there is another issue: licenses vs. contracts. The medical cartel, backed by governments, has established medical boards which grant licenses to practice medicine. These special persons, doctors, are handed the right to treat and cure diseases. This is an attempt to create a monopoly.

There is another avenue: private contracts. Here is the analogy I’ve used to describe this situation. Two adults, Joe and Fred, enter into an agreement. Joe says he has a health condition. He will be the patient. Fred will be the practitioner. Fred has a well on his property. Fred believes the water has a special healing quality. He will give some of it (or sell it) to Joe, who will drink it over the course of two weeks.

Both men, in their contract, agree that no legal liability will be attached to the outcome. They are both responsible. They are of sound mind. They don’t require government permission to sign or fulfill their contract.

That’s it in a nutshell.

Joe and Fred are operating on their own. They have that natural right. They also have the right to be wrong—in case the water treatment doesn’t work, or is harmful.

Of course, all sorts of meddlers will claim this arrangement is illegal and absurd. Meddlers always try to curb freedom. That’s their crusade in life. They can’t stand the idea of people making their own choices and decisions and then accepting the consequences.

I’m not saying governments will honor such contracts. Governments are prime meddlers. I’m saying these contracts (and not just in the arena of healing) stand outside governments. They are citizen-to-citizen. They are prior to government. They are intrinsically more real than government.

THIS is what COMMUNITY actually means.

Previous article by Jon Rappoport: Another Failure of the COVID Diagnostic Test