Why They Despise and Smear Thomas Jefferson

Every few months the American people are treated to new attacks on Thomas Jefferson. Are these new attacks? No, they are just recycled ones that the left, and the establishment in general, continue to exaggerate and use to defame one of the greatest intellectuals who ever lived. Recently, there have been increasing calls to tear down his statues and rename schools named after him. Why? Well they give a few different reasons, all of them being frivolous and deceitful. The main charge, of course, is that Thomas Jefferson owned slaves. Of course, this was at a time when slavery was widely accepted and most of Jefferson’s contemporaries also participated in the practice. You may hear the left trash Washington for owning slaves, but you’ll never hear the establishment doing so. They only target Jefferson. Why would this be? Jefferson actually personally opposed slavery and took more action than Washington did to end its practice. In Jefferson’s original draft of the Declaration of Independence, he condemned King George for enslaving people and violating their “sacred rights.” Further, when Jefferson was president, he banned the international slave trade. These actions were far greater anti-slavery steps than George Washington ever took, or any slaveholding founding father for that matter. Yet, we are constantly barraged with seething statements of hatred of Jefferson calling him the worst names in the English language. We get articles from the Smithsonian entitled “The Dark Side of Thomas Jefferson” and Monticello, Jefferson’s own estate, calling him a terrible hypocrite. 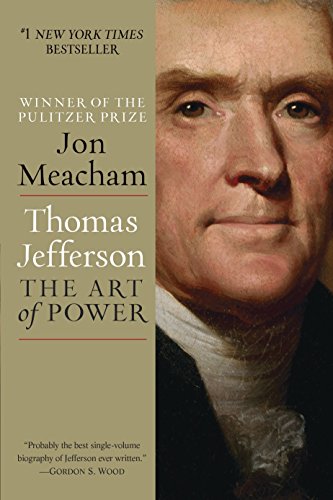 Next, in order to worsen the original attack, they tell us that Jefferson actually had many children with one of his slaves. But this is a lie, and the liars who promote it know this. An objective look at the evidence would never lead one to accept the conclusion that Jefferson fathered children with one of his slaves. That is why no actual historian took the assertion seriously until very recently (when the leftist mob began demanding it be stated as historical fact).

Thus, we must ask why they smear Thomas Jefferson? If the charges against him are so clearly fraudulent, there must be a reason why they despise him (and uphold other founders). When we look at who they promote and praise among the founders, we can see what the answer is. So, which founder do they consistently promote? Anyone living in American society today knows the answer: Alexander Hamilton, who happens to have been Jefferson’s enemy. Hamilton favored a powerful centralized government that he believed could and should control the economy, enrich the powerful elite, and dominate the states. If this sounds familiar, it is because that is exactly what the establishment and the left want today. Jefferson deeply opposed this, favoring decentralization, states’ rights, and economic freedom. In fact, in 1798, Jefferson wrote the Kentucky Resolution, promulgating the idea that states could nullify unconstitutional federal laws. The thought of this is horrifying to today’s establishment, as they would lose a lot of power if it were put into practice. Thus, the necessity to demonize the great disciple of liberty becomes clear. Discredit the man, discredit his ideas. Finally, one of the great characteristics of Thomas Jefferson was that, unlike many other advocates of liberty, he was radical and combative. He actually fought for his principles and wasn’t afraid to denounce those who promoted statism. For example, in speaking of Hamilton, he stated that “if history stoops to notice him” it will be as “a person who worked to destroy liberty.” The establishment hates those who tell the truth about powerful elites and expose them in the public square. Thus, the great intellectual must be silenced, and the only way to do this is to assassinate his character.

In conclusion, this is a usual case of mediocre men trying to disparage a great man after his death because it brings them more power. And power is what they crave.

Previous article by Derek Dobalian: Ought Christians To Hate the State?

Fedcoin: a New Scheme for Tyranny and PovertyHanging with the Silenced Majority in Covid Country