Walter Berns and the Cult of "Patriotic" Sacrifice

In his great new book The Problem with Lincoln, Tom DiLorenzo brought back an old memory. As Tom points out, Walter Berns, who taught political science at Cornell and then worked for the American Enterprise Institute, was one of the main figures urging us to worship Honest Abe. He quarreled with the main Lincoln idolater, Harry Jaffa, but I’m not going to go into what they fought about. Rather, I’d like to focus on an argument in Berns’s book Making Patriots (2006), to which Tom refers.

Berns thinks he can solve a fundamental problem of modern America, and wait till you hear what that problem is. People in America aren’t willing to sacrifice their lives to the state. They are too much devoted to their own selfish interests. To overcome this dire state of affairs, we need to establish a “civil religion” in the guise of patriotism.

Berns acknowledges that America was founded on individual rights, but he thinks there is a difficulty with overemphasis on Lockean rights to life, liberty, and property. No doubt, these have their proper place, and it is not a small one. But “patriotism means love of country and implies a readiness to sacrifice for it, to fight for it, perhaps even to give one’s life for it. But, aside from the legendary Spartans, why should anyone be willing to do this?…why should self-interested men believe it in their interest to give their lives for the idea or promise of their country?” 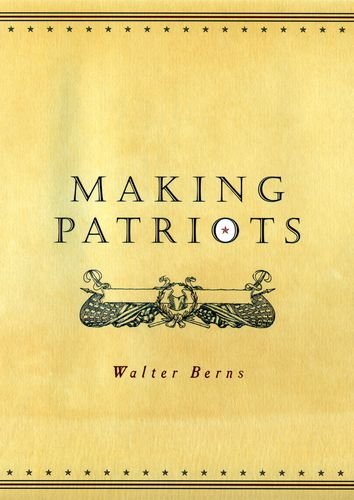 Things were different in the ancient world. In classical Athens, no conflicting loyalties stood between the citizen and his city: “Athenians were enjoined to be lovers of Athens because they were Athens—in a way, by loving their city, they loved themselves—and because, by gaining an empire, Athens provided them with the means by which they gained fame and glory.”

By no means does Berns seek to restore the ancient city. Quite the contrary, he recognizes that the “institutions of both Athens and Sparta were ordered with a view to war, and, precisely for this reason, neither Athens nor Sparta could, or can, provide a model for America.” Since the rise of Christianity, allegiance no longer can be undivided. The soul of the religious believer does not belong exclusively to the political community, and the great mistake of the French Revolution was its futile attempt to uproot the church and restore the ancient ways. The founders of the American Republic avoided this trap. So far, so good.

But Berns now asks an odd question. If Christianity cannot be eliminated, how can as much as possible of the unity of the ancient city be restored? His answer—and it is not a bad one given his premise—is that religion must be rigidly confined to the private sphere. In that way, the state may proceed toward its great tasks, unhindered by the scruples of believers. Though believers may practice their faith unmolested, they must realize that private conscience must always bow before the law. 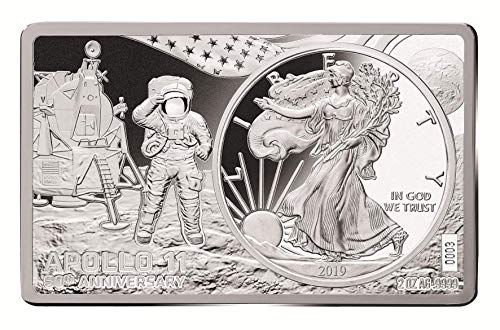 Our author makes entirely clear that, on this matter, he is a thoroughgoing Hobbesian:

with the free exercise of one’s religion comes the requirement to obey the law regardless of one’s religious beliefs….Whether a law is just or unjust is a judgment that belongs to no “private man,” however pious or learned, or, as we say today, sincere he may be. This means that we are first of all citizens, and only secondarily Christians, Jews, Muslims, or any other religious persuasion.

Thus, if your religion forbids you to fight, Berns would grant you no right to avoid military service. It may be a prudent policy for the government to make room for conscientious objectors, so long as they number but few. But their status is a privilege, and Berns does not hide his dismay with the Supreme Court for making “the exception the rule for anyone willing to invoke it.” No wonder Murray Rothbard said that Berns is an enemy of freedom.

So much for religion—or, rather, so much for religion that extends beyond devotion to the state. What is to replace it as an object of popular devotion? We cannot, of course, rely on so egotistic a notion as natural rights; instead, we need a national poet around whose work the emotions of the people can concentrate. 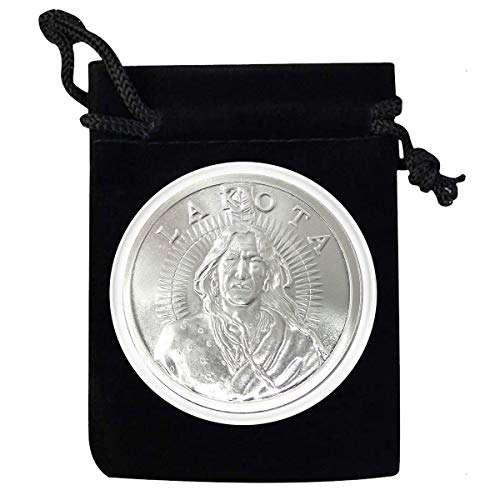 Fortunately, one is at hand: Abraham Lincoln. “As…Shakespeare was, or is, to the English (and Robert Burns to the Scots, Gabriele D’Annunzio to the Italians, and Homer to the Greeks) so Lincoln is to us; he is our spokesman, our poet.” Lincoln gives Berns exactly what he wants. His winged words, especially the Gettysburg Address and his second inaugural address, remind all Americans “that freedom is more than being left alone, that there is a price to be paid for it.” The great bloodletting that took place during Lincoln’s crusade was an essential means to bond all Americans together in love.

Berns’s argument rests on a false premise. Why should we think that a free people needs to be bonded together to defend their hearths and home from attack? Wars are rarely justified, but in the case of a genuine invasion, people don’t need a civil religion to defend themselves. Certainly we don’t need a religion that worships Lincoln.

Previous article by David Gordon: Equality Is Good—Believe It or Else