War on Poverty, or Just War on the Poor?

As the dust is now begging to settle, both from the heights of the COVID panic and from the riots that shook the western world, we are starting to get an idea about where we stand after this unprecedented and tumultuous time. We are able to begin taking stock of the damage that was inflicted by the lockdowns and to evaluate the governmental efforts to help those affected and to provide support to the economy. More interestingly, we are finally in a position to see clearly who amongst us paid the highest price, who suffered the most and whose livelihood was taken away.

This picture is especially clear in the US, where the numbers speak for themselves. One look at the unemployment figures as seen in the chart below is enough to demonstrate the extent of the damage of the economic shutdown. However, a more detailed examination of the data reveals a lot more. It shows the sharp inequality in those lost jobs. Low- and minimum wage employees, seasonal, part-time and low-skill workers, were fired from their jobs at an astoundingly higher rate than their white-collar and better-paid peers. It makes sense, of course. Not only could these jobs be performed from home more easily, but these employees were also largely less replaceable. Being by and large more educated, more experienced and more skilled, there were seen as more “essential”, to use the government’s own terminology. Of course, all jobs are essential for those who need them to survive, but then again that argument never managed to gain any traction when bureaucrats were deciding who gets to keep their job and whose source of income is simply surplus to requirements. 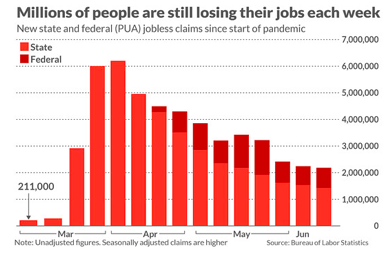 Despite widespread “expert” commentary to the contrary, this economic disaster is not behind us. Even as the US economy now reopens, with setbacks and reversals, strict measures remain in place in most states. Social distancing restrictions and other requirements are still placing heavy burdens on the retail sector and the travel and hospitality industry, in many cases making it impossible to operate a business profitably.  It is thus no wonder that so many have chosen to operate with greatly reduced staff, reduced hours, or just not to reopen at all. In this environment, it is clear that those who can’t do their jobs from home will continue to suffer disproportionally. According to a new study by the University of Washington, there are over 108 Million Americans in that category. That’s three-quarters of the US workforce, who also happen to be among the lowest income levels in the country, and they are facing a considerably higher risk of layoffs, furloughs, or workhour reductions. Among them, there is a sub-group of 27.4 million workers, or 18.9% of the workforce, who work in retail, food and beauty services, protective services, and delivery of goods. This group, with a median income of $32,000, at the very end of the pyramid, is staring at an even greater risk of job insecurity and displacement. 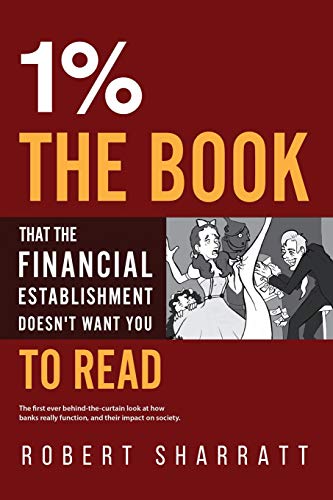 The numbers are finally in for the Paycheck Protection Program, or “PPP”, that was supposed to safeguard jobs and to keep workers on the payroll throughout the shutdown. The program, which was part of the $2.3 trillion CARES Act, was meant to give out loans to businesses and non-profits with fewer than 500 employees, that would then be “forgiven” if the recipients allocated a certain portion of the loan on retaining or hiring back employees. The Small Business Administration (SBA) recently published a list of companies and organizations that received more than $150,000 in PPP. The picture painted by the data is not pretty, but that’s hardly a shock.

At least 12 members of Congress received PPP money through connected businesses. New York law firms, Wall Street investment firms, luxury clothing brands, like that owned by presidential candidate Kanye West, golf and country clubs also apparently qualified for what is essentially a cash gift of taxpayer money. Large corporations and national chains, that obviously did not qualify for these loans, also got paid, by simply filing for each branch and location separately as a small business, which is perfectly legal by the way. Lobbying firms and advocacy groups featured prominently on that list too; even long-time critics of excessive government spending, like “Americans for Tax Reform”, and fierce detractors of handouts and the welfare state, like the Ayn Rand Institute. Controversial and chronically divisive organizations like Planned Parenthood came out on the winning side of the shutdown too: According to reporting by NBC, PPP loans amounting to $150 million went to Planned Parenthood affiliates. Millionaire artist Jeff Koons, famous for this balloon animal sculptures, received a loan of $2 million to preserve 53 jobs at his New York studio. Just for reference, Koons’ estimated net worth is $200 million and in March 2019, his “Rabbit” sculpture sold for $91.1 million, setting a record as the most expensive work sold by a living artist at an auction. 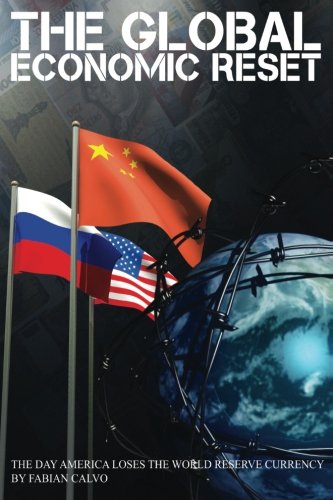 And while the taxpayer-funded party was raging for crony capitalists, celebrities, and government-connected organizations, there were thousands of actual small businesses that were denied access to the PPP and were turned down for loans of even a few thousand dollars. Overrepresented among those who had the door shut on their face were minority-owned businesses. This failure is especially specular, given that the program had earmarked $30 billion for smaller lenders, with the explicit aim of supporting business owners of color in poorer neighborhoods and “underserved” markets. Overall, the smallest of small businesses, those owned by a single person and arguably needing that money the most, were the ones most egregiously treated: they were forced to apply for their share of the PPP money one week after everyone else, which in many cases meant that the first round of the funding had already run out when their turn came.

The state doing what it does best

A lot of these businesses that fell victim to the shutdowns and then were further betrayed by the “relief” spending that never reached them, were playing a crucial role and not just economically. They were local restaurants and bars, small corner shops, neighborhood salons and mom and pop operations. They were serving their local community, being supported by their regular customers and patrons and in return provided jobs, generating income on a local level. The net effect of these local business dynamics and the jobs they created and sustained goes beyond just providing a regular paycheck, which is in itself hugely important for so many people. They also ensure that this productive activity, the income it generates, the value it creates and the wealth it eventually builds all develop and remain within the community. These synergies and the combination of these forces can be extremely effective in elevating even the poorest communities, giving people more opportunities, financial security, independence and a sense of ownership. In turn, this literal and figurative enrichment helps support a climate of cooperation, responsibility and respect, which can also bring criminality under control in an organic way or even prevent it altogether, especially by staving off youth delinquency. Now, all these jobs and all the benefits they brought with them have perished, along with the businesses that created them. 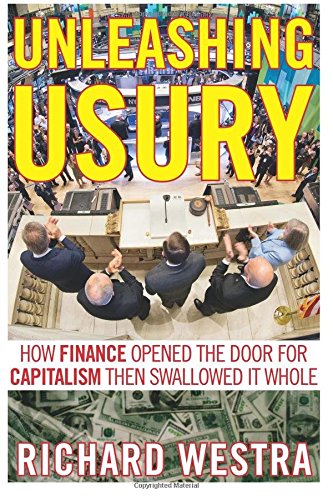 But these are things no central planner understands, or even cares about. All these transformative forces and all the little miracles that the free interaction and voluntary exchanges between individuals bring about are unimportant to the bean counter, the bureaucrat and especially to the career politician. Improving people’s lives, reducing poverty, creating jobs and opportunities, are only seen as desirable outcomes if they can take credit for them. It important to remember this, next time someone argues we must turn to the state in order to erase inequality. For the state is the machine that mass-produces it, that incentivizes, enforces and gleefully perpetuates it.

Is America Up for a Naval War With China?Stop Pretending the BLM Protests Were Peaceful