Personal Liberty Squeezed in a Vise

Last week, this column addressed the expectation of revolution and the exhilaration of freedom that pervaded the 13 colonies during the summer of 1776. This summer in America, we are approaching the end of a civilized and free society as we have known it.

The freedom to walk outside without worrying for your life and the reliance that constitutional freedoms are guarantees that the government will honor have dissipated. The effects are anarchy in the streets and a loss of liberty for everyone.

The root cause of both is the failure of government. 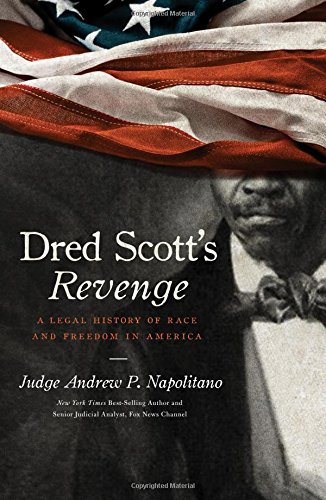 The anarchy was born in legitimate dissent and has morphed into deadly violence. The dissent was provoked by the public torture and murder of George Floyd, a Black man, by a white Minneapolis police officer. For many folks — I among them — this was too much to bear. It was the final public impetus to the release of pent-up rage over the disparate treatment of the races by the government in general and the police specifically, and over public officials who have known of this for generations and looked the other way.

Since the adoption of the Civil War Amendments to the U.S. Constitution, the government — local, state and federal — was supposed to have become colorblind. We know it has not. But the death of one innocent Black man by one vicious white cop may have succeeded in achieving what 150 years of legislation and litigation have failed to achieve: turning the tide of public opinion against a culture that looked the other way in the face of governmental racial abuse and disparity.

But what began as legitimate, constitutional and laudatory dissent has become, in some places, violence and anarchy. The longer the violence remains unabated, the more pervasive it will become. It is largely unabated because many public officials rely on those committing the violence and their supporters for political backing.

Hence, the utter anarchy in Seattle, where a mayor and a governor declined to restore basic legal protections on the streets. A group of armed thugs, claiming to be liberators, took over a six-block area of that once beautiful city. They destroyed property, prevented travel and commerce and even caused the deaths of innocents. Until death reared its unforgiving head, the police stayed away because the mayor told them to leave the neighborhood alone.

At the other end of the societal breakdown are the profoundly unconstitutional power grabs by mayors and governors in the name of public health. They have effectively nullified the Bill of Rights by using the police to infringe upon religion, speech, assembly, travel, self-defense, privacy, commercial intercourse, due process and the sanctity of voluntary contracts.

These government leaders have concocted their own rules and had them enforced as if they were law. The hypocritical New Jersey Gov. Phil Murphy violated his own social distancing rules by marching arm-in-arm with protestors, and his own restaurant lockdown orders by visiting a restaurant secretly serving food indoors — and he famously mocked the Bill of Rights as above his paygrade during an appearance on Fox News.

It is exquisitely wrong for mayors and governors to write their own laws. It is also unconstitutional; in America, only a popularly elected representative body — not the entity that enforces the laws — can write them.

New York Gov. Andrew Cuomo takes refuge in legislation enacted at the outset of the COVID-19 pandemic giving him the power to regulate private behavior. But that legislation is unconstitutional because it violates the Guarantee Clause of the Constitution. That clause mandates that the states have the same separation of powers as the federal government does, and thus only the legislative branch writes the laws.

When the governor both writes a law and enforces it, he ceases to be a governor and becomes a prince.

James Madison’s constitutional genius irretrievably separated these two functions, just as it separated the judicial function from the legislative and the executive.

American civilization is being squeezed this summer by two factions — anarchists, enabled by politicians who want their support, and tyrannical mayors and governors. Often — in an irony that history will find to be bitter — by same folks.

The Supreme Court needs to invalidate its opinions that hold that the police have no duty to protect life and property. That would mean that their moral and legal duty to enforce the laws would transcend the mayoral and gubernatorial interference with those laws. Stated differently, the law would supersede the decision of the Seattle mayor that kept the cops off — and the thugs on — the city’s streets.

And state legislatures need to abrogate the concept of qualified immunity for the police. That doctrine has immunized cops from being sued personally when they commit crimes or engage in psychotic behavior. Might the uniformed thug who took eight and a half minutes to choke the life out of George Floyd have thought twice about it were he to have been financially liable for his terror?

The same legislatures need to enact laws absolutely prohibiting governors from trampling the Bill of Rights, because the Constitution has no emergency exceptions.

How does this end?

Will a pliant majority accept uniformed and nonuniformed thugs in the streets? Will it accept tyrannical governance in the name of public health? Will the tyrants return our freedoms when the pandemic has passed? Will this lead to vigilantes or martial law?

Previous article by Andrew P. Napolitano: When in the Course of Human Events

Is HCQ a Safe and Effective Treatment for Covid-19? Racism Has Become A Buzzword. Here’s Why That’s Important