Two weeks ago a senior Trump Administration official revealed that the president had decided to withdraw 9,500 American soldiers from Germany and that the administration would also be capping total U.S. military presence in that country at 25,000, which might involve more cuts depending what is included in the numbers. The move was welcomed in some circles and strongly criticized in others, but many observers were also bemused by the announcement, noting that Donald Trump had previously ordered a reduction in force in Afghanistan and a complete withdrawal from Syria, neither of which has actually been achieved. In Syria, troops were only moved from the northern part of the country to the oil producing region in the south to protect the fields from seizure by ISIS, while in Afghanistan the nineteen-year-long training mission and infrastructure reconstruction continue.

In a somewhat related development, the Iraqi parliament has called for the removal of U.S. troops from the country, a demand that has been rejected by Secretary of State Mike Pompeo. Put it all together and it suggests that any announcement coming from the White House on ending America’s useless wars should be regarded with some skepticism. 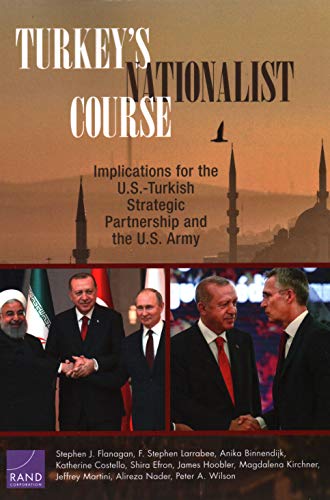 The United States has its nearly 35,000 military personnel remaining in Germany as its contribution to the North Atlantic Treaty Organization (NATO), founded in 1949 to counter Soviet forces in Eastern Europe in what was to become the Warsaw Pact. Both the Organization and Pact were ostensibly defensive alliances and the U.S. active participation was intended to demonstrate American resolve to come to the aid of Western Europe. Currently, 75 years after the end of World War II and thirty years after the fall of communist governments in Eastern Europe, NATO is an anachronism, kept going by the many statesmen and military establishments of the various countries that have a vested interest in maintaining the status quo. Since the demise of the European communist regimes, NATO has found work in bombing Serbia, destroying Libya and in helping in the unending task to train an Afghan army.

In spite of the clearly diminished threat in Europe, NATO has expanded to 30 members, including most of the former communist states that made up the Warsaw Pact. The most recent acquisition was Montenegro in 2016, which contributed 2,400 soldiers to the NATO force. That expansion was carried out in spite of assurances given to the post-Soviet Russian government that military encroachment would not take place. Currently, NATO continues to focus on the threat from Moscow as its own viable raison d’être, with its deployments and training exercises often taking place right up against Russia’s borders.

Few really believe that the Russia, which has a GDP only the size of Italy’s, intends or is even capable of reestablishing anything like the old Soviet Union. But a vulnerable Russia is nevertheless interested in maintaining an old-fashioned sphere of influence around its borders, which explains the concern over developments in Ukraine, Georgia and the Baltic States. 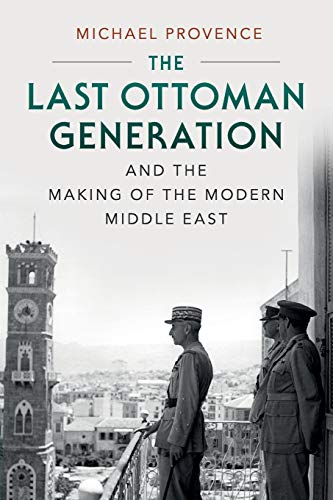 Given the diminished threat level in Europe, the withdrawal of 9,500 soldiers should be welcomed by all parties. Trump has been sending the not unreasonable message that if the Europeans want more defense, they should pay for it themselves, though he has wrapped his proposal in his usual insulting and derogatory language. A wealthy Germany currently spends 1.1% of GDP on its military, far less than the 2% that NATO has declared to be a target to meet alliance commitments. That compares with the nearly 5% that the U.S. has been spending globally, inclusive of intelligence and national security costs.

Fair enough for burden sharing, but the European concern is more focused on how Trump does what he does. For example, he announced the downsizing without informing America’s NATO partners. The Germans were surprised and pushed back immediately. Conservative politician Peter Beyer said “This is completely unacceptable, especially since nobody in Washington thought about informing its NATO ally Germany in advance,” and German Foreign Minister Heiko Maas regretted the planned withdrawal, describing Berlin’s relationship with the Washington as “complicated.” Chancellor Angela Merkel was reportedly shocked.

The timing of the decision has also been questioned, with many observers believing that Trump deliberately staged the announcement to punish Merkel for refusing to attend a planned G-7 Summit in the U.S. that the president had been trying to arrange. Merkel argued that dealing with the consequences of the coronavirus made it difficult for her to leave home at the present time and the G-7 planning never got off the ground, which angered Trump, who wanted to demonstrate his global leadership in an election year.

Trump’s behavior has real world consequences. The Canadians and Europeans regard him as a joke, but a dangerous joke due to his impulsive decision making. He cannot be trusted and when he says something he often contradicts himself on the next day. Arguably Donald Trump was elected president on the margin of difference provided by an anti-war vote after many Americans took seriously his pledge to end the burgeoning overseas wars and bring the soldiers home. It all may have been a lie even as he was saying it, but it was convincing at the time and a welcome antidote to Hillary the Hawk.

There will be costs associated with removing or relocating the troops in Germany, to include constructing new bases somewhere else, hopefully in the United States, but the realization that the soldiers are not really needed could lead to the downsizing of the U.S. military across the board. That would be strongly resisted by the Pentagon, the defense industries and Congress.

If Trump is serious about downsizing America’s overseas commitments, the reduction in the German force is a good first step, even if it was done for the wrong reasons. It would be even better if he would force NATO into discussions about ending the alliance now that it is no longer needed, which would mean that the remaining American soldiers in Europe could come home.

The U.S. mission of global dominance has meant huge budget deficits and a national debt of $26 trillion, which is likely unsustainable. Germany and other European nations, by way of contrast, balance their government budgets every year. South Korea, which hosts 30,000 American soldiers, is wealthy and far more powerful than its northern neighbor. The continued occupation of Japan with 50,000 troops makes no sense even considering an increase in China’s regional power. Overall, the United States continues to have 170,000 soldiers, sailors, airmen and Marines based overseas in 150 countries and its military budget exceeds one trillion dollars when everything is considered. The Iraq and Afghanistan Wars may have cost as much as seven trillion dollars given the fact that much of the money was borrowed and will have to be repaid with interest.

It is past time for Donald Trump to make a bold move because the Democrats won’t have the backbone to rattle the status quo. End the foreign wars, shut down the overseas bases and bring the soldiers home. Spend tax dollars to improve the lives of Americans, not to fight wars for Saudis and Israelis. A simple formula for change, but sometimes simple is best.

The Search for Yield Madness Is Contagious