Jean Raspail, Author of 'The Camp of the Saints,' RIP

From The Atlantic a long time ago:

Must It Be the Rest Against the West?

Absent major changes in North-South relations, the wretched should inherit the earth by about 2025

by Matthew Connelly and Paul Kennedy 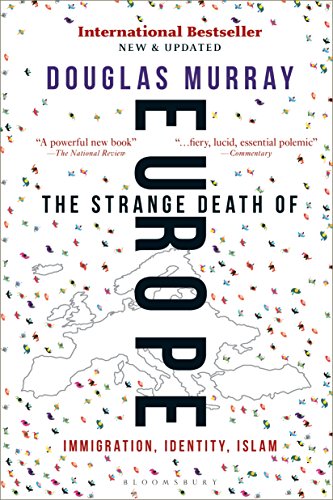 “Now, stretching over that empty sea, aground some fifty yards out, [lay] the incredible fleet from the other side of the globe, the rusty, creaking fleet that the old professor had been eyeing since morning. . . . He pressed his eye to the glass, and the first things he saw were arms. . . . Then he started to count. Calm and unhurried. But it was like trying to count all the trees in the forest, those arms raised high in the air, waving and shaking together, all outstretched toward the nearby shore. Scraggy branches, brown and black, quickened by a breath of hope. All bare, those fleshless Gandhi-arms. . . . thirty thousand creatures on a single ship!”

—The Camp of the Saints

Welcome to the 300-page narrative of Jean Raspail’s disturbing, chilling, futuristic novel The Camp of the Saints, first published in Paris twenty-one years ago and translated into English a short while later. Set at some vague time–perhaps fifteen or twenty years–in the future, the novel describes the pilgrimage of a million desperate Indians who, forsaking the ghastly conditions of downtown Calcutta and surrounding villages, commandeer an armada of decrepit ships and set off for the French Riviera. The catalyst for this irruption is simple enough. Moved by accounts of widespread famine across an Indian subcontinent collapsing under the sheer weight of its fast-growing population, the Belgian government has decided to admit and adopt a number of young children; but the policy is reversed when tens of thousands of mothers begin to push their babies against the Belgian consul general’s gates in Calcutta. After mobbing the building in disgust at Belgium’s change of mind, the crowd is further inflamed by a messianic speech from one of their number, an untouchable, a gaunt, eye-catching “turd eater,” who calls for the poor and wretched of the world to advance upon the Western paradise: “The nations are rising from the four corners of the earth,” Raspail has the man say, “and their number is like the sand of the sea. They will march up over the broad earth and surround the camp of the saints and the beloved city. . . .” Storming on board every ship within range, the crowds force the crews to take them on a lengthy, horrific voyage, around Africa and through the Strait of Gibraltar to the southern shores of France. 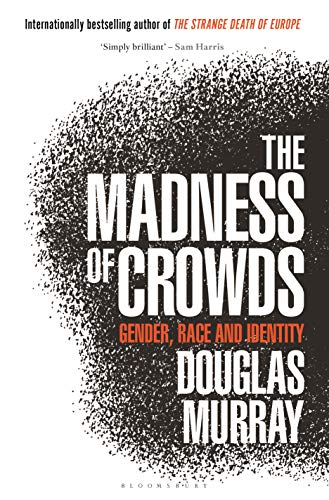 But it is not the huddled mass of Indians, with their “fleshless Gandhi-arms,” that is the focus of Raspail’s attention so much as the varied responses of the French and the other privileged members of “the camp of the saints” as they debate how to deal with the inexorably advancing multitude. Raspail is particularly effective here in capturing the platitudes of official announcements, the voices of ordinary people, the tone of statements by concerned bishops, and so on. The book also seems realistic in its recounting of the crumbling away of resolve by French sailors and soldiers when they are given the order to repel physically–to shoot or torpedo–this armada of helpless yet menacing people. It would be much easier, clearly, to confront a military foe, such as a Warsaw Pact nation. The fifty-one (short) chapters are skillfully arranged so that the reader’s attention is switched back and forth, within a two-month time frame, between the anxious debates in Paris and events attending the slow and grisly voyage of the Calcutta masses. The denouement, with the French population fleeing their southern regions and army units deserting in droves, is especially dramatic.

The Voyage of the Golden Venture

Why revisit this controversial and nowadays hard-to-obtain novel? The recovery of this neglected work helps us to call attention to the key global problem of the final years of the twentieth century: unbalanced wealth and resources, unbalanced demographic trends, and the relationship between the two. Many members of the more prosperous economies are beginning to agree with Raspail’s vision: a world of two “camps,” North and South, separate and unequal, in which the rich will have to fight and the poor will have to die if mass migration is not to overwhelm us all. Migration is the third part of the problem. If we do not act now to counteract tendencies toward global apartheid, they will only hurry the day when we may indeed see Raspail’s vision made real.

One of us (Kennedy) first heard The Camp of the Saints referred to at various times during discussions of illegal migration. One such occasion was in the summer of 1991, following media reports about the thousands of desperate Albanians who commandeered ships to take them to the Italian ports of Bari and Brindisi, where they were locked in soccer stadiums by the local police before being forcibly returned to a homeland so poor that it is one of the few parts of Europe sometimes categorized as “developing” countries. Apparently, one reason for this exodus was that the Albanians had been watching Italian television–including commercials for consumer goods, cat food shown being served on a silver platter, and the like. More than a few colleagues mentioned that the incident struck them as a small-scale version of Raspail’s grim scenario. …

The Doom of the White Race

Jean Raspail, born in 1925, has been writing works of travel and fiction since the 1950s. Many of his books recount his experiences in Alaska, the Caribbean, the Andes; he is not ignorant of foreign lands and cultures. Raspail won prizes from the Academie Francaise, and last year only narrowly failed to be elected to that august body. The Camp of the Saints is different from his other writings. In the preface, written a decade after the book, he states that one morning in 1972, at home by the shore of the Mediterranean, he had this vision: “A million poor wretches, armed only with their weakness and their numbers, overwhelmed by misery, encumbered with starving brown and black children, ready to disembark on our soil, the vanguard of the multitudes pressing hard against every part of the tired and overfed West. I literally saw them, saw the major problem they presented, a problem absolutely insoluble by our present moral standards. To let them in would destroy us. To reject them would destroy them.”

“During the ten months I spent writing this book, the vision never left me. That is why The Camp of the Saints, with all its imperfections, was a kind of emotional outpouring.”

Is this simply a work of imagination or, as Raspail’s critics charge, a racist tract dressed up as fiction? In some parts of the novel Raspail appears to be resigned, fatalistic, not taking sides: “The Good are at war with the Bad, true enough,” he says at one point. “But one man’s ‘Bad’ is another man’s ‘Good,’ and vice versa. It’s a question of sides.” And he has the President of France, puzzling over the question of inequality among races, attribute to the Grand Mufti of Paris the idea that it is “just a question of rotation,” with “different ones on top at different times”–as if to imply that it is quite natural for Europe, having expanded outward for the past 500 years, to be overwhelmed in turn by non-Western peoples. …

The message is clear: race, not class or ideology, determines everything, and the wretched of the earth will see no distinction between unfriendly, fascistic Frenchmen on the one hand and liberal-minded bishops and yuppies on the other. All have enjoyed too large a share of the world’s wealth for too long, and their common fate is now at hand.

It is not just the people of France who suffer that fate. Near the end of Raspail’s novel the mayor of New York is made to share Gracie Mansion with three families from Harlem, the Queen of England must marry her son to a Pakistani, and just one drunken Russian general stands in the way of the Chinese as they swarm into Siberia. “In the Philippines, in all the stifling Third World ports–Jakarta, Karachi, Conakry, and again in Calcutta–other huge armadas were ready to weigh anchor, bound for Australia, New Zealand, Europe. . . . Many a civilization, victim of the selfsame fate, sits tucked in our museums, under glass, neatly labeled.”

To describe The Camp of the Saints as an apocalyptic novel would be a truism. The very title of the book comes, of course, from Saint John’s Apocalypse, the lines of which are uttered almost exactly by the messianic untouchable early on in the book. The work is studded with references to much earlier clashes between “the West” and “the Rest”: to Charles Martel, to the fall of Constantinople, to Don John of Austria, to Kitchener at Omdurman–all to fortify the suggestion that what is unfolding is just part of a millennium-old international Kulturkampf that is always resolved by power and numbers. When Europe dominated the globe, the Caucasian race’s relative share of world population achieved its high point; as the proportion shrinks, Raspail argues, so the race dooms itself. In his 1982 preface he spells it out again: “Our hypersensitive and totally blind West . . . has not yet understood that whites, in a world become too small for its inhabitants, are now a minority and that the proliferation of other races dooms our race, my race, irretrievably to extinction in the century to come, if 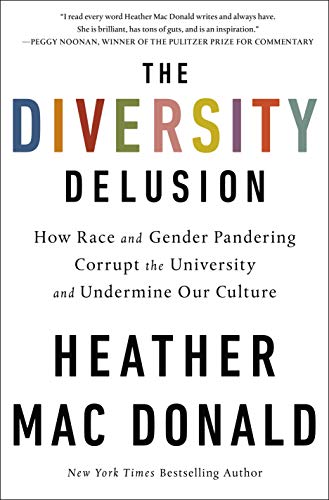 we hold fast to our present moral principles.”

“Not Since Genghis Khan”

When The Camp of the Saints first appeared, in 1973, it was, to put it mildly, not well received. Sixties radicalism still prevailed in Paris; a century of capitalist imperialism was blamed for the problems of the Third World, though the feeling was that Africans and Asians now at least had control of their own destinies; and French intellectuals and bureaucrats believed that they had a special rapport with non-European cultures, unlike the insensitive Anglo-Saxons. Besides being shocking in its contents, Raspail’s book was also offensive: it insulted almost everything that Sorbonne professors held dear. The Camp was swiftly dismissed as a racist tract. As for Raspail, he went off to write other novels and travel books. But in late 1985 he offended again, by joining forces with the demographer Gerard Dumont to write an article in Le Figaro Magazine claiming that the fast-growing non-European immigrant component of France’s population would endanger the survival of traditional French culture, values, and identity. By this time the immigration issue had become much more contentious in French politics, and only a year earlier Jacques Chirac, then the mayor of Paris, had publicly warned, “When you compare Europe with the other continents, it’s terrifying. In demographic terms, Europe is disappearing. Twenty or so years from now our countries will be empty, and no matter what our technological power, we shall be incapable of putting it to use.” The Raspail-Dumont article was highly embarrassing to the French Socialist government, which, though pledged to crack down on illegal immigrants, was deeply disturbed by the potential political fallout from such a controversial piece. No fewer than three Cabinet Ministers, including Prime Minister Laurent Fabius, attacked it as “racist propaganda” and “reminiscent of the wildest Nazi theories.”

My Philosophical EvolutionWhy Take Away Sports?