How the Soldier’s Revolt Ended the Vietnam War

Our army that now remains in Vietnam is in a state approaching collapse, with individual units avoiding or having refused combat, murdering their officers and noncommissioned officers, drug-ridden, and dispirited where not near-mutinous. Conditions among American forces in Vietnam that have only been exceeded in this century by…the collapse of the Tsarist armies in 1916 and 1917.

THE MOST neglected aspect of the Vietnam War is the soldiers’ revolt–the mass upheaval from below that unraveled the American army. It is a great reality check in an era when the U.S. touts itself as an invincible nation. For this reason, the soldiers’ revolt has been written out of official history. Yet it was a crucial part of the massive antiwar movement whose activity helped the Vietnamese people in their struggle to free Vietnam–described once by President Johnson as a “raggedy-ass little fourth-rate country”–from U.S. domination. The legacy of the soldiers’ revolt and the U.S. defeat in Vietnam–despite more recent U.S. victories over Iraq and Serbia–casts a pall on the Pentagon. They still fear the political backlash that might come if U.S. ground forces sustain heavy casualties in a future war. 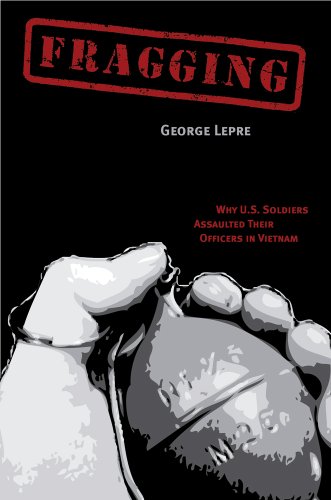 The army revolt was a class struggle that pitted working-class soldiers against officers who viewed them as expendable. The fashionable attempt to revise Vietnam War history, to airbrush its horrors, to create a climate supportive of future military interventions, cannot acknowledge that American soldiers violently opposed that war, or that American capitalism casually tolerated the massacre of working-class troops. Liberal academics have added to the historical distortion by reducing the radicalism of the 1960s to middle-class concerns and activities, while ignoring working-class rebellion. But the militancy of the 1960s began with the Black working class as the motor force of the Black liberation struggle, and it reached its climax with the unity of white and Black working-class soldiers whose upsurge shook U.S. imperialism.

In Vietnam, the rebellion did not take the same form as the mass stateside GI antiwar movement, which consisted of protests, marches, demonstrations and underground newspapers. In Vietnam, the aim of the soldiers was more modest, but also more subversive: survival, to “CYA” (cover your ass), to protect “the only body you have” by fighting the military’s attempt to continue the war. The survival conflict became a war within the war that ripped the armed forces apart. In 1965, the Green Machine was the best army the U.S. ever put into the field; a few years later, it was useless as a fighting force.

“Survival politics,” as it was then called, expressed itself through the destruction of the search-and-destroy strategy, through mutinies, through the killing of officers, and through fraternization and making peace from below with the National Liberation Front (NLF). It was highly effective in destroying everything that military hierarchy and discipline stand for. It was the proudest moment in the U.S. army’s history.

Like most of the revolutionary traditions of the American working class, the soldiers’ revolt has been hidden from history. The aim of this essay is to reclaim the record of that struggle.

The Vietnamese lack the ability to conduct a war by themselves or govern themselves. 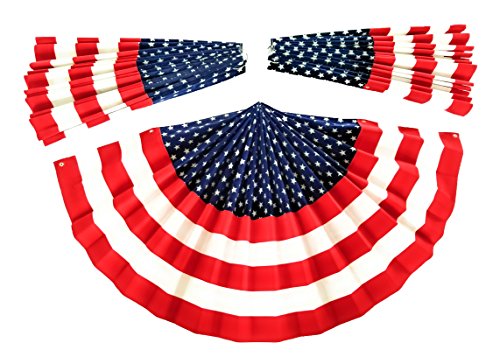 From 1964 to 1973, from the Gulf of Tonkin resolution to the final withdrawal of U.S. troops from Vietnam, 27 million men came of draft age. A majority of them were not drafted due to college, professional, medical or National Guard deferments. Only 40 percent were drafted and saw military service. A small minority, 2.5 million men (about 10 percent of those eligible for the draft), were sent to Vietnam.3

This small minority was almost entirely working-class or rural youth. Their average age was 19. Eighty-five percent of the troops were enlisted men; 15 percent were officers. The enlisted men were drawn from the 80 percent of the armed forces with a high school education or less. At this time, college education was universal in the middle class and making strong inroads in the better-off sections of the working class. Yet, in 1965 and 1966, college graduates were only 2 percent of the hundreds of thousands of draftees.4

In the elite colleges, the class discrepancy was even more glaring. The upper class did none of the fighting. Of the 1,200 Harvard graduates in 1970, only 2 went to Vietnam, while working-class high schools routinely sent 20 percent, 30 percent of their graduates and more to Vietnam.5

College students who were not made officers were usually assigned to noncombat support and service units. High school dropouts were three times more likely to be sent to combat units that did the fighting and took the casualties. Combat infantry soldiers, “the grunts,” were entirely working class. They included a disproportionate number of Black working-class troops. Blacks, who formed 12 percent of the troops, were often 25 percent or more of the combat units.6

When college deferments expired, joining the National Guard was a favorite way to get out of serving in Vietnam. During the war, 80 percent of the Guard’s members described themselves as joining to avoid the draft. You needed connections to get in–which was no problem for Dan Quayle, George W. Bush and other ruling-class draft evaders. In 1968, the Guard had a waiting list of more than 100,000. It had triple the percentage of college graduates that the army did. Blacks made up less than 1.5 percent of the National Guard. In Mississippi, Blacks were 42 percent of the population, but only one Black man served in a Guard of more than 10,000.7 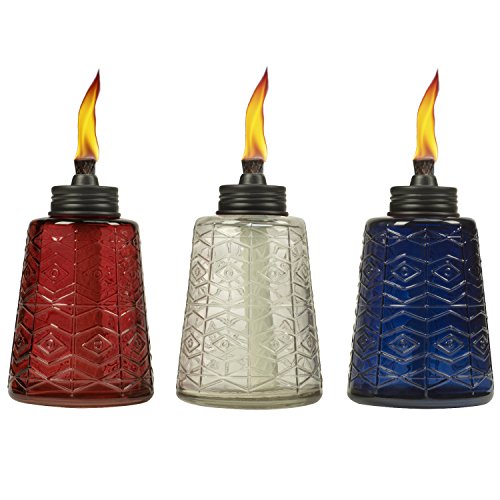 In 1965, the troops came from a working class that had moved in a conservative direction during the Cold War, due to the long postwar boom and McCarthyite repression. Yet, in the five years before the war, the civil rights movement had shaped Black political views. The troops had more class and trade-union consciousness than exists today. The stateside Movement for a Democratic Military, organized by former members of the Black Panther Party, had as the first points of its program, “We demand the right to collective bargaining,” and “We demand wages equal to the federal minimum wage.”8 When the Defense Department attempted to break a farm workers’ strike by increasing orders for scab lettuce, soldiers boycotted mess halls, picketed and plastered bases with stickers proclaiming “Lifers Eat Lettuce.”9 When the army used troops to break the national postal wildcat strike in 1970, Vietnam GI called out, “To hell with breaking strikes, let’s break the government.”10

Shortly after the war began, radicalism started to get a hearing among young workers. As the Black liberation struggle moved northward from 1965 to 1968, 200 cities had ghetto uprisings–spreading revolutionary consciousness among young, working-class Blacks. In the factories, those same years saw a strong upturn in working-class militancy, with days lost to strikes and wildcats doubling.11 Left-wing ideas from the student movement were reaching working-class youth through the antiwar movement. In 1967 and 1968, many of the troops had been radicalized before their entry into the army. Still others were radicalized prior to being shipped to Vietnam by the GI antiwar movement on stateside bases. Radicalizing soldiers soon came up against the harsh reality that the officers viewed working-class troops as expendable.

Let the military run the show.

The officer corps was drawn from the 7 percent of troops who were college graduates, or the 13 percent who had one to three years of college. College was to officer as high school was to enlisted man. The officer corps was middle class in composition and managerial in outlook. Ruling-class military families were heavily represented in its higher ranks.13

After the end of the Korean War in 1953, there was no opportunity for combat commands. As the old army song goes, “There’s no promotion/this side of the ocean.” In 1960, it took an excruciating 33 years to move from second lieutenant to colonel. Many of the “lifers,” professional officers and noncommissioned officers (NCOs), welcomed the Vietnam War as the opportunity to reinvigorate their careers. They were not disappointed. By 1970, the agonizing wait to move up the career ladder from second lieutenant to colonel had been reduced to 13 years.15 Over 99 percent of second lieutenants became first lieutenants, 95 percent of first lieutenants were promoted to captain, 93 percent of qualified captains became majors, 77 percent of qualified majors became lieutenant colonels and half of the lieutenant colonels became colonels.16

The surest road to military advancement is a combat command. But there were too many active duty officers of high rank, which produced intense competition for combat commands. There were 2,500 lieutenant colonels jostling for command of only 100 to 130 battalions; 6,000 colonels, 2,000 of whom were in serious competition for 75 brigade commands; and 200 major generals competing for the 13 division commands in the army.17

General Westmoreland, the commander of the armed forces in Vietnam, accommodated the officers by creating excessive support units and rapidly rotating combat command. In Vietnam, support and service units grew to an incredible 86 percent of military manpower. Only 14 percent of the troops were actually assigned to combat. Extravagant support services were the basis for the military bureaucracy. The armed forces created “numerous logistical commands, each to be headed by a general or two who would have to have high-ranking staffs to aid each of them.” Thus it became possible for 64 army generals to serve simultaneously in Vietnam, with the requisite compliment of colonels, majors etc.18

These superfluous support officers lived far removed from danger, lounging in rear base camps in luxurious conditions. A few miles away, combat soldiers were experiencing a nightmarish hell. The contrast was too great to allow for confidence–in both the officers and the war–to survive unscathed. 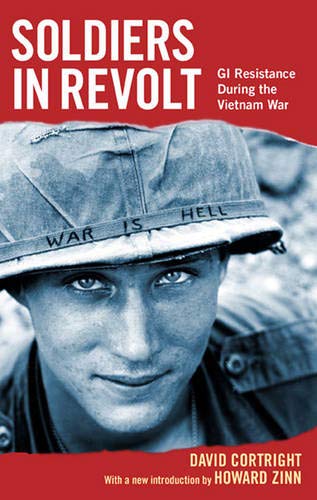 Westmoreland’s solution to the competition for combat command poured gasoline on the fire. He ordered a one-year tour of duty for enlisted men in Vietnam, but only six months for officers.The combat troops hated the class discrimination that put them at twice the risk of their commanders. They grew contemptuous of the officers, whom they saw as raw and dangerously inexperienced in battle.

Even a majority of officers considered Westmoreland’s tour inequality as unethical. Yet they were forced to use short tours to prove themselves for promotion. They were put in situations in which their whole careers depended on what they could accomplish in a brief period, even if it meant taking shortcuts and risks at the expense of the safety of their men–a temptation many could not resist.

The outer limit of six-month commands was often shortened due to promotion, relief, injury or other reasons. The outcome was “revolving-door” commands. As an enlisted man recalled, “During my year in-country I had five second-lieutenant platoon leaders and four company commanders. One CO was pretty good…All the rest were stupid.”19

Aggravating this was the contradiction that guaranteed opposition between officers and men in combat. Officer promotions depended on quotas of enemy dead from search-and-destroy missions. Battalion commanders who did not furnish immediate high body counts were threatened with replacement. This was no idle threat–battalion commanders had a 30 to 50 percent chance of being relieved of command. But search-and-destroy missions produced enormous casualties for the infantry soldiers. Officers corrupted by career ambitions would cynically ignore this and draw on the never-ending supply of replacements from the monthly draft quota.20

The Crisis Goes Up a Gear Gene Drive Technology: What Species Should We Make Extinct Today?