International Man: Recently, massive riots have broken out in many cities across the US.

Despite the unrest—and the economic damage from the shutdowns—the stock market continues to rally.

It seems that markets don’t reflect earnings, economic prosperity, or growth. What is going on here?

David Stockman: It’s quite simple. The Fed has unleashed the greatest torrent of liquidity ever, and it’s finding its way into a relentless, massive bid for risk assets.

Since the eve of the Lockdown Nation disaster on March 11, the Fed’s balance sheet has erupted from $4.3 trillion to nearly $7.2 trillion. That’s $32 billion per day—including weekends, Easter, and nationwide riot days. 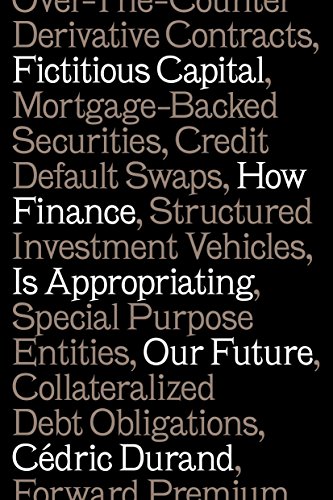 Worse still, at their June meeting, the mad money printers domiciled in the Eccles Building promised to keep printing $120 billion per month to buy US Treasuries and other assets for an indefinite period. That should get us to a $10 trillion balance in less than two years’ time.

What this means, of course, is that honest price discovery in the canyons of Wall Street is deader than a doornail. We now have a putative capitalist economy in which the most important prices in all of capitalism—the prices of financial assets—are pegged, rigged, and manipulated by the central banking agents of the state.

The result, of course, is speculation and malinvestment on a biblical scale.

As to the former, we are now being treated to the preposterous spectacle of an IBO—or Initial Bankruptcy Offer—of the stock of bankrupt Hertz.

Hertz’s stock is worthless. It’s pinned under a pile of $20 billion of debt—senior debt securities, which are trading at 40 cents on the dollar—and a vastly overvalued fleet of vehicles.

All this is in a world in which airline and business travel has been crushed by more than 80% from trends and won’t be coming back any time soon—so long as Dr. Fauci and the Virus Patrol are stalking the land.

Yet the unhinged millennials—who idle their ample time and de minimis money on the Robinhood trading platform—have bid up Hertz’s post-chapter 11 stock price by more than 10X, thereby inducing a mainstream investment banking firm to propose underwriting a $1 billion stock offering in lieu of a debtor-in-possession (DIP) loan!

Never before has it been this crazy.

And, yet, the empty suit who sits in the top chair at the Fed keeps insisting this is all being done for Main Street and the workers, and as Powell said in his June presser, the Fed has no asset price target in mind at all; it just wants to keep financial markets functioning smoothly.

What hay wagon does this doofus think we fell off from?

Whether they intend it or not, their massive infusions of liquidity into the financial markets and relentless bid for financial assets funded with fiat credits has redounded to the top 1% and 10% who own 53% and 88% of equities, respectively, and it’s setting up the financial system for the third—and most spectacular—crash of this century, which, in turn, will wipe out what remains of middle-class wealth.

International Man: Over 40 million Americans are unemployed. Many small and medium-sized businesses will never reopen. Many must survive not only an extended lockdown but also the most severe riots in decades.

How are the riots and shutdown going to affect Main Street? 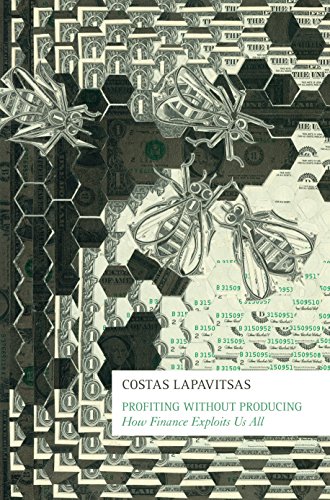 David Stockman: It’s a devastating combo and originates in the most senseless, destructive act of the state in modern times—if ever.

We are referring to the sweeping quarantine and lockdown orders that caused instant economic heart attacks in vast sectors of the US economy after mid-March.

There is no precedent in history for activity levels in huge industries like airline travel to plunge by more than 95% virtually overnight, or the restaurant sector, where Open Table reservations dropped by 80% versus prior year in a matter of days.

Not surprisingly, there have been nearly 50 million unemployment claims (counting the new federal benefit) in just 11 weeks—a figure which amounts to nearly 32% of the 158 million employed Americans as of February 2020.

Indeed, not even the bubble-blowing, crack-up boom antics of the Fed have ever created the kind of depressionary collapse now underway.

Yet its propagators—Dr. Fauci and the Virus Patrol at the CDC, NIAID, WHO, Big Pharma and the Bill Gates camarilla of foundations, think tanks, NGOs, and vaccine lobbies—have been peddling a Big Lie from day one.

Namely, that COVID-19 is the modern equivalent of the Black Plague and spreads its deathly pathogens on a random basis to all segments of the population—the young, the old, the healthy, the sick, and all variations in between—with equal alacrity.

That’s not even remotely true.

That is, all the schools, bars, gyms, restaurants, movie theaters where they congregate were shut down by orders of the governors and mayors, but it would take a million of these young people to generate just one death attributable to the COVID.

And we emphasize the with COVID part because the CDC changed its coding criteria at the beginning of the pandemic, and now they are coding as “COVID deaths” virtually everyone who dies in a hospital—even cases where someone arrives DOA at the emergency room after a traffic accident and tests positive for the coronavirus on a post-mortem basis.

By contrast, there are 6.5 million Americans with an age of 85 or over—representing 2% of the population—but they accounted for 33% of the CDC reported deaths of May 30, and that represented a mortality rate of 450 per 100,000.

So, the risk of death with COVID for what we call the Great Grandparents Nation is 3,750 times greater than for America’s School Age Nation. 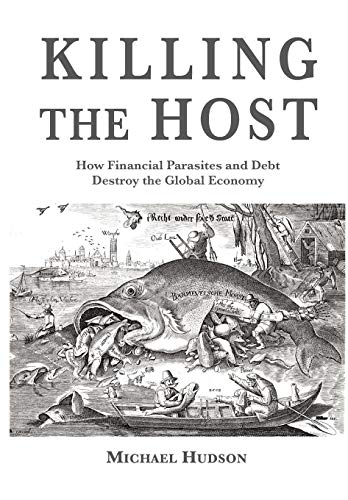 Yet the mass quarantine orders amount to a one-size-fits-all attack on everyday economic and social life when the obvious thing to do was to keep the schools open and isolate, protect, support, and treat the grandparents and great grandparents.

In fact, if you take the entire population of 52 million persons 65 years and older, they account for fully 81% of all COVID deaths—with upwards of 50% of these fatalities attributable to residents of nursing homes and other long-term care facilities. As a matter of reality, residents of the latter do not frequent bars, gyms, movie theaters, offices, bus stations, and factories, essential, nonessential, and otherwise.

The general population never should have been quarantined.

Even among the core of what we call the Parents and Workers Nation, the 83 million people between 35 and 54 years of age, the with COVID mortality rate is just 7.0 per 100,000. That is, for this group, the risk of death from contracting the coronavirus is not much higher than what is incurred in commuting to work and back, day in and day out.

In short, the whole Lockdown Nation fiasco was a mutant exercise in social engineering that will leave Main Street battered and bruised for years to come—long after the coronavirus completes its infection cycle and succumbs to the summertime sun in most parts of the nation.

And that gets us to the George Floyd uprising, which was overwhelmingly comprised of under-35-somethings breaking out of house arrest and mad as hell about their now dramatically reduced prospects in life—which weren’t all that compelling in the first place.

Just consider that the overwhelming share of leisure and hospitality industry workers are in the under-35 age cohort. Yet the 17 million jobs reported by the BLS in this sector as of February had plunged to hardly 8 million by the end of April.

Even worse, average hours declined, too, so what we had at the end of April was an industry which had shrunk back to October 1979 levels in terms of labor hours actually deployed and paychecks issued.

So, the authorities sowed the wind and reaped the whirlwind, but on such a gigantic scale as to make the future fraught like never before.

There are 80 million persons aged 16–34 in the US, and during the long, hot summer ahead, an overwhelming share of them will be unemployed. It doesn’t take too much imagination to see that the current, so-called social justice uprising is just developing an explosive head of steam.

International Man: During the COVID lockdown, Trump and Democratic governors were at odds. We saw a similar dynamic occur with the recent riots.

How do you see this impacting the presidential election?

David Stockman: It will just exacerbate the red/blue divide like never before. 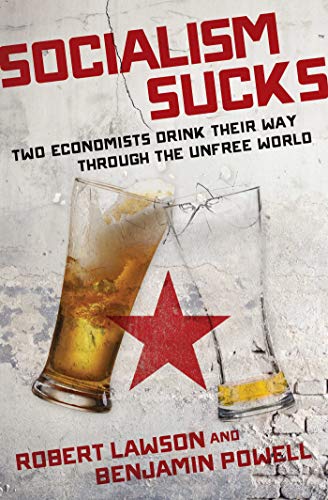 Trump will posture as the nation’s super sheriff and the Dems as the champions of a cavalcade of victims—some real, though mostly politically invented—who deserve help from the heavy hand of the state.

In other words, the upcoming campaign will be a contest between the Trumpian law-and-order form of big government and the liberal-progressive-socialist version of the leviathan state. And what’s going to get crushed by the clash is the Constitution, fiscal solvency, Federalism, free enterprise, and personal liberty.

The fact is, neither party’s agenda has any legitimate place in the halls of government. The identity politics and racialist agenda of the Dems is simply a brazen abuse of the democratic process for the purpose of winning and retaining the perks, pelfs, and powers of public office.

But the Donald’s law-and-order demagoguery is just as bad.

The solution to mismanaged riots in the blue state cities and juvenile stunts like the six-block Autonomous Zone in Seattle is Federalism. That is, law enforcement is a state and local function that should never have been elevated to the federal level in the first place.

There is no reason whatsoever that legitimate law enforcement—protection of the lives and property of the citizenry—cannot be handled by the 17,000 law enforcement agencies operative at the state and local level.

And if they are not doing the job, well, that is the purpose of elections to remedy—not some Bully Boy tweeting from the Oval Office.

And if elections chronically fail in their purpose in certain deep Blue State jurisdictions, there is a solution to that, too, which does not require sending in the Feds from Washington. To wit, people and businesses will vote with their feet, and eventually, even the likes of Governor Cuomo and Bill De Blasio would get the message.