The Evil of Militarism

The evil of militarism is that it shows most men to be tame and timid and excessively peaceable.

I think we see this at the sporting events and parades, when the crowd roars its approval for the military fly-by, the color guard, the hero who just returned from combat.  The crowd roars because they are happy that they didn’t have to go.  “Let’s you and him have a fight.” 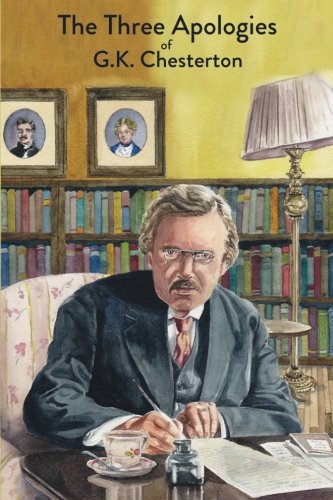 Vietnam helped bring on the tremendous malaise of the 1970s, with high unemployment and high price inflation.  And the four years of Jimmy Carter, who – to my recollection – might have been the only president since Herbert Hoover to avoid initiating or extending any major military conflict.

It was with Reagan and the boom years that militarism again came to the fore.  The people once again grew luxurious and the military once again became “courageous.”  A chicken and egg thing, maybe – or just one hand washing the other.

We see this with Donald Trump.  He has surrounded himself, from the beginning, with military men in top cabinet positions – perhaps more than any other previous president.

We certainly see in the United States a totally militarist nation – completely militarist and completely devoid of bravery.  Chesterton describes this as decadence.  But this inverse relationship, according to Chesterton, is as it must be:

There was far more courage to the square mile in the Middle Ages, when no king had a standing army, but every man had a bow or sword.

The militarism is reflected in one very important way in the people: obedience.  Everything in society is militarized as everything depends on obedience.  I will come back to this, but allow me a brief detour.

When one first enters the military, he must first get through boot camp.  The purpose of boot camp is to change the inductee from what he was to what he must be: obedient, always and everywhere.

I will rape your personality

Pummel you with my own philosophy

Strip you of your self-integrity

To make you all just a bit like me

What form of boot camp has society gone through to arrive at our current state?  Remember the glorious years – pre 2020 – when we laughingly referred to the broader population merely as sheeple?  Did you ever expect that vibrant businesses would willingly shutdown on a governor’s or mayor’s whim, churches would voluntarily close their doors for months – including for Easter Sunday (the only reason that Christianity even exists)?

Once Christianity was removed from society, man’s clay was available to be molded by another.  We saw that molding really take form with the dawn of the Progressive Era, but it strikes me that it fully gained steam after World War Two, with the creation of the permanent military and the birth and expansion of the spy state in all its forms and with all of its manipulations.

Returning to the totally militarized society that is at the same time completely devoid of bravery.  We see this inverse relationship today.  The crowds cheer the military at every occasion – even on Sunday morning in church (well, whenever these open again).  Yet the same crowds are too feeble to take any action or even merely speak any truth when it comes to the rapid decay of the society around them.

That decay was seen in the metaphysical in Chesterton’s time, yet he clearly saw it.  Today, the decay is seen in the physical: suicides, opioids, divorce, out-of-wedlock births, abortion, the obvious evil praised in celebrities and government leaders, and the physical and emotional destruction of large swaths of the country – epitomized, perhaps, by CHAZ / CHOP.

Chesterton would write about it.  Today? Silence.