As I discussed in a recent post I wrote for LewRockwell.com, YouTube is increasingly censoring or terminating content creators, and for some of my prior writing where YouTube content was removed, I provided embed codes to an alternative platform that hosted those banned videos. For instance, in my piece “Bolton’s Blunder” for some reason the video on YouTube that Organic Prepper Daisy Luther provided, “Seven Signs of An Empire in Decline” was removed; the alternative I found was superior to the original. In addition, I provided an embed code to Lew Rockwell of a video of two physicians challenging the COVID-19 narrative that had a huge amount of views on YouTube that was removed but it has been retained on a competitive platform that is growing yet as of now has only a fraction of the viewership of YouTube; that platform is BitChute. 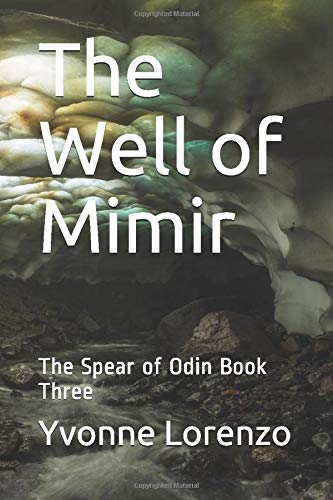 While I’m sure that since it is based on providing a free speech platform evidently with little restriction and has content that will be viewed as offensive, nevertheless many popular, rational, and respected content providers who still have channels on YouTube use Bitchute as a backup platform because of YouTube’s totalitarian censorship practices. Based on my own personal preferences, I follow content that has been banned or censored on YouTube and due to Google’s profiling and integration with various governments (see here and here), I now prefer watching content on BitChute. I’ve followed on YouTube the work of Dave Cullen, an Irish Catholic, who covers many topics. He discussed the importance of BitChute in the following video that provided to me the astonishing information that essentially BitChute, which is competing with YouTube, actually has only two full-time employees and uses sophisticated blockchain based technology; the video is entitled “Bitchute Needs Our Help” and it was posted on December 2019 to the platform:

In addition, he has posted this video “YouTube’s Algorithmic Throttling of Channels” that goes into technical details of YouTube’s nefarious conduct:

As a Christian, I hope for the words of Saint Paul to echo within us, to guide and assist us: “There is neither Jew nor Greek, there is neither slave nor free, there is neither male nor female; for you are all one in Christ Jesus;” if understood and practiced, surely there wouldn’t be war waged by one race against another, one sex another, and various divisions. However, realizing we are living in what perhaps has been accurately described as a post-Christian age, I understand the perspective of the banned YouTube channel Red Ice that often criticizes anti-white dogma promulgated by Social Justice Warriors, Cultural Marxists and the like. This video, “Why I Support Free Speech” discusses from a secular perspective the importance of free speech—by all sides, including the opponents of liberty.

Less controversial channels like The Corbett Report are also on BitChute; their most recent video is “Meet Bill Gates” and I suspect that YouTube might terminate or at least limit viewership of the channel by its algorithmic manipulations.

Cullen posted this video that is exclusive to Bitchute and worthy of consideration, “The Emerging Prison Planet”:

This video, “Shut Up and Obey” is interesting to me in the early minutes (since the creator supports the establishment narrative on COVID-19) in detailing YouTube’s now requiring content providers to perform “self-censorship” which is as Orwellian as it sounds when you view the details.

As far as I know, The Ron Paul Liberty Report hasn’t been banned by YouTube—yet. But his recent “The Corona Virus Hoax” has been re-posted by a Bitchute user. And Dr. Mercola is not on YouTube but he’s on Bitchute via this link.

This video, “BANNED BY YOUTUBE: “Global Persecution of Christians: Disturbing Trends” is worth viewing, although I haven’t researched the accuracy of the report, the “2020 World Watch List.”

And this short video, “Bill Gates is One of the Greatest Philanthropists this World has Ever Seen” is worth viewing to see one of the brain washed slaves of the oligarchy and shake your head in disbelief. (What credibility does an alleged software designer decades ago, Bill Gates, really have to speak on vaccines and viruses other than his wealth, as if that grants credibility? If I recall, his Windows operating system was and is especially vulnerable to malware.)

I hope I’ve made my point; let’s not just pay lip service to the hope of free speech and the free market while still mindlessly supporting and visiting YouTube. As Red Ice noted, suppressing free speech will backfire in time; YouTube’s dominance won’t last forever. There’s a good chance that a channel or video that you support, which has either been “demonitized” or removed from YouTube has made the transition to Bitchute. The Website Easy Counter shows that while nowhere near the popularity of YouTube, Bitchute’s page views are growing. If you are able to support Bitchute with a donation, this link provides more information (note that PayPal banned BitChute and also the site is not on Patreon, which to me is telling) and single time credit card donations are accepted here on Subcribestar. However, the best hope, I believe, for liberty and for the free market is to support the site by viewing content creators whom you trust on Bitchute and leave YouTube for what it does best: cat videos, if you must. Then again, it’s possible some dog loving Social Justice Warrior will find an excuse to get YouTube to remove and censor cat videos too for yet another insane, hateful reason.

The Dollars and Deaths of COVID-19The Delusion Called Fauci