How Did The Greatest Country In The World Get To This Point?

Brace yourself for what I have to reveal to you.  The U.S. has been wearing a mask for a long time.  What you will learn in this report is something politicians and the news media withheld from the public for decades.  Government leaders were hiding the fact they were buying your vote with borrowed money.

Don’t get caught up in the current political or COVID-19 theatre.  The lady microbiologist who once worked in a government virology laboratory for Dr. Anthony Fauci and has a tell-all book about vaccines, brave as she is, is just a distraction.  To drag out an old Clinton-era catchphrase: “It’s the economy stupid!”

The hidden agenda is to hide a collapsed economy behind the fear of a lethal virus.  The failed economy and unprecedented unemployment are not due to the virus.  Economist John Williams at ShadowStats.com has been reporting a hidden 20% unemployment rate for the past few years now.  Mr. Trump’s MAGA was just putting a positive face on all this hoping to keep Americans’ spirits up.  This financial implosion has been a long time coming.  It remained hidden for so long its eventual disclosure had to be a planned event.

Ever wonder why the US is illogically battling a virus that kills fewer people than TB?

Want to know why 1300 major corporate US CEOs took their payouts last year and resigned?

Why does America have a man with Alzheimer’s running for President?

Why do our leaders tolerate Dr. Anthony Fauci putting American shop and restaurant owners out of business when neither they or any of their customers are at significant risk for COVID-19 coronavirus killing them, ever?  Do we lockdown the population because some people die of the flu?

America is now living with many contradictions.

The greatest country in the history of the world

Aren’t we the greatest country in human history?  Don’t we have the highest gross domestic product (GDP) of any country by a wide margin?  Actually, a declining GDP is yet another fact hidden from the public’s view.

There has to be something government isn’t telling us.  Yes, and it actually hasn’t been telling us for a few decades.

I have to soften the answers to these questions here because it is too harsh a reality.  It’s because the contrived fear of death from the virus is being used to distract Americans from a more dire reality — 30 million jobs have been lost due to the plundering of the American economy by the financial classes and politicians.  Americans have been extended credit until there is no way to ever pay it back.  For years now the U.S. has had 20% unemployment, but the Bureau of Labor Standards kept that hidden.

Authorities are covertly attempting to keep 30 million unemployed Americans indoors and off the streets for good reason.  When they find out they have lost their jobs for good, the masses may think of lighting matches in protest.  The issuance of $1200 checks and payments to keep workers employed is just a temporary appeasement.

All wealth has been destroyed.  National guard troops have been at the ready to occupy financially distressed cities to maintain order, not maintain social distancing in municipalities with the highest COVID-19 deaths or infections.

The success of our overlords now is how long they can keep this hidden under the rug?  Otherwise, possible insurrection.  Keep the masses indoors.  That way, public protest won’t erupt into riots.

The threat of forced vaccination now grips millions.  Some fear the vaccine more than the virus.  Who knows how many suicides will occur among those who will refuse to submit to vaccination?  Americans are now forced to be compliant, or else.

Yes, the virus is real.  The number of deaths is phony.  And the economy has imploded (years ago, frankly).

To the point of demise

Yes, Americans are dying.  The Blacks are being culled off first, then the aged in nursing homes.  The virus is selectively killing off whomever is costing the government the most money.

Health care will have to be almost completely replaced by self-care.  Entertainment will be comprised of playing table games like Monopoly and piecing together puzzles, like locked-down Americans are now doing.  Business air travel and vacation travel are over.  Zoom and Skype will replace business travel.  This is the new reality.  About a 50% decline in our standard of living.  I’m sorry I had to tell you.

You don’t see that that money-man, real estate developer, master negotiator Donald Trump has been brought in to do the dirty work?  Would you like to be running the country when 30 million Americans aren’t paying their taxes because they don’t have jobs?

How do you balance the US budget?  You don’t, you just order the US Treasury Department to print money and for the Federal Reserve to distribute near-free dollars to the financial classes.  But what about the guy who just lost his job and can’t pay his mortgage?  The mortgage banks just got paid.  Why weren’t mortgage balances written down?

Government has been America’s false god for too long

The two political parties are rust.  Congress is feckless in heated deadlocks.  There is only one man to face up to these realities –  Donald Trump.  And the nation’s news press wants to force him to resign or be impeached, or lose the election.  The US is a rudderless country without him.  I’m not an apologist for Trump.  It’s just who do you have as an alternative?

Maybe somebody who has a heart for the poor?  AOC (Congresswoman Alexandria Ocasio-Cortez)?  You don’t still want Hillary back, do you?  Michelle Obama as Commander and Chief?  She wouldn’t even know how to read a company financial report.

America is ~$16 trillion in debt?  How about Oprah, she’s got a lot of money.  And America would have her first woman President. There are a lot of Americans who are completely misled.

Would any Presidential candidate have any idea how to avert Medicare becoming insolvent, an event that looms ahead? (Scheduled to go bust in 2026, but now that no FICA deductions are coming from 30 million unemployed workers, that date has to be moved up.)  To make things worse, COVID-19 is costing billions.

How about the return of Barack?  Then the only people left who can afford healthcare would be those on Obamacare!

See if you can swallow this (chart below).  Government feels no pain.  The federal government expands by virtue of everything else in contraction. 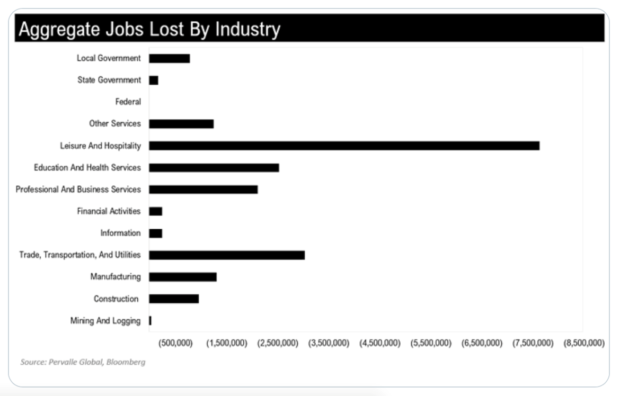 The attitude of politicians is that Americans can’t deal with economic realities.  So, politicians keep buying votes with false promises.  The country has been papering over the real GDP, unemployment, inflation, and debt numbers for a long time.  The news press has been an accomplice to this crime.

Here is some sobering language used to explain the predicament America is in:

The U.S. government’s fiscal ills have spun wildly out of control and no longer are containable within the existing system. The actual annual shortfall in U.S. government operations for this fiscal year (September 30) was $3.7 trillion. Put in perspective, that means if the U.S. Treasury had seized all wages and salaries with a 100% income tax, there still would have been a deficit! The outlook for fiscal year numbers is even worse.

Considering that the popularly reported budget deficit was $374 billion, one-tenth the number cited above, this installment on government reporting concentrates on where the incredulous $3.7 trillion number comes from, how and why the Treasury is reporting it, and why the financial press and federal politicians are ignoring it.

As brief background, the $3.7 trillion number is from government financial statements prepared using generally accepted accounting principles (GAAP), and a large portion of the expanded deficit is from the annual increase in the net present value of unfunded Social Security and Medicare obligations.

The impossibility of this circumstance working out happily is why a lame-duck Federal Reserve Chairman suddenly urged politicians in Washington to come clean on not being able to deliver promised Social Security and Medicare benefits already under obligation. He suggests, correctly, that there is no chance of economic or productivity growth resolving the matter.

Even if the Administration and Congress heeded The Federal Reserve chairman’s advice, the unfolding fiscal disaster faces one of only two very unpleasant general solutions.

Misleading accounting used by the U.S. government, both in financial and economic reporting, far exceeds the scope of corporate accounting wrongdoing that has received partial credit for recent stock market turbulence. The bad boys of Corporate America, though, still were subject to significant regulatory oversights and the application of GAAP accounting to their books. In contrast, the government’s operations and economic reporting have been subject to oversight solely by Congress, America’s only “distinctly native criminal class.”

The ignorance and/or complicity of Pollyannaish analysts on Wall Street and in the financial media-eager to discourage negative market activity-helped to keep the fiscal crisis from arousing significant concern among a dumbed-down U.S. populace. 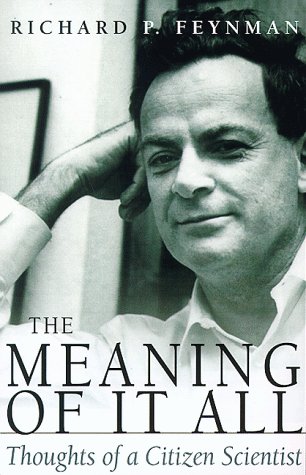 Who wrote this?  Economist John Williams in 2004! (ShadowStats.com)

Guaranteed income?  After reading this, you have to believe its advocates are totally out of touch with reality.  Ditto for Mr. Trump’s Space Force and landing astronauts on the moon.

Back away from fossil fuels in a New Green Deal?  America is going to have trouble just seeing its unemployed citizens have enough money to buy gasoline to drive to work when they find a job.  Americans are now burning roughly 2.5 million less barrels of petroleum per day during the lockdown.  No one would call this progress.

$$ Implosion: were the doomsdayers blowing smoke?

I had readers rightfully take me to task when I predicted in 2012 a day of financial collapse was a hand.  Readers wrote me to say they had bought their gold and stored some food and it never happened.  That was because it was papered-over by government and never reported by news media.  It happened and was ongoing but just not reported.

Don’t let them do that by distraction with a virus this time. The virus is a mask for a collapsed economy.

PS: The irony of this is while I was busy preparing for this day of infamy, I was blind-sided by a wife who walked out, divorced, took all the gold and cash, and my son, and had the gall to call me a wacko conspiracy theorist to the judge in the family court.  Now all those conspiracy theories have come to light.  I’ve had to spend $350,000 on legal fees just to stay out of jail over false allegations of contempt of court and dismissal of restraining orders in numerous attempts to gain meaningful visitation with my son (prisoners get more time with their kids than I presently do).  My efforts to prepare for such a financial meltdown were vanquished.  So, the lesson is, watch your backside. The most powerful enemies are those from within.

The day of reckoning has finally come.

Now see if you can dodge that vaccine needle.

Against Pandemic World Government‘Murica: From Overstretch to Collapse