Trump played footsies for the very first time with his arch-gnat nemesis Acosta during the coronovirus briefing of March 31st. The previous day’s briefing was, as typical, contentious between the two, but this one was almost a one-on-one sit-down between them. Acosta was plopped-down right in front of the podium and was allowed to ask an inordinate amount of questions, being treated more like the teacher’s pet than a belligerent brat. But the point is, right after that briefing Acosta gentle informed his fellow CNNite Anderson of his newly found affection for the president, accurately describing a new spirit that had now infected Trump himself:

“Anderson, I have to convey to you sitting in that place that near to him, I’ve never ever observed President Trump like this ….he is scared right now….This was a different Donald Trump tonight, I think he gets it.”

Trump got it alright, he got the virus; that is, infected by the panic. Yes, Trump even mentioned the shocks he received that week when an overweight elderly friend of his got the virus and reportedly went rapidly down hill and that he had seen a video (psyops much?) of his boyhood neighborhood where refrigerator semi-trailers were lined up outside the community hospital to deal with the expected overflow of corpses. Trump has experienced as well a constant brainwashing barrage of stultifying statistics by the CDC apparatchiks/doctors Fauci & Birk, et.al. Of course, we keep hope alive and pray that Trump will recover quickly for the sake of the economy and liberty (inter alia, this author recommends the highly effective, but both initially outlawed, combined remedies of hydroxychloroquine and psychomoralitics). 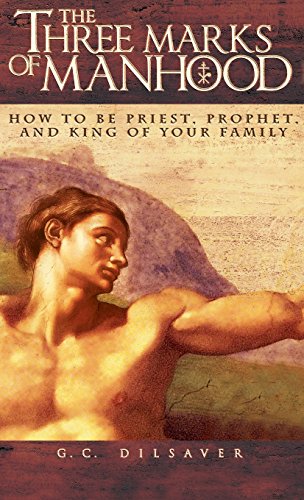 And there is indeed a glimmer of hope, for Trump is not your average politician or government bureaucrat;  he lived a life of not mere hype but one that required him to “get ‘er done!’ Skyscrapers do not rise, much less stand, due to hyperbole alone. Your average politician or government bureaucrat, on the other hand, exists in a world of smoke and mirrors; of words but no truth; of laws but no justice; of lawyers and judges but no jurisprudence. These State minions are so full of pure pride and self-love, so caught up in an all engrossing egoistic power curve, that they live in an alternative reality, out of touch with even the law of gravity; a law the egoistic but realistic Trump had to take into consideration when building an empire of hotels and high-rises. But though Trump is in touch with certain material realities he is only in touch with material realities. Trump, like any good red-blooded American, is a materialist, and a lustful hedonist to boot. Yes, as per Acosta, Trump is very afraid, for all that he values is of the egoistic coins of wealth and pleasure, and in this he is just as much an egoist as all the denizens of the deep state.

Though Trump has, I believe, an outstanding understanding of what is good economically for the USA in the superficial short term (and any resurgence of the USA is but a short term death rally), this understanding says nothing about his depth, morality, or wisdom. (In contrast, when you read the Austrians you note something even more important than their economic theory: a larger and deeper wisdom. And because economics is at times a crap shoot and at other times a swindle it doesn’t abide by the ideal, though the Austrian ideal still needs to be upheld so as to be able to recognize and reckon with the financial malfeasance.) Trump, notwithstanding his genius and truly great accomplishments, is devoid of deep morality, much less spirituality. While he does indeed have a most magnificent brass ego, it is a brass plating and thus superficial.

So one should not look to Trump (a serial polygamist and sexual libertine to put  it mildly) for wisdom or moral leadership. One should look rather to oneself; to one’s loved ones; to the wise among one’s friends; to one’s God. But that is, if, and only if, one has a rightly informed conscience; if one has true love; if one has such friends; if one has so much as God. And that is indeed a big “if.” For today’s Western population is itself superficial, immature, and egoistic. In this Trump is truly a populist phenomenon. And the population such as it is, like Trump himself, is easily manipulated and enslaved, which has been readily attested to in the pandemic panic.

But still make no mistake, there is a deadly, relentless, and unstoppable virus among us, and sooner or later this virus ends in death. Look to your left, look to your right, look all around, then look in the mirror and realize that everyone you’ve gazed upon is infected with and will succumb to this virus. Of course, I speak of the virus of mortality, and yes, the population of the West and those within its universal realm of influence are in denial. This is why there is pan[ic]demic, for when death or its threat becomes real the third millennium population is found to be wanting in maturity, wanting in accepting reality, wanting in wisdom, wanting in courage. Today’s hopelessly immature, unrealistic, foolish, and cowardly Westerner, et al., could be paleontologically dubbed “technarcistic man;” for the person of the third millennium has a recalcitrant pride inured in a myriad of technological ways from the humiliation of existence.

Maturity is the ability to say yes to reality whether or not one likes that reality; that is, to accept the fact that I am not the center of the universe; that stuff happens; that “God’s ways are not man’s ways.” (IS 55:8) Maturity then most poignantly means accepting one’s mortality. And it is the wise and fully alive man who muses on and embraces this mortality and thus muses on and embraces the fullness of reality and existence in both its sorrows and its joys. But because technarcistic man lacks maturity and wisdom, he lacks the courage to so muse upon and embrace the fullness of human existence, living instead a cramped and paltry life of egoistic apprehension.

Because a technarcistic population has no baseline maturity, no basic acceptance of reality, not an inkling of wisdom, it is most susceptible to cowardly panic. Yes, a person and society should respond to immediate threats, but to do so in a prudent and effective manner requires a grounded point of reference. In the case of responding prudently to a pandemic, or any physical trauma or threat, this grounding is the acceptance of the baseline reality of one’s inherent physical vulnerability and mortality. From this grounding then comes the maturity, wisdom, and courage to take responsibility for one’s existence, to take responsibility for one’s loved ones, to take responsibility for the drama of life as it unfolds in the sacrament of the moment.

But the unrealistic, immature, foolish, and cowardly technarcistic masses take no responsibility for their existence. Rather, when a crisis strikes, they look to the State to take responsibility, to save and comfort them. They look to the first responders: the police, paramedics, or even coroners (for they know not even how to mourn without the State!). They look to the State and its elected, appointed, or careerists governmental officials to inform them and order them. But such an abdication of responsibility leads inexorably to slavery, for when one looks to a godless entity to save you, you will find one that will surely enslave you. 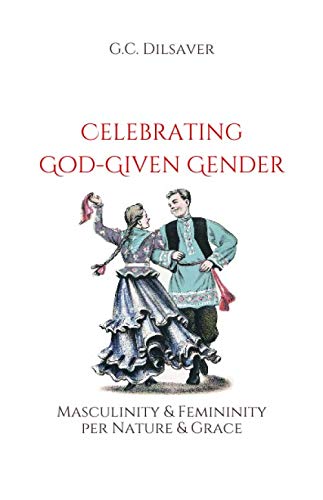 Indeed, this imago Dei ability to reason and choose is what it specifically means to be human. For this human ability to reason and choose is nothing less than what it means to be a moral being. Indeed, it is what it means to have freewill, and thus its preservation and promotion is essential for the preservation and promotion of freedom itself. Enslavement does not begin first in the mind, much less the flesh; but in the soul, where the ego reacts fearful and to some degree irrationally to the threat of humiliation.

But “be not afraid.” (MT 14:27) That is, succumb not to your fears, and you will not be susceptible to manipulation: be that manipulation by the State, the flesh, or the devil himself. It is only by restoring the image of God (which is the goal of the clinical discipline of psychomoralitics) where one maturely receives the real, wisely assents to truth, and courageously chooses the good, that will both defeat the manipulation and enslavement of evil and ensure the freedom and exaltation of the authentic human spirit; which is indeed the freedom and exaltation of that very image of God.