Wake Up: The War is Now Here in America!

This coronavirus fraud is being labeled a war by the ruling powers, but this is no war on any virus, it is war against humanity. How many obvious signs are necessary before the frightened American sheep will pull their heads out of the sand? Because the general population hides from the truth in order to avoid reality, a governing takeover of epoch proportions is being implemented at a lightening pace. Every single day brings forth more tyrannical measures, and these measures are meant to be permanent. Are Americans really as ignorant as this government thinks they are?

Please look around at what is happening. Consider that this is no virus, but a false flag event long planned in order to facilitate an economic collapse that was already imminent due to corrupt banking and government policies. This might be the reason the reaction by so many countries is in concert with one another, as all major countries have destroyed their economies by monetary expansion, debt creation, and redistribution of wealth, which placed the bulk of assets in the hands of a concentrated few. In this country, there has also been perpetual indoctrination and aggressive war, and these factors combined have led to class separation, division, and enhanced dependence on government. Because of this, control over society is becoming a reality, and this control is necessary in order for those now so powerful to retain that power and more importantly, to expand and retain control of an obedient proletariat. 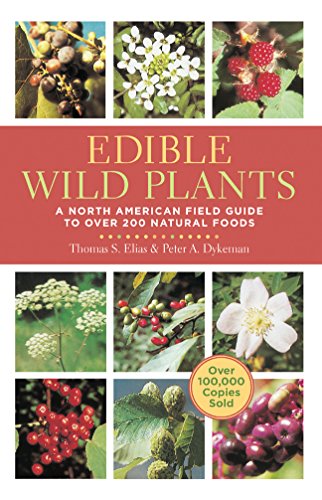 What has happened in just a few weeks is staggering to say the least, but this top-down takeover is just beginning. This tyranny was allowed to escalate due to fear of a so-called flu strain in China that allegedly killed 3,322 out of 1.45 billion people. That is a mortality factor of .00000229, or to put that in perspective, 1 death out of every 436,000 Chinese people.  From Global Times:

“An analysis led by Chinese scientists published in the Lancet Public Health in September 2019 found that there were 84,200 to 92,000 flu-related deaths in China each year, accounting for 8.2 percent of all deaths from respiratory diseases.”

So the average number of common flu deaths in China is 26 times the number of deaths due to this so-called coronavirus, or Covid-19, but pneumonia deaths alone as of 2010 in China were an additional 125,000. Why is there panic and why is there chaos? The answer to this question is obvious if any logic is considered. This panic was not due to any virus strain, but to the purposeful political and media hype of a planned event meant to frighten the general population into believing that some fake pandemic was a threat to all life on earth. Approximately 3 million people die every year in the U.S., or 8,000 every day, with alleged total deaths due to coronavirus being 6,000 for the entire season. This is even with what are certainly vastly overstated numbers of deaths due to this “virus.” That is less than the number of deaths in one day in this country.

So what is really going on here? This is a planned takeover of people, and the fake virus scare is the excuse being used to advance a new totalitarian state that can monitor every aspect of our lives, monitor movement, surveil everything, control all monetary processes, behavior, travel, communication, and social contact. This dystopia is already here, but can get much worse if not stopped.

Travel and movement is becoming less possible every day. Most of this country has voluntarily locked themselves up in home prisons. Fear is rampant, and neighbors have become the eyes of the very police and security forces bent on controlling them. There is talk and plans to digitize all money, which in and of itself would destroy freedom. Distancing mandates have been implemented, but are also being promoted for the future. The entire economy is virtually shut down with no end in sight, food shortages are evident, and psychological and health problems are increasing at an alarming rate. Necessary surgeries are being cancelled even though many hospitals are empty. Mortgages are defaulting, and millions will lose their homes, this while unemployment will most likely affect a third or more of the people in this country.

In addition to all this, GPS tracking devices are being ordered in some areas for any who have tested positive for coronavirus, and Google is releasing location data to “authorities” so they can check and monitor all those in state mandated lockdowns. Calls for forced vaccination abound, with all the social scoring and imbedded devices to prove vaccination history not only being discussed, but also planned for the near future. Those like the evil eugenicist and population control advocate Bill Gates that have the ear of powerful politicians, are promoting full shutdowns, forced vaccination, tracking of all, and at the same time Gates is funding seven new vaccine factories, and tattoo ID tracking at MIT, and those conflicts are obvious and criminal.

The bottom line is that a massive plan to build a new monetary, economic, and social structure worldwide is being advanced. A new global order is being constructed that will replace our current system with a technocratic rule that will be all encompassing at every level of life. The financial systems due to fraud and corruption will fail and that failure will be blamed on this fake pandemic. This economic collapse will break the back of this country, and then the promise of universal income, universal healthcare, increased automated production, and smart living will be pursued, along with totalitarian rule.

None of this is accidental, and none of this is due to this virus. This coup has been planned for a long time, and those plans were exposed on many occasions in the past. Most thought that the ideas of prescient thinkers were far-fetched and that the loss of all freedom was not possible. Therefore, those that recognized the scope of this plot long ago were ignored and cast aside as conspiracy theorists, when in fact they were right all along. One look around today will bring to light that truth.

The threat of absolute rule is upon us, and little time is left to stop the onslaught of this dictatorial regulation of society by government and its masters. The decimation of freedom is at hand, so dissent by every able-bodied man is necessary to halt this terror. Political remedies are no longer possible in my opinion, so a real revolution is now necessary. An apocalypse is coming, and hell is coming with it.

“Disobedience is the true foundation of liberty. The obedient must be slaves.”
~ Henry David Thoreau, Thoreau and the Art of Life: Precepts and Principles

Previous article by Gary D. Barnett: The Biggest Fraud in History Is Happening Right Before Our Eyes

Nation In Coronavirus Turmoil: Is There No Way Out?Corona-copia