Can the Gates Of Hell Prevail?

While you may have a some time on your hands due to the corona virus -19 nationwide lockdown, I might suggest that a few minutes of it be used to watch for the first time or to view again the 1984 film 1984. The 1953 U.S television video 1984 and the 1954 BBC video of 1984 are fine, but the full length film released in December of 1984 is by far the best and the closest in presenting the book written by George Orwell.The DVD of 1984 remains purchasable but many of the sites on the TV and the computer that formerly made it available, for free or for a nominal fee, have shut it down.

The major reason I am suggesting watching it again is so we can ask ourselves a question which, perhaps, very few of us asked when we first viewed the film, specifically, “What would a Christian have to think, say and do to be a faithful follower of Jesus in such a society?”

If you are like me, who thought he remembered pretty well what 1984 was all about, then you don’t remember what 1984 was all about. Its truth lies in the details of the book or film, which details I remembered if reminded but which were not part of my operative explicit consciousness. Be that as it may, the only reason I am suggesting seeing the film again or reading the book again is that you see or read 1984 through the lens of the question “How can one be a faithful follower and disciple of Jesus in such a society?” If there is no way to live a Christlike life, “to love one another as I have loved you,”in such a society, then the “gates of hell” have prevailed over the Christian community, assembly, ekklēsia, church. 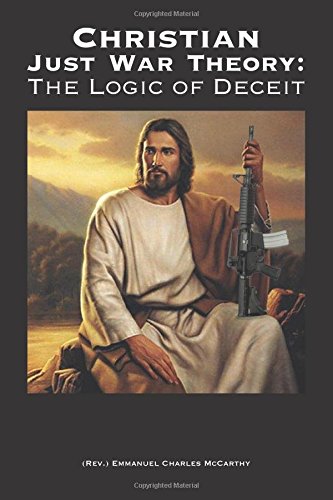 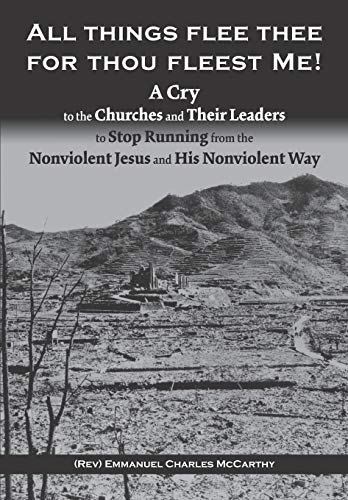 Fr. Emmanuel Charles McCarthy [send him mail] is a priest of the Melkite Greek Catholic Church, an Eastern Catholic Church in communion with the Pope, ordained on 9 August 1981, in Damascus, Syria. He was a Lawyer, Founder of the Program for the Study of Nonviolence Conflict Resolution at the University of Notre Dame and Co-founder of Pax Christi-USA. His vocation for the last forty-eiight years has been calling the Christian Churches back to fidelity to Jesus' teaching of Nonviolent Love of friends and enemies. Find more of his writing online at www.emmanuelcharlesmccarthy.org.

Iran Bashing, a US Media Specialty Just When the Locked-Down World Is About To Go Stir Crazy, a Rice Bran Molecule Helps Rescue Those With Panic Disorder, Anxiety, & Depression