It’s hard to have a conversation today, or even overhear one, without being exposed to moronic – and I now use that word in its colloquial as well as its clinical sense – opinions about what “we” should do.

“We,” of course, is the government. Everyone believes it should “Do Something”. And it is.

But why deal in half-measures?

Why only send everybody a check for $1200? Why not buy everyone a new Cadillac to get Detroit back to work, a big new house to help builders, and a $10,000 check that must be deposited at a failing bank and then spent at Victoria’s Secret.

A plan like that certainly sounds like more fun than what I’m going to propose. Especially since Americans are going to be a bit short on fun over the next little while. 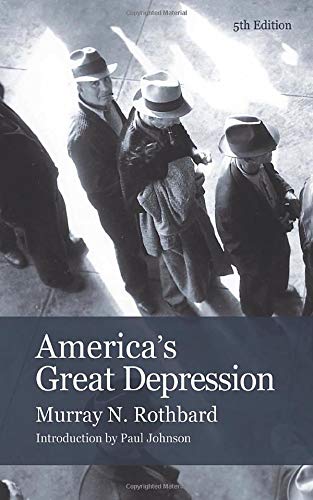 They used it all up over the last generation.

I’ve explained elsewhere why we’re embarked on the Greater Depression. That’s a done deal. But here is what needs to happen if the depression is to be as brief and as therapeutic as possible.

1. Allow collapse of bankrupt entities—They’re uneconomic (as their bankruptcy has proven), their managements are overpaid and are proven incompetents. The bailout money going into them is simply wasted. Most of the real wealth now owned by the bankrupt will still exist. It will simply change ownership.

If you’ve dug yourself into a hole and want to get out, the first thing to do is stop digging.

But that’s not nearly enough. At this point, it would be a half-measure. Perhaps only a 3-foot rope over a 12-foot gap.

If you allow the collapse of unprofitable enterprises without changing the conditions that created the problem, recovery is going to be even harder. So…

2. Deregulate. Contrary to what almost everyone thinks, the main purpose of regulation is not to protect consumers but to entrench the current order. Regulation prevents new institutions from arising quickly and cheaply.

Does the Department of Agriculture really need 100,000 employees to regulate fewer than two million farms in the U.S.?

Has the Department of Energy, created in 1977 to somehow solve a temporary crisis, done anything of value with its 110,000 employees and contractors and $32 billion annual budget?

How about the terminally corrupt Bureau of Indian Affairs, which has outlived whatever usefulness it might have had by 100 years.

The FTC, SEC, FCC, FAA, DOT, HHS, HUD, Labor, Commerce, serve little or no useful public purpose. Eliminate them and the entire economy would blossom – except for the parasitical lobbying and legal trades. There are hundreds of agencies like these. Most aren’t just useless. They’re actively destructive. 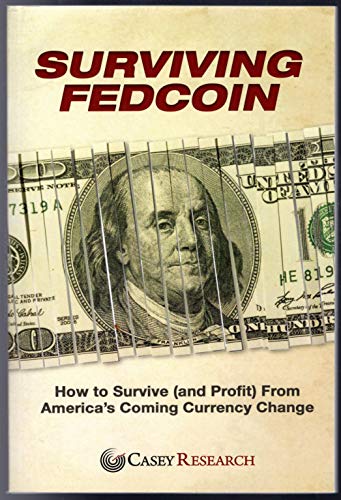 3. Abolish the Fed. This is the actual engine of inflation. Money is just a medium of exchange and a store of value; you don’t need a central bank to have money. In fact, central banks are always just engines of inflation. They benefit only the cronies who get their money first.

What would we use as money? It doesn’t matter, as long as it’s a commodity, that can’t be created out of thin air. But gold is the obvious choice.

The whole idea of a central bank is a swindle. Massive bailouts couldn’t and wouldn’t have been done without it.

4. Cut taxes 50%… to start. The economy would boom. The money won’t be needed with all the agencies gone. Certainly not if the next two points are followed.

5. Default on the national debt. I realize this is a shocker, unless you recall that the debt will never be paid anyway. And why should the next several generations have to pay for the stupidity of their parents?

A default sounds dishonorable—and it is, in civil society. But government is different. It hasn’t been “We the People” for a long time; it’s now a self-dealing behemoth, run by cronies. It’s like a building with a rotten foundation—better to bring it down with a controlled demolition, than wait for it fall unpredictably.

Governments default all the time, though most defaults are subtle, through inflation. In an outright default, however, the only people who get hurt are those who lent money to an institution that can only repay them by stealing money from others. They should be punished.

6. Disentangle and disengage. The entanglements the U.S. needs to escape prominently include the UN and NATO. The U.S. combat troops now in over 100 foreign countries can come home. They’re not “defending” anything, except for local collaborators, and are just picking up bad habits and antagonizing the locals. 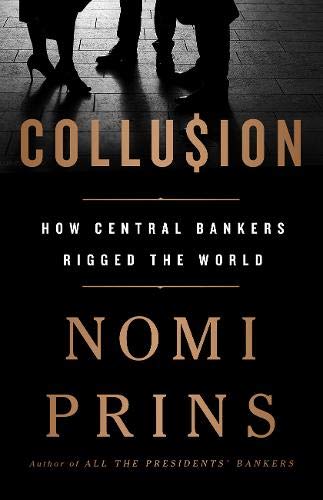 The U.S. spends more money on the military than most other countries in the world put together. Since the government is bankrupt, spending on the military and its sport wars significantly adds to the economy’s problems.

What the Government Will Actually Do

The chances of any of these things happening, however, are slim to none. And Slim’s out of town.

So let’s look at what will actually happen.

1. Let enterprises collapse? No way. Every corrupt and failed institution, instead of being allowed to turn into compost to be recycled by the economic worms into fertilizer for a new generation of businesses, is going to be propped up like a zombie. They’ll continue doing the same stupid things that got the country into the current mess.

The wave of collapses is going to get much worse. Lots of banks will fail, so the FDIC will need hundreds of billions more in funding.

They’ll try bailing out everything—they already are. Who knows where they’ll stop?

I play poker. Sometimes you see a player undergo a temporary psychotic break. They’ll make totally irrational, wild, stupid bets in a desperate attempt to get out even. It’s called “going on tilt”. The U.S. government, as an enterprise, is now on tilt.

2. Deregulate? No, that’s out of the question. Everyone is convinced a lack of regulation allowed the financial collapse that started in 2008. It must, they feel, have been a lack of oversight that allowed “The Virus” to invade the country. And so, with the approval of the public, the government will set up lots of new agencies. The 70,000 degraded beings who crawled out of the woodwork to work for the TSA—for the terror crisis of 2001– will be the model.

I just hope one of the new organizations doesn’t sport a black uniform with silver flashings. Of course, the largest agency of the U.S. government is now Homeland Security, so anything is possible.

3. Abolish the Fed? Despite having been debauched, and turned into a veritable money-printing machine, the Federal Reserve has become far more important than ever. Why? Without it the U.S. government would only be able to borrow funds from citizens, who are tapped out. Or foreigners, who increasingly see it as irresponsible. And who else would buy the securities of failing corporations to support them?

Multi-trillion-dollar deficits are now the norm, and a central bank is needed to fund them.

4. Cut taxes? No. Taxes on the rich, or those the government decides belong in that category– people like you – are going through the roof.

Herbert Hoover — who is somehow painted as a free-marketer — exacerbated the last depression by raising marginal rates from 25% to 63% in 1932. With multi-trillion dollar deficits for the indefinite future, taxes will rise.

Initially, it’s likely to be on politically incorrect things, like tobacco, alcohol, guns, oil, coal, and luxuries… but that’s just be for starters. Taxes on imports will be permanent, justified by saying it will not only generate revenue for the government, but save U.S. jobs, and punish undeserving foriegners. Smoot-Hawley, the Hoover innovation that sealed the fate of the economy in the ‘30s, will ride again.

Along with this, we’ll likely see foreign exchange controls, starting with a tax on spending and investing abroad. The rationale will be the same: it generates revenue, and keeps capital (and jobs) in the U.S. Better yet, FX controls only affect the rich (who else can afford to do things abroad?), and the unpatriotic (who else would even dream of doing anything abroad during a crisis like this?).

6. Default on the national debt? Actually, this will happen. But through inflation. Which, believe it or not, is much more destructive, and less honest, than simply saying “I can’t, and won’t, honor my obligation”.

7. Disengage? No way. War is the health of the state. Like almost nothing else, it gets people to pull together. It doesn’t matter if we’re marching to hell; it’s important to be united, they say.

The U.S. has a huge, bloated, military machine which will just rust away, if it’s not used,. So of course they’ll use it. It’s like owning a giant hammer: after a while, everything starts to look like a nail.

So the prognosis is not good. In fact, it’s not just going to be bad. It’s going to be worse than even I think it’s going to be. People have come to rely on the government as if it were a cornucopia, when it’s more like a cesspool.

If we moved rapidly and radically toward a free-market society, we’d still have a depression – the distortions and misallocations of capital are massive and would still have to be liquidated – but although the correction would be sharp, it would also be short. Like the downturn of 1920-21, not the one of 1929-46.

As serious as the financial and economic problems are going to be over the years to come, adequate attention hasn’t been focused on potential social problems in the U.S.

Don’t forget that during the last depression, there was little consumer debt (people actually bought things using “lay-away” plans, if anybody remembers those). Almost everybody had some savings… as opposed to a lot of debt.

People were much closer to the farm, and most actually knew how to plant a garden.

Families tended to be geographically closer and more mutually supportive – a function that’s been usurped by things like welfare, Medicaid, Medicare, Social Security, and such, which have given people a false sense of security.

Labor was much less productive, but average monthly expenses were much lower, not just in absolute but in relative terms. If you lost your job, you went out to get another, at some wage, any wage. Society was vastly less regulated in those days, so it was much easier.

It’s a good question what millions of people who lose their jobs are going to do now, especially if they’re stuck in a suburb or exurb, surrounded by many thousands of others like themselves. People in Blue counties and Red counties don’t like each other, blame each other, and can’t even have a conversation anymore. Could the natives get restless? Actually, it would be a surprise if they didn’t.

Previous article by Doug Casey: The Real Reasons the US Arrived at the Greater Depression

Remember the Hong Kong Flu?Death: A Simple Idea With a Powerful Punch