I have long feared a police state. Not the figurative one we’ve been letting develop for years now. I mean a literal one. Where they can stop you for any reason and ask you for your “papers.” Where they can restrict your movements, and your associations. Where they can confine you to your homes.

Yesterday, this became an unfortunate reality for me and all other Virginians. Mayor Ralph “Blackface” Northam signed an Executive Order that essentially locks my state down. Police can stop any motorist and ask where they are going. If they aren’t going to a doctor or the store, they can be charged with a misdemeanor. For now. And those essential personnel who are still working have been given papers. Yes, “show me your papers” is finally here in the land of the free.

Over the course of just a few weeks, America and most of the world has been subjected to a power play that rivals anything that George Orwell could have dreamed up. Whole countries locked down. People quarantined who have no illness. People restricted to their houses. “Social distancing” mandating that people stay six feet apart from one another. The closing down of virtually all businesses. No more going to the movies, or restaurants, or casinos, or concerts. Professional sports leagues and even the NCAA’s lucrative March Madness basketball tournament have been cancelled. All schools have been closed indefinitely.

So, surely all these draconian, unprecedented moves indicate that something really dangerous is going on? Instead, the world has basically come to a standstill over a virus strain, which has not even conclusively been proven to exist, that has killed a fraction of what the common flu kills every year, in this country and around the world.

The Coronavirus has been around for decades. Just look at the back of your can of Lysol. It informs you that their product protects you from “Human Coronavirus,” among other things. Many of us strongly suspect that cases of simple Coronavirus have been lumped in with those purporting to be COVID-19, the dastardly strain in question, which all the best and brightest “experts” inform us could spread across the world like wildfire.

The primary source for all the fear porn which has been emanating from our putrid state-run media for weeks, came from United Kingdom epidemiologist Neil Ferguson, who issued a dire warning that 2.2 million could die from COVID-19 in the United States alone. Without quite the attention given his initial predictions by the hysterical media, Ferguson quietly acknowledged last week that his numbers were wrong. Very, very wrong. His weak admission that perhaps 20,000 could die was not very convincing. And a pair of Stanford professors of medicine followed that up by saying the predictions of fatalities “may be too high by orders of magnitude.”

Instead of responding reasonably to these indications that those who initiated the alarmist talk from our journalists and politicians were utterly wrong, our leaders have doubled down on the heavy-handed, unwarranted response. More states like mine have gone into lock down mode. It is akin to Martial Law, without any visible troops in the streets. Given the lack of opposition to this authoritarianism, they haven’t needed any. Without firing a shot, as the saying goes.

Citizen journalists have posted a myriad of videos on You Tube, which depict not the “overwhelmed” hospitals that are literally bursting at the seams with corpses, but instead largely empty facilities. Jason Goodman has been filming around hospitals in New York City, the alleged epicenter of the alleged epidemic, and it has to be seen to be believed. Idle ambulances everywhere. Disinterested EMT workers and hospital employees. Many, if not most of them not wearing masks. Police harassing him from filming on a public street. I have a friend who lives in New York City, and he just called me this morning to report how non-busy the biggest hospital in Brooklyn looked. Something very strange is going on here.

Meanwhile, Dr. Colleen Smith, a doctor who specializes in “medical simulation,” whatever that is, violated every HIPAA regulation imaginable when she filmed inside an ICU at New York City’s Elmhurst Hospital. Dr. Smith complained about a lack of equipment and resources, the same establishment mantra we’ve heard time and time again from establishment sources, which is invariably blamed on hapless Donald Trump. Her video was published by the New York Times. The same day she was filming inside, Elmhurst Hospital was videotaped outside by a citizen journalist. You guessed it- it resembled a ghost town.

As I’ve made clear to so many who are parroting the mainstream line, “people are dying!,” yes, people are dying. They do everyday. As Bob Dylan, also back in the news this week with a better late than never song about JFK assassination truth, once said, “he not busy being born is busy dying.” The question is, what are the people whose deaths the state-controlled media is fixated upon dying from? How many of these deaths are actually from underlying causes like diabetes or pneumonia, or less frightening strains of virus, like the regular flu or the generic Coronavirus?

There are many disquieting indications that the wild overreaction to this is a hoax, even if the virus is not. The photograph of ominous rows of coffins supposedly emanating out of Italy, which has been allegedly hit so hard by COVID-19, which was proven to be from another country, taken years earlier. The Italian reports indicating that 99% of the fatalities attributed to this virus came from “other pathologies.” The story in early February out of China, that the Chinese were including deaths from pneumonia along with the scary COVID-19 cases. It is no exaggeration to say that, considering the draconian response, those in charge have a tremendous vested interest in significantly increasing the numbers.

Both the World Health Organization and the Centers for Disease Control were caught lying about the same thing in 2009; they falsely inflated the Swine Flu figures. Sharyl Attkisson lost her job with CBS for exposing the CDC. No investigative journalism is allowed in this country, outside of amateurs on the internet. The CDC and WHO are front and center here, along with our perpetually dishonest politicians and laughable, lapdog establishment press. They are the ones selling this narrative. Why would any intelligent person believe them? 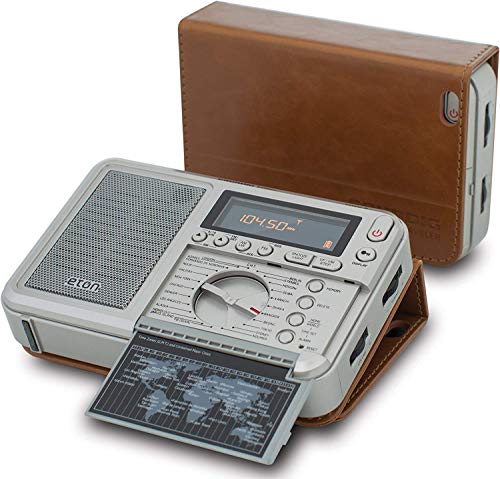 I have been lied to my entire life by the most powerful authority figures. I worked for the Medical Industrial Complex for 44 years, until being fired two years ago for helping a handicapped co-worker. You read that right. That’s the chance you take in a “right to work” state. It gives them a right to fire you for no reason. Our healthcare system is hopelessly inefficient and just as corrupt as any other part of America 2.0. The medical profession itself is the third leading cause of death in this country. When you enter a hospital, you take your life in your hands. So excuse me for not trusting in all the white coats issuing their dire pronouncements.

In Virginia, our unofficial Martial Law is in effect until June 10. Just imagine how many businesses will never reopen after being closed for nearly three months. How many employees will be laid off, and be left to deal with the ever-increasing cost of living with their $1200 checks that constituted the trickle-down droppings from the $5.5 trillion dollar “stimulus” package, which Ron Paul called “a massive transfer of wealth from the middle class to the elite?” Picture the massive unemployment claims, somehow paid for by payroll taxes which are not going to be collected from all those unemployed workers who are no longer paying them.

And we still haven’t heard a peep of protest from anyone with a large public platform. Not a single corporate leader whose dedication to capitalism compels him to protest the literal shutdown of almost all commerce. There is a stunning uniformity of opinion on this massive overhaul of our society, which happened in the blink of an eye. Only naysayers like me, with the voices we have on the internet, are pointing out how shockingly wrong all of this is.

America, even as it existed in its watered-down, often embarrassing form a month ago, is forever gone. Once our leaders have demonstrated they can institute such authoritarian restrictions on the populace, with virtually no resistance, it is a certainty they will do it again. Expect to see the kind of ridiculous color-coded “terror threat” warnings we saw after 9/11. When the unquestioned authorities declare that we are at “code red” in terms of a new viral threat, America will just go back into lock down mode. Americans will be used to it.

Helping to sell this narrative has been an astonishing number of celebrities. This virus evidently is predisposed to attack famous people who have shown unswerving devotion to the Deep State. It was entirely predictable that the likes of Tom Hanks, Greta Thunberg, Prince Charles, and Chris Cuomo would test positive. For the Coronavirus, as it is worded in all the celebrity cases, not for COVID-19. This could be the lazy, unintentional intermingling of a generic term for the deadly strain that has stopped the world. Or it could be an admission that technically they are telling the truth- the tests can only determine whether one has Coronavirus, not any particular strain of it. 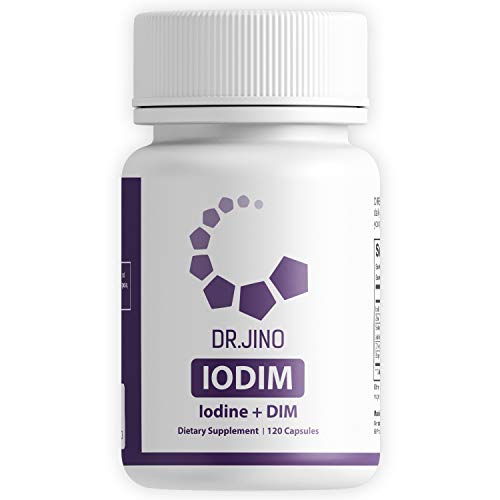 But there is a huge difference between the two terms; testing positive for the generic Coronavirus is no big deal. It could just be a common cold, or an indication someone is a carrier, with no symptoms at all. If everyone in past years had been frightened by fear porn into getting tested for any sniffle, who knows how many might have been positive? They have somehow convinced most of the public that this virus strain is potentially far more deadly than anything since the Bubonic Plague, despite numbers that remain a fraction of what we see every flu season. With even the most severe flu seasons, nothing has ever been closed or cancelled. Certainly there was never any kind of lock down.

This has all been sold to the public on the basis of protecting us. After all, our leaders care about us. They have only our best interests at heart. And what is more terrifying to anyone than the state of their health? None of us want to put our loved ones’ lives in danger. And so we become even more compliant than normal. 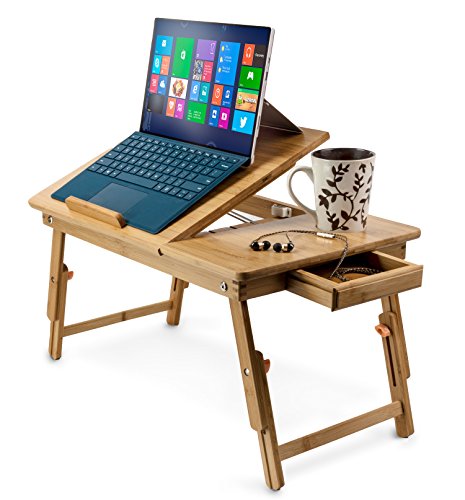 The Creed of SlavesChina Rolls Out the Health Silk Road