It Takes True Cowardice To Close The Church Doors, Especially During A Corona Pandemic

Now I’m not talking to the pastor here who can’t do a thing about whether or not church meets. That’s a decision made by a committee in many congregations.

I’m talking to the soul of that pastor here who I hope I can have access to for a minute, because that soulful guy in there is who matters. And I would be crestfallen if a little piece of your soul were abandoned in this coronavirus hullabaloo.

But the pastor and the soul are also not entirely separate. You probably didn’t take your calling as a minister, because it was the best paying steady job you could find. You courageously did it for other reasons. Who knows, some of those reasons that originally attracted you to the cloth, may even be forgotten by you all these years later.

As you know, churches all over America have closed their doors over the last two weeks and the closing of churches are on the rise.

Not asking that question is the downfall of many in our era who are encouraged to be disconnected from reality. In order to do one thing, you must choose to not do another. So the closing of anything necessitates that question.

But this is not the closing of just anything. This is the closing of one of the most important institutions in any community. It demands even more that the question “At what cost?” be asked. It demands a far higher standard be followed to protect how special the church’s role in society is.

Some pastors have hobbies that are not the pinnacle of health. You may be one of them. Some pastors, for example, enjoy a beer now and then. If I suggested you forego a casual twice weekly beer for the next 30 years because it will statistically extend your lifespan by 48 weeks would that be enough for you to stop having a beer? Probably not.

A pastor in that relatively low-value situation is more likely to preference the unhealthy choice. But in his high-value, daily existence – being the spiritual leader of a congregation – he does the exact opposite and claims it in the name of good health. We shouldn’t pretend that the pastors of the world are consistently placing health and longevity above their calling.

You may be one such pastor who finds himself closing his church doors in the name of health and hygiene.

Is there even any literature that says being in church for 45 minutes is going to increase your risk of coming down with Covid-19? Probably not.

These heavy-handed mass quarantines and shuttering of businesses are largely untested waters, with available evidence indicating that some of the very extreme measures being taken – such as closing churches – probably have no impact in the spread of corona. If locking down all social interaction for weeks produces no reduction in the spread of corona, then how could one possibly prove that closing church doors for the fraction of a week when people go to church could possibly have any benefit.

In light of that, it seems very unlikely that you will find credible scientific literature that says closing the church doors helps keep anyone safe from corona. And when judging the entire person, there will be no study that can prove closing church doors is a net benefit for a person at any time in life.

But you surely see everyone else doing it, closing down business and enforcing social distancing, so it’s natural for you to want to do the same. It’s natural for your church council to push for that. And that’s where a leader from the clergy is needed, to say that there’s something different about closing a church.

No, the church is constructed in little independent cells, so that a little community gathers together, independent of the rest of the world, and has a pastor, who, among other things is to help those in the congregation draw a firm line between the secular and religious.

You might have dozens, hundreds, even thousands in your congregation. In the midst of this outbreak, you’re going to have the five or ten or fifteen people who need you most on a Sunday show up. Most people won’t want to show up. Can you point to medical or ethical literature that says why you are really doing more for them by not being there on a Sunday than by being there? 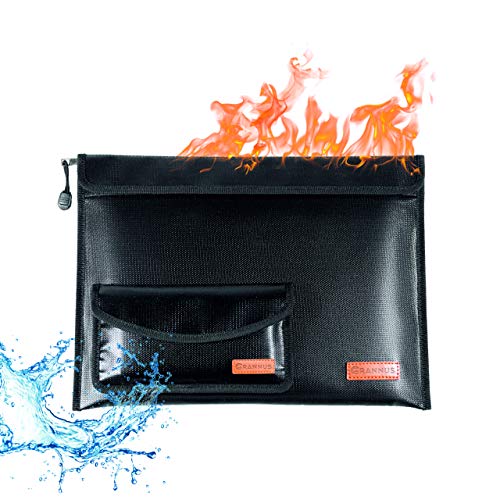 I can point to some of the finest literature in the world that tells me how my Sundays are best spent. And that literature was written in times with more infectious disease.

Wisdom makes its way down through the ages in many forms. Talking heads on TV screaming back-and-forth about data is not wisdom. If you are rooted in wisdom, it’s easier to pause and take a deep breath at a moment like this. If you do not know wisdom, it’s easy to get caught up in headlines. Or it might even be easy to get caught up in data that will easily take ten years to properly understand. The world needs its pastors – those trained in wisdom – to take a deep breath and to help us calmly take a step back. And the first step of doing that it is to open the church doors.

No one is forcing anyone to appear at church if you keep your doors open. But by closing the doors, you are denying those in your congregation the ability to appear and to perform the valuable rituals that are hundreds, in some cases, thousands of years old, and in the place where we know that rituals carry a lot more weight for us as humans and as Christians.

And I don’t even need you to act. Maybe you can’t. Maybe there’s lots of church politics at play. I don’t know. What I need you to know is that you can be the leader in your flock, your hands aren’t entirely tied, this isn’t fate, this isn’t a deterministic moment. You have a choice. You have options. And some in your congregation would probably be well-benefited if you stood up firmly and cited those options and to insist that the church doors stay open, even if it is the pastor by himself there on a Sunday, so the members of the flock know, just like the pastor, just like their spiritual leader, they too can work up the courage to walk into that church if they so desire, brave the virus, and be in that special place in which Christians around the globe place so much value.

Even the medical doctors are suggesting you visit them online, which has left many feeling abandoned and clueless on how to proceed. And to my great sadness, the spiritual doctors have done the same.

And that’s not even what the chance of death is for being with your spiritual doctor for an hour a week. The risk from attending a church service is immeasurably low.

There are lots of people who might claim to be spiritual doctors. There might be some yogis, for example, who won’t go into the local gym during the corona crisis. So they conveniently point out that their pseudo-religious practice that they normally recommend their customers follow daily is suddenly a lot less important without a payment method and a gym. You could visit them online. There might be some new age spiritualists who have cancelled their conferences and moved online.

The claimed necessity of their regular paid interaction with their disciples, for the well-being of the disciple, is suddenly being shown as mere marketing talk as they are being required to stand firm if they truly believe their practice is vital for their disciple. But they obviously do not stand firm. “Visit us online,” has suddenly become the mantra.

In this moment of greatest need America’s churches are saying they aren’t available either. And “visit us online.” Why aren’t they available? Because of the tiny risk of catching a pretty serious cold while the pastor speaks stories about lepers and Samaritans.

People from your flock might be asking – Why aren’t they available, while the pastors speak about the corporeal pain of 40 day fasts in the desert under the most vile temptation?

Do they really mean the things they say?

People from your flock might be asking – Why are they so concerned about what the rest of society is doing? Why aren’t they available, though they preach about a man who cared so little about society’s feelings that he walked into The Temple and took the business spaces of the honorable members of the community, who had done business there for years, likely generations, generations of upstanding community members, that he felt were defiling the place – What did he do to their possessions, to their places of business? He took their fake money and their money-changing tables and he flipped them onto the ground in a big violent tirade.

That’s the man we name our religion for.

People from your flock might be asking – Why aren’t they available as they speak about the man who cared so little about his society’s feelings that he laughed at the old rules? He let his disciples pick grain when they were hungry and eat it, even on the sabbath. He had the temerity to not chastise them for it. Then he had the audacity to defend them from criticism.

Imagine that today – a pastor defending anyone in their flock from the rest of society. A pastor is more likely to be the one who encourages the flock to obediently follow society. And the daring Jesus, in his era of such awful infectious diseases, took his disrespect of the rigid society, their artificial legalism, and controlling, fear-based dictates a step further.

Yes. He even let his disciples eat without washing their hands.

In this moment of crisis, as society needs true leadership, Christian pastors across the country, through their actions, are saying “Don’t look at us for leadership.” That’s a weak and cowardly response from a religion that purports to follow the strong, yet merciful Christ, the logical, yet loving Jesus.

In the closing of the churches, I see no strength, no mercy, no logic, and no love.

Am I asking you to get violent?

Am I asking you to touch a leper?

Am I asking you to overturn some dude’s table?

No, I’m asking you to be bold enough to stand up in these tough times for the values you preach in easy times, to open up your church doors and to let the members of your flock in the door.

And most of all, some part of you, if you are the person of conscience that you are certain to be, will never forgive yourself for failing to rise to the occasion.

Please do me the favor of sharing this with every clergy-member you know. Hopefully somewhere out there, a few men and women of courage, a tiny remnant, exist in the church that bears the name of Christ, and a tiny boost from you will help them.

Thank you for your time.

Managing a Disaster P For Pandemic: the 4th Turning