Trump and The Politics of Coronavirus

Normally I agree with Moon of Alabama’s analysis on foreign affairs and certainly geopolitics. But the latest post discussing the political fallout from spread and potential mismanagement of nCOVID-19 is nothing short of fantasy.

I don’t disagree that China, assuming that the numbers they’ve published are any more real than a lot of their economic numbers, has shown remarkable power to stop the spread of the disease.

And they have done so so as to disrupt supply chains all across the world. This week the equity markets finally came to terms with the real world effects of such a disruption, even if the disease itself is, in the end, controllable and the response to it to this point, overblown.

I’m not saying it is one way or the other. I’ve heard every conspiracy theory about this virus you can imagine. It speaks directly to the power of rumor and the ability for people absent good information to make up stories that fit their personal bias.

And in this post B. betrays his in a way that, frankly, highlights just how little he understands America, its culture and the electorate.

Under the U.S. medical system testing will be expensive for the patients. Insurances may not pay for it. Many people will be unable or unwilling to spend money on it. Care for serious cases will also be limited by high prices. This guarantees that the virus will spread further. China was smart enough to guarantee 100% state coverage for testing and all necessary care. The U.S. should follow that principle but is  unlikely to do so.

Trump announced that Vice-President Pence, a man who does not believe in science, will lead the response. The libertarian and neo-liberal approach to the problem will further the epidemic’s growth. Only after it becomes really severe will the necessary measures be taken.

His assumptions are ridiculous. People in the U.S. get the annual flu shot, which is demonstrably ineffective, by the millions. The flu shot is subsidized through insurance and government redistribution of wealth via taxes.

If the threat becomes truly real to people in the U.S. they will get tested. The Trump administration will allocate billions to it and the people here, already inculcated over the generations in public health will respond accordingly.

If China was able to test 320,000 people that quickly, and the test is so effective, why is the CDC going it alone developing its own test and not just using China’s?

This is what we pay governments to do, coordinate disaster response, work with other governments, provide basic infrastructure for society.

The dysfunctional medical system in the U.S. isn’t a function of the “libertarian or neo-liberal approach,” which itself is a criticism that doesn’t understand the very real difference between those two schools of thought.

It’s a function of the ever-growing push to socialize medical care (and everything else) in the first place.

The great myth of central planning is that capital can be rationally allocated through the elimination of profit and incentive. And that will just magically produce the right outcomes for society.

Because in the end, the U.S. doesn’t have a libertarian medical system. It has a socialized system so arcane and expensive that is designed to make the argument for more control over public health not less.

But this isn’t B.’s biggest error. His biggest error is in thinking that Donald Trump is some kind of bastion of the free market and in favor of the rational allocation of scarce resources through it.

He’s not. He never has been and he won’t ever be. Trump likes markets he can control and doesn’t believe in open competition. If he did he wouldn’t erect trade barriers and engage in economic strangulation.

So to say that Trump is in trouble because of this virus to this point is nonsensical.

Trump’s reelection chances are sinking as Covid-19 cases rise. The incompetence of his administration will come under new light. The stock markets will continue to tumble and erase the economic gains Trump had claimed. Bernie Sanders’ chances of winning, if he survives the pandemic, will increase as his prime campaign promise -Medicare for all- will become even more acceptable when the problems with the current U.S. healthcare system come under new public scrutiny.

Trump’s re-election chances will rise with this coronavirus. Those who hate him will hate him more, like B. (who is German and doesn’t vote here). Those who love him will rally around him if he leads.

And on this point I agree with Pat Buchanan who also feels like this is an opportunity for Trump to rise above the petty politics of Congress and show leadership and strength, allocating resources at his disposal the same way he did for domestic natural disasters like the recent Hurricanes that pounded the Gulf Coast and Florida.

… the president occupies what Theodore Roosevelt called the “bully pulpit,” the White House. He can use that pulpit daily to command the airwaves and inform, lead, unite and direct the nation during what could be a months-long crisis. And Trump alone has the power to declare a national emergency, should that be needed.

If Trump acts as a leader, urging unity in the struggle to contain the virus and discover a vaccine, the hectoring from the Democratic left, already begun, can come to be seen as unpatriotic.

And this is something he can and will do. I wan’t crazy about Trump’s presser the other day, blasting the CDC for creating a panic which Trump feels helped drop the stock markets this week.

That’s not leadership. That’s whining. And the biggest threat to Trump’s re-election at this point is Trump, not Bernie Sanders or whomever the Democrats nominate after stealing it from him.

The biggest fear the leftists in the U.S. and Europe have at this point is that Trump and his band of ‘know-nothings’ like Pence actually steer the U.S. through the upcoming crises well. 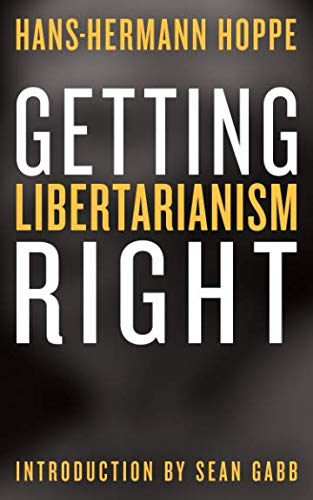 The CDC is facing a large budget cut so it’s no shock that they would try to blindside Trump to make him look reckless now. But Trump shouldn’t take that bait and move past it.

Trump can and will make easy political work of his opponents trying to hector him for spending cuts by reminding them all that they have done nothing but block his ability to control the border to the country.

If anything this will strengthen Trump’s hand across a number of real issues.

During times of crisis and/or war how often is there a radical change in leadership? Not often. It will take a lot more than a few thousand points off the Dow and some fear-mongering to shift the electoral map of the U.S. far enough for Bernie Sanders to beat him.

Public health crises are not the time to grind political axes. The fact that even the best critics of the U.S. succumb to that tells you the depth to which the failures of Marxism scare them.

Because make no mistake, any failure to contain this virus will come from our having too much faith in the myth of central planning, not in not having enough of it.

Today, I’m Publishing the Document That Could Save Us From WarThe CIA’s Role in Operation Condor